„For the Court, it could be…“: Electing Constitutional Judges in the US and Germany

These are the words of iconic U.S. Supreme Court Justice Ruth Bader Ginsburg, asked about the presidency of Donald Trump by the New York Times in 2016. And Indeed, Trump will shape the U.S. Supreme Court for decades. Presumably this Saturday, it will be decided whether Judge Brett Kavanaugh will be appointed Justice at the court despite serious sexual abuse allegations. His possible appointment is explosive for several reasons. For one, it shows that there is still no fair arena for women’s speech. The credibility of the psychology professor Christine Blasey Ford, who spoke out publicly against Kavanaugh in a testimony before the Senate Judiciary Committee, is attacked by senate republicans; now Trump himself unbearably mocked her at a political rally. Moreover, Kavanaugh’s likely appointment as next member of the Supreme Court and the considerable protest it sparks shows how deeply the U.S. society is divided, how hardened the camps are between Trump supporters and opponents.

Politically, there is a lot at stake: Kavanaugh would solidify the conservative majority on the Court for many years. Justice Anthony Kennedy’s retirement earlier this year gave the influential alliance of legal organizations, think tanks, and donors from the conservatives a long awaited chance to bring a majority of the Supreme Court in line with their ideological views. It will affect issues ranging from women’s reproductive rights to LGBTQI rights; the Guardian calls the second Supreme Court pick for Trump after Neil Gorsuch the ‘liberals’ worst nightmare’. On the basis of a comparative view to the respective legal framework of Germany (i.e. the legal framework for becoming Justice at the highest court), this contribution criticizes the applicable constitutional requirements under the U.S. Constitution to be appointed as Supreme Court Justice. Namely, it is criticized that in the U.S. only a simple majority vote by the Senate is required to confirm or reject the president’s nominee that potentially becomes Justice for a lifetime. It is shown that the German system contributes to judicial independence and that only moderate candidates are eligible for an election that requires a two-third majority of votes.

In the U.S., the “Appointments Clause” (Article II, Section 2, Clause 2) states that the president “shall nominate, and by and with the Advice and Consent of the Senate, shall appoint … Judges of the supreme Court.” Hence, to receive appointment for the court, a candidate must first be nominated by the president and then confirmed by the Senate. The precise criteria used in selecting a Supreme Court nominee vary from president to president; in almost all cases it is about their professional qualification as well as their political stance. In other words, presidents nominate justices who will likely decide cases consistent with the president’s political preferences. Depending on how many vacancies occur at the Supreme Court during their office period, a president may have a significant influence on the filling of several of these important posts. Indeed, after nomination by the president, candidates must face a series of hearings before the Senate Judiciary Committee which may vote to send the nomination to the full U.S. Senate. However, it is rare for the nominated candidate to be rejected later on.

The German constitutional system stipulates that the right to nominate candidates for the Office of Justices at the Federal Constitutional Court (FCC) lies with different bodies, hence balances the power. Article 94 of the Basic Law stipulates that the 16 FFC Justices, eight in each of the two senates, shall be appointed by the Bundestag and the Bundesrat (half each). For the procedure in the Bundestag, the German Parliament, (section 6 of the Act of the Federal Constitutional Court), the so-called Election Committee (Wahlausschuss) has the right to propose candidates. The Election Committee is appointed at the beginning of each election period and consists of twelve members of the Bundestag, who are elected on proposal of the parliamentary groups according to the rules of proportional representation. If at least eight votes of the members of the Election Committee fall on one candidate, he or she is proposed to the plenum of the Bundestag for election. In the election procedure of the Bundesrat, the Federal Council, (section 7 of the Act of the Federal Constitutional Court), the Justices are elected after a resolution proposal of a special commission (Findungskommission). In practice, it has become established that the different parties, SPD, CDU/CSU and Greens can alternately submit a proposal (the Green have the right for every fifth proposal, SPD and CDU/CSU take turns every appointment).

As stipulated under the Appointments Clause, it is the constitutional responsibility of the U.S. Senate to provide “advice and consent” to the president. Indeed, it is common practice for presidents to consult with Senate party leaders as members of the Senate Judiciary Committee before choosing a nominee. However, constitutional scholars have differed as to how much relevance the word “advice” has. Historically, the degree to which Senate advice has been sought or used has varied, depending on the president. As pointed out, it rarely happened that candidates got rejected by the Senate, which is unsurprising considering that a simple majority vote of the full Senate is sufficient to confirm or reject the nominee. Hence, Democrats or Republicans can usually confirm their candidate alone without each other’s approval. Confirmation by the Senate allows the president to formally appoint the candidate to the court. The respective requirements under the German legal framework, however, are more demanding. In both, the Bundestag and the Bundesrat, a two-thirds majority of votes is required to confirm the proposed candidate. Thus, it is almost impossible for one political camp alone to appoint a candidate.

Lifetime appointment in the U.S. vs. 12 years of service at the FCC

Under the U.S. Constitution, Justices on the Supreme Court are appointed for lifetime. It is argued that this rule helps to ensure the court’s independence from the president and Congress. However, as current events show, it also means that one presidency can determine the country’s political agenda for decades. In Germany, to the contrary, Justices are elected for a term of twelve years. Unlike in the U.S., there is a maximum age limit of 68 years. To ensure their independence, the re-election of sitting Justices is not possible (section 4 of the Act of the Federal Constitutional Court).

The German appointment system of FCC justices is also under criticism, especially due to controversies about the distribution of the votes for individual parties. In principle, however, the FCC enjoys a high reputation which is not least because it is considered distant from politics. Individual members of the court are difficult to assign to political camps. In the U.S., however, the Supreme Court became part of Trump’s “rule of law-nightmare” that has affected the whole country, institution by institution. As illustrated by the two examples of Trump’s picks – current Supreme Court Justice Neil Gorsuch and nominee Kavanaugh – show that the political agenda of the candidates became so obvious that it is hard to still believe in their integrity and impartiality. Kavanaugh himself described the sexual abuse allegations against him as „a calculated and orchestrated political hit by Democrats”, thereby losing the neutrality required by the office and revealing the lack of a, what lawyers call, ‚judicial temperament‘.

Explore posts related to this:
Bundesverfassungsgericht, Richterwahlen, US Supreme Court

Other posts about this region:
Deutschland, USA 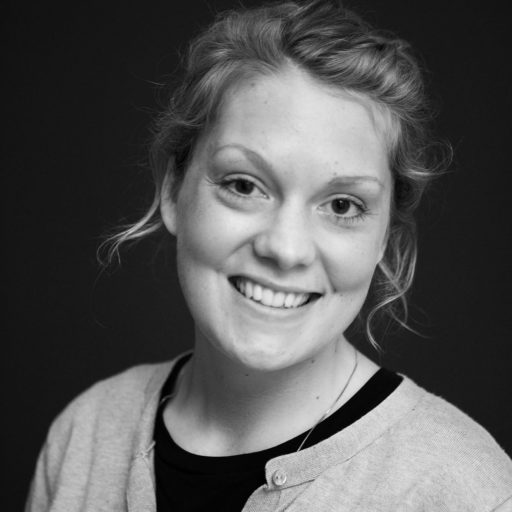 Pauline Weller Pauline M. S. Weller, LL.M. (EUI), is a PhD Researcher at the Law Department of the European University Institute (EUI) in Florence and also working as a Research Assistant for Nora Markard, MA, Professor for Public Law, International Public Law and Global Constitutionalism at University of Hamburg.

Explore posts related to this:
Bundesverfassungsgericht, Richterwahlen, US Supreme Court

Other posts about this region:
Deutschland, USA 9 comments Join the discussion
pixel_not_set
Go to Top