From Defensive to Assertive: China’s White Paper on Human Rights

On December 12th 2018 the State Council Information Office of the People’s Republic of China (PRC) published a white paper (WP) titled ‘Progress in Human Rights over the 40 Years of Reform and Opening Up in China.’1) The paper, which seems to be targeting more foreign audiences than a domestic one, reflects upon the progress China has made in the field of human rights since Deng Xiaoping’s liberalization and opening up reforms that began in 1978. The 40-year anniversary of the reforms that led China to become a global economy was broadly celebrated in China, not only for the country’s achievements in its gradual liberalization brought it to the forefront of the global world, but also because its successful model based on ‘socialism with Chinese characteristic‘ can begin to be exported abroad, including when it comes to human rights. Especially after Xi Jinping came to power in 2013, one of the most dramatic realizations for the US and the so-called ‘liberal world’ was that the policy of engagement had failed.2) The belief that China, in pursuing economic policies convergent with liberal market ideas, sooner or later would be brought toward complete assimilation of liberal values had become a mirage. With the 19th Party Congress held in October 2018, Xi not only has defended China’s unique developmental path, but has also positioned the country as an example to emulate: “the culture of socialism with Chinese characteristics has kept developing, blazing a new trail for other developing countries to achieve modernization. It offers a new option for other countries and nations who want to speed up their development while preserving their independence, and it offers Chinese wisdom and a Chinese approach to solving the problems facing mankind.”3)

Since 1991, China has been publishing white papers on human rights almost regularly, either focusing on the overall Chinese view on human rights, the progress of the country regarding human rights or on dealing with specific matters like minorities, rule of law, Tibet or Xinjiang.4) The WP in question shows the exceptional achievements of China in human rights over the past 40 years -especially lifting 800 million people out of poverty, which was also acknowledged by the UN Special Rapporteur on extreme poverty and human rights, Professor Philip Alston.5) However, in the field of political and civil rights, the progress was thin and it seems that liberal values do not sit well with the leadership of the Chinese Communist Party, especially after Xi eliminated his presidential terms limits. For China, this does not necessarily appear to be an issue as it has been following its ‘unique path’ of human rights.6) In the national report submitted to the Human Rights Council, China argued that “[t]here is no universal road for the development of human rights in the world. As an important element in the economic and social development of each country, the cause of human rights must be promoted on the basis of the national conditions and the needs of the people of that country.”7)

The WP seems quite similar to the previous ones in the way it describes human rights with Chinese characteristics, namely by putting a focus on national conditions as the foundation, whereby the people rather than the individuals are at the center and development rights are the priority. The document is divided into eight parts,  with much emphasis on the right to subsistence and development that are discussed in Section II entitled ‘Better Protecting the Rights to Subsistence and Development.‘ One has to wait for the following section in order to get some hints of political and civil rights. However, there seems to be a profound difference in the way civil and political liberties are understood. For instance, in Section III the ‘Multiple means to guarantee the right of expression,’ the right of expression is measured merely by counting the number of newspapers, broadband users and internet access rather than by whether and to which extent freedom of expression is guaranteed

If one moves away from the propaganda of the WP and looks at the UN Periodical Review and other reports from human rights defenders, the situation of human rights in China becomes less rosy. For instance, in Xinjiang hundreds of thousands of members of the Uighur Community have been detained in reeducation camps. In Hong Kong, autonomy of the Special Administrative Region, which according to the Sino–British Joint Declaration of 1984 should exist to a high degree, has been increasingly eroded alongside civil and political liberties.8) While the WP cannot be relied upon to get a picture of the real human rights situation in China, it is undoubtedly a good source for understanding the Chinese official position and ideology about human rights. It reminds us once again, that the path China has been following and will continue to follow concerning human rights is neither one prescribed by mainstream economists nor by political scientists, that support the idea of converging different human experiences into a unitary liberal world.9)

China’s almost thirty-year tradition of human rights white papers shows the continued relevance of the discourse of human rights. A major development which can be observed is that it has moved away from being defensive –the first 1991 WP on human rights was a response to the criticisms after Tiananmen- to being more assertive in the promotion of its vision of human rights. Furthermore, the WP under consideration states that China can provide Chinese solutions to global human rights governance, which is a field in which China has been increasingly active at the UN General Assembly and Human Rights Council by making proposals and advancing amendments. In particular, the WP states that China proposes 1) a place right to subsistence and development as fundamental rights, 2) a promotion of people-centered human rights, 3) a focus on each countries’ historical and national conditions.

China’s new assertive stance on human rights goes hand in hand with the promotion of the realization of a ‘global community of shared destiny,‘ which is repeated various times in the text of the WP under consideration. The notion made its first appearance in the WP of 2016, when it was mentioned once in the WP ‘The Right to Development: China’s Philosophy, Practice, and Contribution‘. It was further articulated as a concept in the WP ‘Actively Promoting the Development of Global Human Rights Under the Rule of Law’ of 2017. The notion ‘community of shared future of destiny’ ( renlei mingyun gongtongti人类命运共同体) was used for the first time by Xi Jinping in 2013 in a speech at the Moscow State Institute of International Relations. Since then, he has used it many times in official speeches, becoming part of his official thought and enshrined in the Constitution in addition to being the ultimate goal of the Belt and Road Initiative.10)

The most articulate version of the notion was provided by 2015 by Xi Jinping and was described as an open, inclusive, clean world that enjoys lasting peace, universal security and common prosperity through dialogue and consultation, joint efforts, win-win cooperation, exchanges, mutual learning, and by pursuing green and low-carbon development.11) Authors have much speculated about its meaning. For Nadège Rolland it reflects Beijing’s aspirations for a future world order that is different from the existing one and more in line with its interests and status.12) For Ted Piccone such innocuous language ‘hides deeper meanings in the discourse of international relations – a desire to reinforce orthodox interpretations of principle of national sovereignty and nonintervention in internal affairs, undermine the legitimacy of international mechanisms to monitor human rights, avoid name and shame tactics and sanctions, and weaken protections of human rights defenders and independent media.’13)

Whether or not the meaning is the one these authors are suggesting while departing from other vague words such as peaceful development or harmonious society, the notion of ‘a community of shared future for humanity’ made its way to UN documents. Its inclusion in documents of the UN General Assembly, the Security Council and the Human Rights Council shows that it has become part of the international human rights discourse. Now that it has been increasingly able to dictate new meanings within the human rights discourse, which is also due to the void created by the US, China has become a strong supporter of human rights, multilateralism, and international organizations in its own sense. In the past years it has been playing a much more active role in the Human Rights Council in order to block criticisms from other countries about its repressive attitudes with human rights, thereby promoting a sovereigntist approach to human rights that uses the rule of law to bring civil society under the state control and pushing forward a vision of human rights that is collective, aimed at promoting social stability and that places developmental and subsistence rights first.14) The WP language confirms this more assertive China in the field of human rights that is gradually but steadily eroding the universality of the human rights discourse and the meanings that have been injected into it in the past decades. 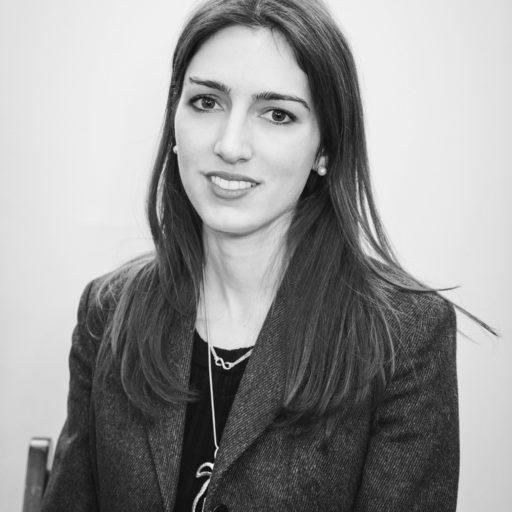 Maria Adele Carrai Dr. Maria Adele Carrai is a sinologist and political scientist with an interest in conceptual history and history of international law. She is currently a recipient of a three-year Marie Curie Fellowship at KU Leuven and a Fellow at the Italian Academy for Advanced Studies of Columbia University.

Other posts about this region:
China 2 comments Join the discussion
Go to Top