From Dialogue to Trialogue

Easing the tension between Luxembourg and Karlsruhe

Anyone who receives applause from the wrong side makes himself suspect. The Federal Constitutional Court appears as a projection screen for autocratic power fantasies. The AfD, PiS and Orban, however, only functionalize the ECB ruling, either to enforce their own political power, which shakes the foundations of the constitutional state, or as a lever for national criticism of a supposedly expansive European Union. No sooner had the judgment been passed on the opinion market than media reflexes of politics, business and also science followed, drawing lines of conflict like woodcuts: between exuberant European integration and national legitimation, between independence from the European Central Bank and the Bundesbank and their political control, between European solidarity and national egocentrism. Sometimes a narrative becomes visible which dwarfed the ECJ into a victim of overbearing and all too self-confident constitutional judicature. However, it is clear that differentiated and complex legal argumentation is hardly suitable as an object of public political debate for opinion leadership. The escalation to collision does only superficially, if at all, justice to both of the judicial actors. Short-winded reflexes fail to recognise the actual problem of a judicial dialogue that has failed in principle and thus at the same time obstruct the path to its solution.

At its heart is the conflict that has been smouldering for years between Luxembourg and Karlsruhe over the legitimacy of European sovereignty. On the one hand, the ECB judgment recalls the premises of this conflict, but on the other hand it also proves that both courts are characterized by divergent legal-methodological approaches and procedural prerequisites for finding justice, particularly in questions of competence. A solution to this divergence can, however, – beyond the specific case – only lie in changing the genetics of European judicial control.

Anyone who, like the European Commission, accuses the Federal Constitutional Court of breaking off the judicial dialogue with the ECJ is misjudging the history and legal context of the decision, as are those who want to see the judgment as a rejection of Europe. Conversely, the European Court of Justice is not the „bad guy“ that uncontrollably erodes member state competences and undermines the political legitimacy that rests on democratic procedures in the member states, as Dieter Grimm recently indicated again in the FAZ. Certainly, the jurisprudence of both actors reflects the tension between the final integration of the European Union, expressed in the primacy of European law, and the integration-proof constitutional identity, now effectively implemented through constitutional ultra vires control. Behind this, one may see two classical concepts of sovereignty. On the one hand, a „European sovereignty, which for some is „violated at its core“ and which is characterised by the legal nature of the European Union as a community of law, with the ECJ as its guardian. On the other hand, the traditional concept of derived sovereignty, according to which the European Union only legitimises itself to the extent that its competence derives from the democratic will of the Member States. The Federal Constitutional Court expressly recognises the primacy of European law even over national constitutional law, but nevertheless reserves the right in a very special exceptional case to examine whether the institutions of the European Union – including the ECJ – comply with the competences assigned to them in the legislation and interpretation of European law. Dieter Grimm rightly points out that the Federal Constitutional Court has already made wide concessions with regard to the primacy of European law, in which it has set high hurdles for the unconstitutional use of European competences with the formulation „simply incomprehensible“ and „objectively arbitrary“, precisely with the aim of protecting the jurisdictional competence of the ECJ. The paradigms are therefore not new, and the result of their application is hardly surprising.

Whereas the Federal Constitutional Court is not an implacable guardian of national legal treasures, the European Court of Justice does not turn out to be the cold champion of merely functional internal market integration either. It is precisely in a central area of national sovereignty – criminal law – that a functional change in the jurisdiction of the European Court of Justice can be observed in recent years. The court has evolved from the motor of European integration directed towards finality to the guardian of fundamental rights and principles of the rule of law. This is particulary true for the European area of freedom, security and justice. Since the ECJ ruling „Aranyosi and Caldararu„, divergent developments in the protection of fundamental rights in the EU have led to a limitation of the once purely functional principle of mutual recognition in order to protect fundamental rights. The ECJ countered national interventions in the judicial system by strengthening the independence and impartiality of judicial control throughout Europe. Last but not least, European data protection has continued to develop since „Digital Rights Ireland„. What began as a potential conflict between European and national (constitutional) jurisdiction has changed into a judicial dialogue of fundamental rights protection that permeates the EU and its member states both horizontally and vertically – traces of a pan-European judiciary to protect elementary principles of the rule of law.

This is worth mentioning because a judicial dialogue is only just beginning to develop in Europe. It is necessary because encroachments on fundamental rights are neither purely national nor purely European, but rather institutions are developing beyond the state and in some cases beyond the European Union, which require legal control for the sake of freedom. Modern sovereignty is shared sovereignty, and the political power that emanates from it is only weakly contained in judicial terms. Anyone who uses political power to intervene in complex processes of judicial dialogue inevitably loses sight of the fragility of European legal protection: infringement proceedings are therefore of no help to anyone, they weaken the independence of the Third Power as a whole.

Divergent prior understandings and methods of the highest courts in Luxembourg and Karlsruhe are part of these complex processes, and they also contain reasons for the failure of a judicial dialogue. Rather than resorting to an executive approach to a legal conflict by means of infringement proceedings, it would seem more appropriate to address these reasons. The legal core of the problem is the interpretation and function of the principle of proportionality. While the Federal Constitutional Court regards proportionality as an element of the principle of conferral, i.e. as a criterion for the delimitation of competences between the EU and the Member States, the principle does play a role in the case law of the European Court of Justice as a limit for encroachments on the freedoms of the internal market or on fundamental rights protected by the European Union, but not necessarily in determining the competences of the European Union.

Here too, the European criminal justice area may serve as evidence: Both in the demarcation of competences between internal and external security policy (ECJ C-130/10) and in the question of the extent to which criminal sanctions can be part of the EU’s policy areas (ECJ C-440/05), the ECJ’s argumentation always follows a functional means/objective relationship. The Federal Constitutional Court’s demanding test programme, which focuses on suitability, necessity and appropriateness, does not at all correspond to the ECJ’s preliminary understanding. The latter’sposition may be closer to the Treaties, may be more open to nuances of political discretion. It also follows that the density of control which the Federal Constitutional Court demands of the ECJ would entail a paradigm shift for the latter in the choice of its methods. This now appears unusual for the ECJ in judicial practice because, for example, the procedural option of including expert opinion in its judgment would only exist in principle if the parties demanded it. If the Federal Constitutional Court bases its considerations on the epitome of the main hearing and – impressively in terms of argumentation – normatively processes monetary and economic policy expertise within the framework of appropriateness, the ECJ tends to follow the parties‘ argumentation. This is simply a different style of law in accessing facts relevant to the decision.

Beyond the specific case, it follows that the actors must strive for mutual recognition and further develop the premises of their finding of justice through dialogue – without external intervention. Why should nothing „good“ follow from seemingly „evil“ by changing the genetics of judicial control in Europe? A kind of policy of legal détente is needed between Luxembourg and Karlsruhe. This may require a third party – the European citizen himself. What if the starting point for judicial control in Europe were not the submission of a court, but the citizens of the Union seeking legal protection?  If EU citizens were able to bring subjective rights arising from EU law directly before the European Court of Justice, this would also contribute to harmonisation in the interpretation of elementary legal principles – the easing of judicial dialogue would be the result. 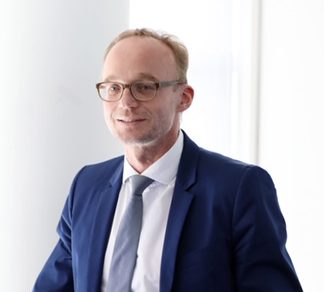 Other posts about this region:
English Articles, EuGH No Comments Join the discussion
Go to Top