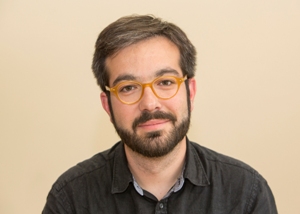 Dr. Nikos Skoutaris is a Senior Lecturer in EU law in the University of East Anglia, Norwich, UK. His website is ,On Secessions, Constitutions and EU law'.

SHOW ALL ARTICLES OF
Nikos Skoutaris

On 20 December 2016, the Scottish Government released its blueprint on how Scotland can remain in the European Single Market post-Brexit. From the governing SNP’s point of view, the paper can be seen as a compromise given that it does not advocate Scottish independence. Instead, it proposes that the best outcome for the UK as a whole is to remain in the European Economic Agreement following the ‘Norway model’. It recognises, however, that in the current political constellation this seems unlikely. So, it argues for the continued membership of Scotland in the European Single Market.

This can happen through the EEA equivalent of the ‘Reverse Greenland’ model. The UK will maintain its EEA membership but there will be a territorial exemption for England and Wales. The EEA acquis will fully apply only in Scotland (and potentially in Northern Ireland). The precedent for that can be also found in the Arctic circle. Norway has secured a territorial exemption for the insular islands of the archipelago of Svalbard that are not part of EEA.

The Scottish Government recognises that the realization of the proposal will need flexibility both from the UK Government and the European partners. To this effect, the blueprint suggests certain ways in order to somehow absorb the tensions coming from a differentiated Brexit. In a recently published paper I have explained that the ‘Reverse Greenland’ model would lead to the creation of a hard customs border within the territory of the UK. This is why the Scottish Government suggests that Scotland should remain within the UK customs area.

With regard to the free movement of persons, however, the suggestions are less comprehensive. First, the proposal does not explain who of those residing in Scotland will be considered EEA nationals and thus enjoy the free movement principle and who will not. More importantly, and with regard to the management of the territorial border between an area where the free movement of persons will apply (Scotland) and one that will not (England and Wales) the proposal suggests a smart but unclear solution. It suggests that whatever instruments are used for the Northern Ireland/Republic of Ireland border should be applied mutatis mutandis between Scotland and England. It is true that the UK Government has promised that the Irish border will not become a ‘hard border’. However, neither the UK Government nor the Northern Ireland Executive nor the Government of the Republic have explained how this aim will be achieved. So, drawing an analogy with a policy that has not yet been crystalised and at the moment it is far from clear what will exactly entail, is a high risk policy for the Scottish Government.

More importantly, the paper advocates a dramatic constitutional amendment to the devolution arrangement in order Scotland to take part effectively in the political and legal life of the European single market. According to the blueprint, Scotland would have to acquire competences in a number of areas, such as international relations like the Belgian sub-state entities and immigration like Quebec. In particular, the proposal challenges the very idea of ‘repatriation of powers’ by questioning which patria (home country) should acquire the competences that are currently exercised by the EU. Is it Westminster or Holyrood the appropriate forum for the formulation of the immigration policy in Scotland?

Given the dramatic changes that such an arrangement would mark to the constitutional status quo of the UK, one has to wonder why the UK government would accept such a solution. Equally, there is a question why Scotland would settle for something less than its independence. For the UK Government, the biggest incentive to sponsor Scotland’s Single Market membership would be that it represents a tangible alternative to secession. The UK might become almost a confederation but it will still be one recognised State under international law. On the other hand, Scotland could avoid the tensions that a second independence referendum might create.

In any case, both the current UK and European legal frameworks seem somehow unable to accommodate the very different aspirations of the UK constituent nations. In this sense, their significant amendment is almost unavoidable.