While possibly marking a step in the right direction towards more political accountability, the controversial resignation of Frontex’s former Executive Director, Fabrice Leggeri, leaves open the question about the effective judicial protection for migrants interacting with the agency. A number of judicial actions are brought before the Court of Justice of the European Union (CJEU), as the only competent tribunal with jurisdiction on Frontex, this being an EU agency. By critically reviewing these judicial actions from the perspective of migrants’ access to justice, this post aims to flag the limits of the existing system of EU judicial remedies in light of Frontex wrongdoings. It is, therefore, suggested that, beyond access to a court, access to justice vis-à-vis EU migration agencies must integrate elements of good governance, such as transparency and accountability.

Scholars have stressed the difficulties individuals encounter when challenging EU law acts or the conduct of EU institutions, organs and agencies. Such a difficulty has become particularly evident with reference to Frontex operations, and this is well illustrated by the legal actions triggered against the agency over the past months by many civil society organizations, including, Front-LEX, Progress Lawyers Network, Greek Helsinki Monitor and Sea Watch, as well as law firms like Prakken d’Oliveira.

Last 7 April 2022, the EU General Court decided on the first of these legal actions by determining the inadmissibility of the action for failure to act, ex Article 265 TFEU, in the case of  SS and ST. The case alleges that Frontex contributed to the violations of fundamental rights, including physical violence, detention, and pushback at sea, during the Joint Operation Poseidon in the Aegean Sea, off the Greek coasts. Accordingly, the agency was accused of being responsible for serious violations of EU primary law, including Article 18 of the EU Charter on the right to asylum, and of secondary legislation, such as the 2019 European Border and Coast Guard Regulation. Pursuant to Article 46(4), this Regulation requires the agency’s Executive Director to

As is known, under Article 265 TFEU, the applicants have the obligation to call on the institution or body to act prior to bringing the case before the Court. However, in declaring the action inadmissible, based on previous case law, the General Court clarified (para. 16) that ‘Article 265 TFEU refers to a failure to act in the sense of failure to take a decision or to define a position, and not the adoption of a measure different from that desired or considered necessary by the persons concerned.’ In fact, upon applicants’ request, on 23 March 2021, by a letter, whose content was considered ‘perplexing, irrelevant, and abstract’ Frontex Executive Director informed the applicants that the conditions for the adoption of a decision, based on Article 46(4) were not satisfied in the present case, pointing out that ‘none of the incidents mentioned by the applicants could demonstrate the existence of infringements of fundamental rights.’ The same considerations will apply to another action for failure to act currently pending before the Court in Naass and Sea Watch.

Nevertheless, in SS and ST, the General Court provided useful clarifications from the perspective of EU judicial remedies, essentially recognising (para. 33) that the considerations regarding the fact that Frontex’s position ‘lacks clarity, is not sufficiently detailed and does not provide duly substantiated reasons…could, where appropriate, have formed the basis of an action for annulment under Article 263 TFEU.’ Still, such a suggestion by the CJEU concerning the action for annulment is particularly perplexing in the light of the traditional limits that make such an action particularly cumbersome. Article 263 TFEU requires, in fact, that a natural or legal person must prove that an act is addressed to them, or that it concerns that person directly and individually. The nature of Frontex’s activities, however, is problematic from the perspective of an action for annulment, because the execution of border management tasks often manifests itself in the form of de facto conduct that does not involve the adoption of legally binding acts. This would, for example, be the case when Frontex physically prevents migrants from entering a Member State’s territory or rejects them after they have entered. Scholars have highlighted that this form of factual administrative conduct could not meet the pre-requirements established for an action for annulment.

Finally, despite its potential, the action for damages, under Article 340(2) TFEU, on which two cases have been brought before the Court in WS and others and Hamoudi respectively, has also some limits. Interestingly, some scholars have argued that action for damages can constitute a remedy for fundamental rights violations committed by EU bodies, in cases of informal or factual conduct. However, the EU liability law mechanism under Article 340(2), was not originally designed as a fundamental rights tool. Accordingly, stringent conditions apply there as well including, first and foremost, the need to establish that the wrongful conduct is attributable to an EU body, thereby to Frontex. This is a particularly difficult requirement in complex multi-actor operations, where next to Frontex staff, Member States’ agents (of the host State but also other States) are involved. Additionally, Frontex’s expanding operational mandate does not always clearly spell out the agency’s task, thereby blurring the contours of the Member States’ competences and those of the agency.

Nonetheless, these pending actions for damages can certainly leave space for creative case law, as the Court will not be able to exempt itself from ascertaining whether and how the alleged wrongful conduct is attributable to Frontex. Still, the Court may decide to revisit its case law as regards the conditions, which are relevant to establish the EU liability, namely the occurrence of the damage by the victim and a causal link between the unlawful conduct and the damage. This would be a step in the right direction of the realisation of the right to compensation for damages as a fundamental corollary of effective access to justice, as emphasised by Advocate General Geelhoed in Lamberts. What is more, the Court will be forced to recognise the existence of a problem and to start delineating its nature, which would not be a small achievement.

These ongoing legal actions that complement the investigations launched at the institutional level by the EU Anti-Fraud Office (OLAF), the European Court of Auditors (ECA), the European Parliament, and the European Ombudsman, are strikingly illustrative of the lack of clear avenues for access to justice for migrants. Lodging these actions is to be welcomed, as they give the Court of Justice a chance to deliver case law and even contribute to understanding the limits of Frontex’s work as well as the limits of the current system of EU judicial remedies. The latter does not reflect (nor do the Treaties either) the emerging integrated administration. This sees EU agencies cooperating with State authorities for the fulfilment of policy objectives. The joint exercise of executive powers by national authorities and EU agencies has been creating accountability gaps that the existing system of judicial remedies is unable to address.

A realistic option to facilitate access to the Court could entail revising the European Border and Coast Guard Regulation Regulation. In this regard, Article 263(5) TFEU establishes that

‘acts setting up bodies, offices and agencies of the Union may lay down specific conditions and arrangements concerning actions brought by natural or legal persons against acts of these bodies, offices or agencies intended to produce legal effects in relation to them.’

Such a provision can be used to lay down in the statutory Regulation of the agency specific conditions that facilitate actions for annulment, thereby overriding, in part, the ‘insurmountable barrier’ for the admissibility of individual appeal.

However, it is also essential to stress that whatever the reform of the EU judiciary, it cannot set aside the fact that the CJEU will be competent only to the extent there is a clear attribution of an alleged wrongful conduct, either act or omission, to an EU body. Also, in a shared legal order, emphasis should not only be put on the role of supranational courts, which are often ‘distant both in terms of fact finding and legal proceedings.’ Instead, judicial remedies at the national level can be more helpful, also to determine the responsibility of Member States involved in Frontex operations, as the avenues for the accountability of the State might be broader and may come with more significant redress for the migrants.

Finally, in light of the aforementioned limitations, a ‘dynamic concept’ of access to justice for migrants is being suggested here, beyond its narrow interpretation as access to a court, to achieve ‘justice’ beyond the existing system of judicial remedies. This could possibly suggest the integration into the concept of access to justice of elements of good administration, such as transparency and accountability. These can contribute, on the one hand, to changing Frontex’s institutional culture, and on the other hand, ensuring adequate forms of control and political oversight on the agency’s mandate. Such a composite understanding of access to justice could be more relevant for an evolving integrated administration, whose developments via the expanding mandate of EU agencies are not entirely caught by the existing legal system.

The EU legal order, originally devised to mainly favour economic integration, has not been able to adequately embed in its constitutional fabric the emerging system of integrated administration. This would require fundamental changes including the completion of the accession to the European Convention on Human Rights (ECHR) as well as a treaty revision that is, however, rather unlikely, despite the recent resolution of the European Parliament. On the other hands, courts can definitely play an important role in interpreting existing laws but they are not definitely well placed for far-reaching changes of the existing system.

Civil society mobilization, quasi-judicial bodies, like the European Ombudsman, as well as national implementing authorities are actors that can contribute to a more functional understanding of access to justice by opening avenues for political accountability, denouncing lack of transparency, and keeping on stimulating national and supranational Courts about the need for effective safeguards. 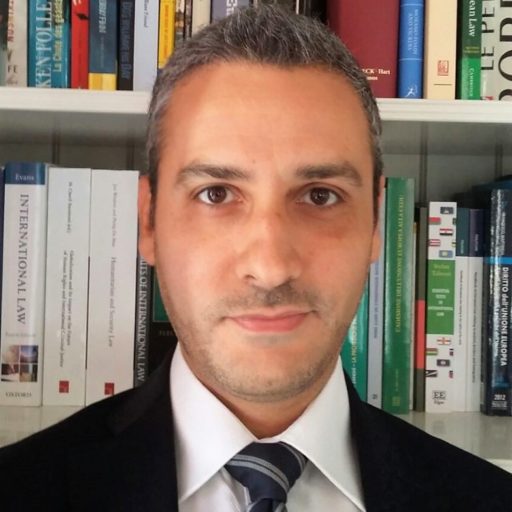 Salvo Nicolosi Salvo Nicolosi works as Senior Lecturer in European and International Law at Utrecht University Law School, where he leads the Building block on Citizenship and Migration within the Utrecht Centre for Regulation and Enforcement in Europe (RENFORCE).