On the international plane, Germany has as strong a position as one could wish for. In its 2012 Jurisdictional Immunities judgment, the ICJ in unambiguous terms found Italy responsible for a threefold violation of the customary principles of state immunity: by allowing civil claims against Germany in the first place; by taking measures of constraint against Villa Vigoni which serves a non-commercial government purpose; and by declaring enforceable in Italy decisions of Greek courts upholding civil claims against Germany. The Court also expressly obliged Italy to “ensure that the decisions of its courts and those of other judicial authorities infringing the immunity which the Federal Republic of Germany enjoys under international law cease to have effect.” There can be little doubt that sentenza 238/2014 is in clear contradiction to Italy’s obligations under the ICJ Statute, thus adding to the violation of the principle of state immunity itself.

Trapped in Contradictions, or: The Ambivalence of Dualism

Even if Germany could, with all probability, successfully appeal to the ICJ a second time in order to challenge sentenza 238/2014, the question is whether such a move seems advisable. Because of its own dualist stance towards international law Germany is trapped in what one might call the ‘ambivalence of dualism’.

Like the Corte Costituzionale, the Federal Constitutional Court (FCC) sees basic tenets of the German constitutional order as protected even against conflicting international legal obligations. This has been underlined just recently by two decisions of December 15, 2015: concerning a ‘treaty override’ by the federal legislator and, even more pertinent, concerning the execution of a European arrest warrant. Here, the FCC assumed a competence and even a duty of German courts to assess whether in the member state demanding extradition the accused will be inhumanely treated, according to the standard of art. 1, para. 1 Basic Law. In case of a danger of such a violation, the extradition must not be granted.

So long as the cases are unrelated, Germany would not be formally estopped to challenge before the ICJ a legal position it takes itself within the context of EU obligations; Germany would, however, be at least trapped in a principled contradiction (Wertungswiderspruch), should it attack sentenza 238/2014 on the international plane because of non-compliance with the ICJ’s judgment. Like Italy, Germany takes the position that international (and supranational) obligations must be disregarded should they collide with basic constitutional principles of domestic law; like Italy, Germany takes the position that due process is one of the grounds to justify this kind of disobedience. To make this contradiction even more palpable: the European arrest warrant under German scrutiny had been – ironically – issued by Italy.

Germany and the Law & Politics of History

Germany is trapped in yet another contradiction: while its foreign policy traditionally favours a mildly progressive path, laying special emphasis on the importance of human rights, the Distomo and Ferrini cases forced Germany into the role of an advocate of old-school inter-state law. Why forced? For obvious reasons, Germany tries to keep its history out of the courtrooms.

It would be a misrepresentation to see this as an unwillingness to bear responsibility for atrocities committed during the Nazi period. On a political level Germany is generally prepared to accept that responsibility, not only symbolically, but also financially. From 1956 to the end of 2013, Germany paid a total amount of 71 billion Euro as reparation to surviving NS victims. However, the patchwork of instruments set up soon after the foundation of the Federal Republic of Germany excluded foreign NS victims whose compensation was left to a series of non-comprehensive bilateral lump-sum agreements with other European states.

Payments to Italian citizens who were subjected to NS persecution were covered by a bilateral treaty of June 1961. According to the German government this Globalabkommen was meant to cover all individual claims, even though the 600,000 so-called Italian military internees (IMI) and other victims of German wartime action were by definition excluded from the notion of “persecution”. Without going into details, given the still wide-reaching mediatisation of the individual in international law in 1961, it is well arguable that with this treaty both States agreed to limit the World War II victims for whose suffering Italy would demand compensation from Germany to those groups covered by the 1961 treaty. On the surface, the situation seems settled between Germany and Italy.

Over the last 15 to 20 years, there has been a growing discontent with this final settlement, or Schlussstrich approach – for three reasons:

– Firstly, there are the inherent limitations of the 1961 treaty. Those excluded from the notion of “victim” had suffered a fate that might have been formally legal according to the law applicable in the 1940s, but which prompted (or even necessitated) a change of these laws in the 1949 Third and Fourth Geneva Conventions.

– Secondly, there is a change of international law. The last 25 years have witnessed a shift of perspective from the formerly state-centred system to the inclusion of the individual and their rights. As a parallel development, the traditional concept of inter-state responsibility has come under pressure to recognise the individual’s own right to reparation for human rights violations, witnessed by the UN “Basic Principles and Guidelines on the Right to a Remedy and Reparation for Victims of Gross Violations of International Human Rights Law and Serious Violations of International Humanitarian Law” of December 2005.

– Thirdly, Germany has in some cases agreed to set up compensation schemes – but only for certain groups of victims, and mostly due to political pressure. Recent examples are the victims of forced and slave labour (2000) and former Soviet prisoners of war (2015).

In an answer to a parliamentary question, the German Federal government stated in March 2016 that Italy remains obliged to observe the ICJ judgment of February 2012 and that it does not intend at the moment to institute further proceedings against Italy while reserving the right to do so. In substance, the German government repeated its position that, as far as Italian citizens are concerned, all matters of compensation had been dealt with comprehensively in the 1961 treaty. Legally speaking, this position is sound. Sometimes, however, relying on law (or a certain legal framing of a problem) misses one of law’s central objectives: to settle disputes.

Behind the legal concepts of state immunity, jus cogens, mediatisation and intertemporality lies a conflict yet unresolved: that of the World War II victims ‘in oblivion’. The IMI and others that suffered from German wartime action have been doubly denied recognition as victims:

(1) diachronically, in that their suffering has been treated as legal in their time while it would be illegal under the amended Geneva rules – the injustices of non-retroactivity,

(2) synchronically, by excluding them from the notion of victims in the 1961 treaty; and again, by not offering them a compensation scheme as has been done e.g. for the forced labourers or the former Soviet prisoners of war – the injustices of differentiation.

This does not argue for opening Pandora’s box by allowing individual claims for compensation based on historical wrongdoings. There are inherent dangers in such a concept. Judges are no historians, and adjudicating history might prove bottomless once one goes further back, with claims relating to colonial times and even beyond. However, in most cases of ‘history taken to court’, compensation is but a secondary aim, the primary being to make the voice of the victims heard and to ‘tell one’s own story’ as a counter-narrative to the hegemonical discourse of the former oppressors.

If law wants to solve conflicts and serve justice, it should provide means to address this need. A possible starting point for the conflict at hand could be the famous Martens clause (Preamble to the IVth Hague Convention of 1907) with its appeal to the “laws of humanity and the dictates of public conscience”. The treatment of the ‘military internees’, the killing of members of the resistance movement and of hostages surely has shaken public conscience and paved the way for the 1949 Geneva Conventions. Thus, it constitutes a breach of an ethical-legal norm which should entail state responsibility in the form of an obligation to engage in negotiations.

If one takes this approach serious the victims should be included in these negotiations. A possible legal argument could be derived from Germany’s decision to include some groups of victims in recent compensation programmes while excluding the IMI. This decision, made today, has to conform with standards of equal treatment as enshrined, inter alia, in article 3, para. 1 Basic Law. Of course, this right only guarantees equality “before the law”, and Germany is not legally obliged to compensate even those groups of victims included in recent schemes. This is not, however, about an equal right to compensation but about an obligation to state reasons for treating groups of victims differently which have hitherto been ‘forgotten’. If the difference is just the amount of pressure on German authorities we might consider sentenza 238/2014 as part of such a campaign for recognition. In this case, equal treatment would at least entail to officially recognise the suffering of the Italian World War II victims and to offer them a forum to make their stories told and heard. 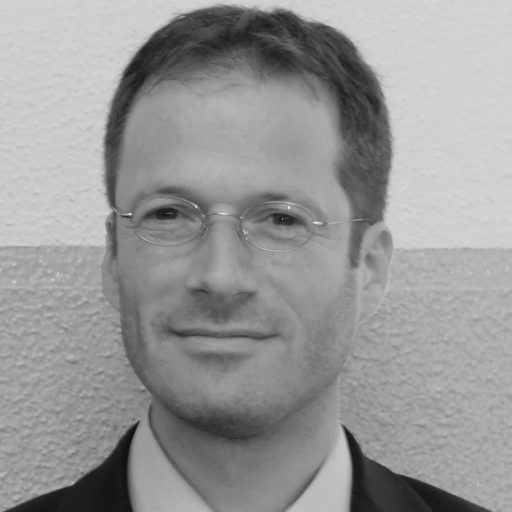