As a Jewish academic currently writing a book in Berlin, I am moved by the significant efforts in evidence across the city to remember the victims of the Holocaust. From the sobering stolpersteine  to the powerful formal memorial sites, the terrible results of denying the worth and value of Jewish, Roma and gay individuals (amongst others) are clearly in evidence.

Yet, memory of past violations cannot be enough: it must spur us to prevent future violations of human rights. In one significant respect, Germany is currently falling short: business interests have clouded the current government’s moral compass in driving it to oppose one of the most important developments for the protection of human rights in the C21: the development of a business and human rights treaty.

Let us begin with the use of forced labour – and complicity in many other major crimes – of German businesses during the second World War. In a visit to certain major German businesses, it was intriguing for me to see how the 1930s and 1940s were often omitted from the histories they showed the public. Perhaps it is time for a greater reckoning of their role – as, business leaders may then find it more awkward to oppose progress in protecting human rights.

To have a sense of what we are talking about, I would like to return to the use of slave labour by the armaments manufacturer Krupp during the second World War. Jews, and other ‘undesirables’ were forced to work as slaves for Krupp: one woman described her experience as follows:

‘[i]t was impossible to do all that was demanded of us. I worked in a galvanizing section, dripping hot irons into cold water. The sparks flew into my eyes and burned my hands. It was terrible. . . . I can hardly believe that I’m still alive today. . . . The German civilian foreman of the Krupp Company kept rushing us and we were all so terrified that if we stopped or slowed down we would be put in [a] crematorium that we worked to the last ounce of our strength.’

A doctor who saw conditions in the factories described them as follows:

‘Conditions . . . were greatly overcrowded. . . . The diet was extremely inadequate. . . . Only bad meat, such as horse meat or meat that had been rejected by veterinarians as infected with tuberculosis germs, was passed out in these camps. Clothing, too, was altogether inadequate. Foreigners from the east worked and slept in the same clothing in which they arrived. Normally all of them had to use their blankets as coats in cold and wet weather. Many had to walk to work barefoot, even in winter.’

A few German business leaders were tried for these crimes at Nuremberg including Krupp – though, in a political decision, he was released only three years after being convicted and his fortune restored to him. The process of denazification focused on the state rather than the private sector. What should have happened  properly to address this past, was to school a new generation of German business leaders with the fundamental commitment never to put profits before people. Instead, we have the sad reality that many in German industry fail to recognise their historic moral responsibility and instead actively lobby to ensure the government opposes a treaty initiative that is meant to protect the fundamental rights of individuals against unscrupulous businesses.

Some readers may wonder what am I speaking about: after all, surely there are no such serious violations in Germany? Even if this is so, the nature of business today is global – as the recent trade disputes with the United States indicate, the markets for German goods extend way beyond its borders. And, so too, goods today are produced in complex chains that cross borders.  That leads to the potential for violations of human rights by businesss in countries who are unable or unwilling to impose adequate regulations. Consider, for instance, the description of what took place in Myanmar during the 1990s in the construction of a major oil pipeline that was a joint venture between the multinationals Total and Unocal.  Raj (based on court documents) describes how,

‘[i]n 1990, the tatmadaw (armed forces of Myanmar) began to force the civilian population to provide the preliminary preparation for the pipeline’s construction, and marked civilians to provide the labor for the project. Thousands of villagers were forced to cut down trees, dig out stumps, and build barracks and helipads, or risk fatal consequences. Those villagers who refused, attempted to escape, or could not physically manage to sustain the brutal conditions, were subject to beatings, rape, torture, and extra-judicial killings. Even more alarming has been the detailed documentation by several NGOs that entire villages have been razed and/or its inhabitants forcibly relocated in order to make way for construction along the thirty-nine mile stretch of the pipeline.’

This quote is just one instance of how thousands of people have had their lives destroyed by the activities of multi-national corporations. A major gas leak in Bhopal, India (1985) and oil spills in Oganiland, Nigeria (ongoing over decades) have killed, maimed and caused lasting environmental damage. Garment workers desperate for an income were forced to work in an unsafe building in Bangladesh by employers and, eventually, 1130 of them died when the building collapsed (2013). These are just some of the well-known examples of rights violations on the part of corporations. Yet, people affected by these severe harms have, generally, struggled to hold the perpetrators to account and receive damages to ameliorate their suffering. The existing soft instruments at the global level – such as the United Nations Guiding Principles on Business and Human rights – lack the necessary legal weight to offer a clear solution, given they do not have binding force nor do they require compliance.

That is why the leading human rights NGOs around the world (in a massive conglomeration called the Treaty Alliance), together with many luminary academics are calling for a treaty between states on business and human rights that would seek to prevent human rights violations by businesses from occurring and ensure they do not go unpunished (or at least uncompensated). Such a treaty is necessary given the need to address a number of problems in international law that have prevented victims of human rights violations from being able to gain remedies against errant corporations.

The first of these is that international law has traditionally been built on the idea that each state is sovereign within its own domain and required to hold responsible those who commit wrongs within its jurisdiction. However, such an understanding is less well equipped to address wrong-doers who cross borders: where, for instance, an environmentally destructive strategy is planned in one country and executed in another. Suing a corporation in the country where a wrong is committed may thus fail to affect the real centre of power or wealth.

This problem is compounded by a second difficulty in that, in law, each corporation is regarded as a separate legal person. As such, a multi-national corporation is in fact a network of different entities all formed in terms of the laws of different countries. When a corporation in one country commits a wrong, the related corporations in other countries can disavow responsibility for its actions as they are distinct ‘persons’.

The possibility of justice for victims of human rights violations diminishes even further when we consider that multi-national corporations often commit violations in countries with weak legal systems,  where the independence of the judiciary is in doubt or where corporations have significant bargaining power. The likelihood of successful prosecutions or claims for compensation is very limited in these jurisdictions.

A treaty would seek to address these problems.  First, it could require all states to adopt laws permitting them to hold corporations that have an office there to account for violations of fundamental rights they commit beyond their borders. Such an approach would help address the difficulty that no-one state alone wishes to be seen as the sole enforcer of human rights norms, and so become unattractive to businesses. It also stops corporations from exploiting weaknesses in legal systems of states in which violations take place to create a situation of impunity.

Secondly, the treaty could place binding legal obligations on corporations to address their impact on human rights across their operations, including when they are structured through subsidiaries and long supply chains. Thirdly, the treaty could also address technical questions surrounding in which jurisdictions such cases can be brought, how evidence can be gathered, and how remedies enforced.  Finally, it can also develop international structures to set reasonable minimum standards that businesses must adopt in relation to human rights that can be applied across the world.

Why then would anyone want to oppose such a treaty, particularly,  a country that prides itself on respect for rights? Sadly, in Germany, a lot of opposition comes from businesses who are concerned perhaps about the increased costs to ensure they are not in breach thereof. If the treaty is adopted widely, however, any such costs will have to be borne by competitors too. The treaty is also not anti-business but simply would require observance of human rights across the operations of  a businesses. Indeed, business should not automatically been seen as against rights and it has many opportunities and responsibilities actively to contribute towards the realisation of rights in our society.

Another equally unacceptable source of opposition comes from rigid lawyers schooled in the idea that international human rights only apply to the activities of states. In a world where significant sources of power exist beyond states  – including corporations and groups such as ISIS – this view leaves victims of human rights abuses often at the mercy of unscrupulous non-state actors. Lawyers need to learn from the mistakes of Nazi Germany too: rigid law is not to be respected for its own sake – ultimately, legal rules are there to enhance the dignity of individuals and must adapt to the challenges posed by present power constellations.

In light of its history, Germany has a deep moral responsibility to stand up and lead the world in ensuring respect for the dignity and fundamental rights of individuals particularly where business is concerned.  In a few months, the first draft of a treaty on business and human rights will be debated in Geneva. This offers a major opportunity for the government and business to change course and exercise leadership in meeting its historic and contemporary obligations to ensure a more humane world.

Prof Bilchitz will argue the case for a business and human rights treaty followed by a panel discussion on 19 July at 17h00 at Humboldt University, Berlin. This will be followed by a one-day conference on the topic on 20 July by leading German academics. 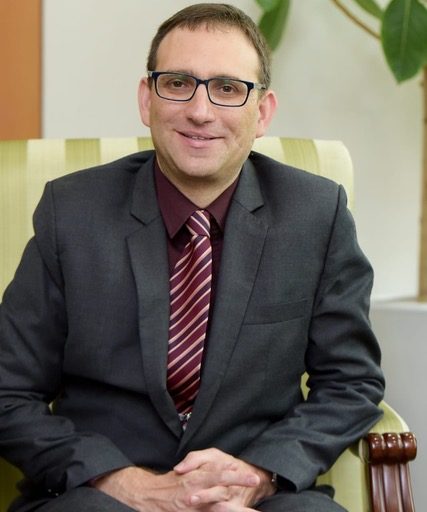 Other posts about this region:
Germany 4 comments Join the discussion
Go to Top