According to a flurry of recent news, snowballed in almost identical form in the Western press, the Romanian Constitutional Court has ruled, just before Christmas, to deny the primacy of EU law. More often than not, analogies with Poland were made, glossing on surface similarities. In both cases, recent conflicts center on sui-generis, recently-created bodies, the Disciplinary Chamber of the Polish Supreme Court and the Romanian Section for Investigating the Offences Committed Within the Judiciary (SIOJ, Rom. SIIJ). The conformity of both entities with EU guarantees was touched upon by recent judgments rendered by the CJEU. Reservations concerning primacy were voiced by the respective constitutional tribunals.

The juxtaposition is misleading. As the late János Kornai put it, simply because we [i.e., countries in the hinterland, ces pays là-bas] are in the same hospital, that does not mean we suffer from the same sicknesses.1)

To wit, the Romanian Constitutional Court (CCR) did not now rule on anything so dramatic. It merely issued a press release to the effect that 1. primacy refers to internal legislation alone, not to constitutional provisions, and that 2. heeding a recent CJEU judgment according to which national judges may not be subject to disciplinary sanctions if they set aside Constitutional Court decisions impacting negatively on the fulfillment of EU anticorruption-related obligations is currently impossible and would presuppose a constitutional revision. Such press releases are in the remit of a press and foreign relations department directly subordinated to the Court President. Thus, this particular move was an improper use of an administrative instrument to take a faux-jurisprudential stand. Only the Court can define the exact contours of the –otherwise established– notion of national constitutional identity2)  and its precise implications under a given factual and legal hypothesis (if and when asked to do so). Constitutional Court President Dorneanu lost yet another opportunity to practice Bickelian virtues.3)

The recent CJEU ruling to which the press release refers joins five cases which had already been split into three separate references on which separate opinions by AG Bobek were delivered early in March.

This and an earlier judgment rendered in May are the first judicial interpretations of the Cooperation and Verification Mechanism (CVM). The CVM is a sui-generis, post-accession conditionality applicable to Bulgaria and Romania on the basis of twin 2006 Commission decisions. The annexes of both decisions contain objectives (‘benchmarks’), which relate broadly to judicial reforms and anticorruption. The way in which targets are achieved is subject to biannual monitoring via Commission country progress reports addressed to the European Parliament and the Council. The decisions establishing the CVM are formally based on Articles 37 and 38 in the Treaty of Accession of Romania and Bulgaria (dealing with market distortions after accession and the transposition of former third pillar instruments, respectively). The CVM was initially intended as a bridge from a quasi- to membership without strings attached and was supposed to lapse in 2010, three years after the accession. The triggering of the safeguard clauses to the ‘sunset clauses’ of Arts. 37-38 has made indefinite extension possible ever since. As the more technical rationales underpinning the initial legal base (market distortions, transposition of specific instruments) receded in time, the perpetuation of the mechanism started to be justified against the backdrop of the rule of law as such. To be sure, the CVM is not a top-down, one-way street. In the specific case of Romania, as anticorruption metamorphized into an overarching quasi-constitutional discourse, it has been convenient for internal factions to keep the conditionality open.

What the three opinions by AG Bobek and the bundles of references underlying them have in common is the impact of Constitutional Court holdings on criminal procedures related to corruption charges. One (Euro Box Promotion)4) deals in essence with the impact of a Constitutional Court decision5) according to which fair trial guarantees were undermined by an arrangement according to which, in five-judge criminal panels of the High Court, only four judges would be randomly selected (by lot). The judicial board (Präsidium) of the High Court of Cassation and Justice (HCCJ) had decreed in 2014 that only four of the panel members would be randomly selected, whereas the fifth would automatically –by right– be either the Court President, one of the vice-presidents, the Criminal Chamber President or the oldest member. The administrative notable (or the oldest member) would, moreover, preside over the judicial panel. Law 304/2004 on judicial organization was amended in 2018, providing that all members should be selected by lot. The HCCJ Board postponed by another decision the application of this change until 2019. According to the Constitutional Court, this practice undermined the fair trial guarantee of impartiality, by potentially subjecting the four randomly selected judges to the will of their administrative superiors (or at least making undue influence possible). DNA Oradea,6) the second, revolves around two decisions by the Constitutional Court of Romania (CCR) grappling with one of the most problematic and opaque aspects of Romanian anticorruption, namely, collaboration of the anti-graft watchdog with the Romanian Intelligence Service (SRI). One CCR decision, rendered in 2016,7)  declared a provision of the Criminal Procedure Code void for vagueness, according to which “other specialized state bodies” (read: the SRI) could take part in criminal investigations alongside the prosecutors and the judicial police. The CCR instituted in effect what in Germany is called Trennungsgebot, the principle of separation between intelligence agencies and the police8);  the SRI can now only take part in investigations bearing strictly on specific crimes against national security (treason, espionage, etc.) by executing the surveillance warrants. The second ruling, dating in 20199) declared an inter-institutional protocol of cooperation between the SRI and the General Prosecutors’ Office and parts of another protocol unconstitutional. Against this background,10) the question as referred in DNA Oradea was essentially whether national judges could, in the name of the EU-derived mandate of ‘robust’ anticorruption, simply ignore the CCR decisions curbing the insinuation of the intelligence service in criminal justice. In his Euro Box opinion AG Bobek states that random selection of judges as an element of judicial impartiality and thus of the right to a fair trial is a standard that does not conflict with EU law, even if the impugned unconstitutionality decision could lead to the revision of definitive judgments. In his DNA Oradea opinion, Bobek commends the Constitutional Court as not contravening but rather furthering the goals of the anticorruption conditionality, the CVM.11)

The configuration underlying the third initial reference/opinion (FQ and Others)12) is of a different nature. The ‘irritant’ here was a Constitutional Court decision13) according to which a provision in the anticorruption law 78/2000, requiring the creation of specialized anticorruption panels at all pertinent court levels, resulted in the need to void and quash definitive sentences rendered by the improperly designated court formations. In essence, no specific panel of the HCCJ was earmarked accordingly, meaning, in practical effect, that the HCCJ had neglected to issue a formal statement according to which all members of the Criminal Law Section were to be considered ‘specialized’. This decision was rendered by a razor-thin majority (5 to 4) and it was triggered in circumstances that cast a shadow over the ruling itself.14) Furthermore, the reasoning of the CCR as such is glib and in crisp contradiction with the prior ruling insisting on randomized and thus anonymized selection of criminal High Court panels. Indeed, it runs counter to common sense: judges at apex courts are premised to be highly skilled professionals capable of handling a wide array of factual and legal constellations. Moreover, as all dissenters noted, it was unclear why the legislative provision on specialization raised any constitutional issues, let alone conflicts, to begin with. AG Bobek’s opinion appositely reasoned that Union law is not opposed, in extremis, to the setting aside of a Constitutional Court decision that creates the preconditions of a systemic risk of impunity.15)

As I have already argued here, Romanian anticorruption has morphed over time in ways that do not lend themselves easily to Manichean summations and lazy analogies. Whereas classical political corruption is surely a reality in Romania, all-out repressive anticorruption is, paradoxically, no longer a viable solution to it. Politically, the anticorruption discourse evolved into a form of upper-middle-class populism (‘Leninism for the bourgeoisie’).16) Institutionally, the drive towards producing results (i.e., indictments and convictions) at all costs produced new patterns of instrumentalism, which are arguably themselves forms, albeit more insidious, of structural corruption.17) The corruption of the rule of law, encapsulated by the idea that it does not matter how you put “the corrupt” in jail, so long as you do it productively (end justifies means), is likely to generate various questionable practices, such as: targeted/selective prosecutions, systematic leaks from the case files to the friendly press, prosecution biases (e.g., strong-arming judges), and, indeed, problematic institutional collaborations in the name of ‘robust’ anticorruption.

By reshuffling the references rather than issuing separate judgments on the bases of the AG opinions, the CJEU unnecessarily created its own wolf, cabbage, and goat riddle. But then it failed to solve it in a way that is likely to keep all protagonists intact. The judgment insists exclusively on ‘robust’ anticorruption and the need for utmost efficiency in prosecuting corruption crimes. The phrase “systemic impunity” (marginal in the opinions) is repeated ad nauseam (17 times); according to the Melloni-like main motif of the reasoning, rights guarantees are in principle fine but instrumental/secondary to punitive effectiveness. By virtue of argumentative reductionism, entire lines of argument were suppressed. Eerily, there is no mention in the judgment of the SRI-related problematics, e.g., the protocols of collaboration with the anticorruption prosecutors, an aspect which had preoccupied AG Bobek greatly. In effect, since the Court did not address it on merits, the judgment on the DNA Oradea reference was rendered only formally.

The CJEU builds its primacy argument on the binding effect of the CVM Decision 2006/928/CE, according to which the need arises for Romania to fulfill its obligations ‘within the shortest possible time’. The Court of Justice intimates that direct effect and supremacy (potentially even over the national Constitution) accrue somehow also to specific recommendations in the soft law monitoring CVM progress reports by the Commission. As a matter of settled EU law, decisions alone are however directly effective and binding (unlike recommendations, opinions, reports). Moreover, the CVM was meant to be lifted 12 years ago; to speak of the shortest possible time after 15 years strains imagination. It is also true that the Bulgarian and Romanian CVM decisions and their annexes itemizing ‘benchmarks’ are cryptic; practical meaning over decades cannot be discerned without the implementation instruments (the monitoring reports). However, progress reports are not addressed to the countries and, more importantly, they have not been recently addressed by the Commission in accordance with its legal obligations. No report was for example issued in 2020, even though two should have been published, once at least every six months, under Art. 2 of CVM Decision 2006/928/CE. More precisely, no report was adopted by the Commission between October 2019 and June 2021.

The recent conflict over primacy does not reveal an epic hero/villain battle: valiant defenders of European values (the CJEU), on the one side, and the ‘closet sovereigntist’ CCR that “defies Europe”, on the other.  A much more complicated picture ensues from the events. Should one need heroes (and happy is the Union that doesn’t), the only true hero of this story has been former AG Bobek. He tried painstakingly –as it turned out, quixotically– to bring balance and normativity to bear on the murky and drawn-out affair of Romanian anticorruption as European rule of law. Principled resolution of the constitutional complexities at the level of the Bucharest and Luxembourg courts must await future opportunities. 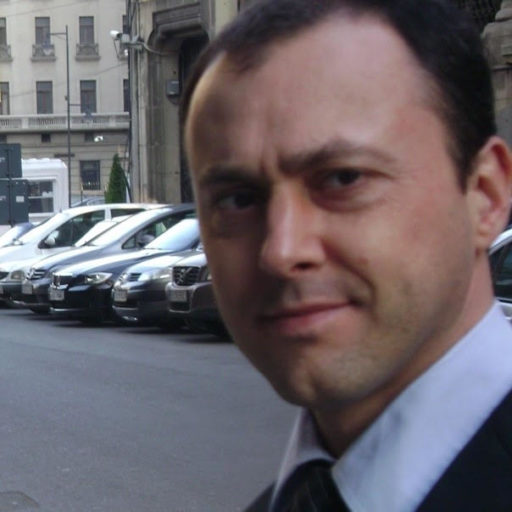 Bogdan Iancu Bogdan Iancu, LL.B. at the Al. I Cuza University of Iași, Romania; Dr. iur and LL.M. (CEU, Budapest), is an Associate Professor at the Faculty of Political Science, University of Bucharest.

Other posts about this region:
English Articles, Rumänien No Comments Join the discussion
Go to Top