The Turów Case, Interim Measures in Inter-State Cases, and the Rule of Law

On 21 May 2021 the Vice-President of the Court of Justice of the European Union (CJEU), Ms Rosario Silva de Lapuerta granted interim measures in the case of Czech Republic v Poland, ordering Poland to immediately cease lignite extraction activities in the Turów mine.  An action against a Member State which might have breached an EU directive – in this case by extending a lignite mining permit without carrying out an environmental impact assessment – may seem like an ordinary environmental case falling under the remit of EU law. The Czech Republic v Poland case, however, is anything but ordinary for at least two reasons:

Firstly, for the first time an action has been initiated under Article 259 TFEU over breach of environmental laws. This will pave the way for the EU to strengthen the implementation of the international legal principle of good neighbourliness within the supranational legal framework1).

Secondly, for the first time interim measures have been granted in the context of an action for failure to fulfil obligations under Article 259 TFEU. This creates solid ground for positive change of Member States who may feel encouraged by the CJEU decision to use Article 259 in the future not merely for disputes with a purely political dimension but also for effective enforcement of the Rule of Law as one of the fundamental values of the Union2).

Usually, it is the Commission that is in charge when a Member State has failed to fulfil its obligations under EU law. Article 258 TFEU is the standard infringement procedure which empowers the Commission to take a Member State to court. Article 259 TFEU is only exceptionally used (only eight times before Czech Republic v Poland). This Treaty provision allows any Member State to initiate an infringement procedure against any other Member State which it considers to be in breach of its obligations under EU law.

Czech Republic v Poland is, therefore, somewhat untypical case which largely resembles practices of application of good neighbourliness principle in international law. Indeed, unlike in EU law, the practice of environmental inter-state lawsuits has been well established in international law through the rights and duties of states stemming from the principle of good neighbourliness, which applies particularly where activities performed in one state have adverse effect on the environment of another state or states3).

The first duty in the light of good neighbourliness principle, from which all other norms emanate, is to refrain from domestic activities which can clearly have harmful effects on the territory of neighbouring states4). Other duties of states stemming from the principle of good neighbourliness include: the duty of states to take measures to eliminate or minimize the effects of some domestic activities on neighbouring states or on states of the same area 5); the duty of information and consultation (or exchange of information) between states on activities and events on their own territories which can clearly affect neighbouring states6); the duty of tolerance of insignificant damage resulting from interferences caused by various state actions7); and the duty to refrain from actions which could aggravate a conflict and to take measures to attenuate a conflict8).

The norms of the principle of good neighbourliness are well reflected in EU environmental law. The main difference, however, is that EU and Member States are in a position to effectively deploy Article 258 TFEU and Article 259 TFEU accordingly to ensure the effective implementation of such norms, while Article 260 TFEU enhances the chances for compliance. In international law, there is no permanent mechanism for settlement of environmental disputes, while environmental protection depends on many factors including effective compliance and enforcement mechanisms. Moreover, while developing primarily in the field of international environmental law and being most evidently implemented in this field, the principle of good neighbourliness is by no means confined to environmental protection alone. Instead, the all-embracing nature of the principle provides for its application in many different, if not all fields where the duties and rights of states manifest themselves which allows for truly enhanced implementation and enforcement of the good neighbourliness principle across various areas of EU law.

Having said that, the Commission will not bring a case under Article 258 TFEU if the issue falls outside the scope of the EU law and is governed by the rules of international law. Similarly, Member States cannot hope to settle their bilateral disputes that fall outside the scope of EU law by deploying Article 259, as confirmed more recently in Slovenia v Croatia. Such disputes can be potentially solved under Article 273 TFEU which provides a unique possibility of ‘borrowing’ the CJEU to settle international disputes which are merely connected to the ‘subject matter’ of the Treaties and submitted under a ‘special agreement’ between the parties. Yet, Member States have hardly made any use of Article 273, which has been first invoked in 20159) i.e. more than sixty years since the basis for jurisdiction of the Court was included in Article 89 ECSC((see Janek Tomasz Nowak, ‘Dispute Resolution Among Member States at the Court of Justice on the Basis of Article 273 TFEU: A comment on C-648/15 Austria v Germany’ with regard to the conditions for establishing jurisdiction of the Court under Article 273 TFEU)).

The developments in Czech Republic v Poland so far have not only proven that disputes between Member States can be dealt with within the EU legal framework, but also that dealing with such disputes within that framework is more effective especially where no agreement between the concerned states exists. Thus, taking into consideration the request of the Czech Republic for interim measures, in addition to assessing whether such measures would be urgent and justified in fact and in law, the CJEU decided to grant interim measures under Article 279 TFEU, ordering Poland immediately to cease lignite extractions activities in Turów mine pending the judgement. Such measures ordered by the Court are or of significant importance for avoiding serious and irreparable harm to the interests of the applicant, given that the time between a case being lodged with the Court and the delivery of a judgement is often more than two years.

While the grant of interim measures is not exclusive to Czech Republic v Poland, the Court has granted such measures in only three other environmental cases in recent years10). Furthermore, although Article 279 TFEU stipulates that the CJEU ‘may in any cases before it prescribe any necessary interim measures’, this provision has never been invoked in direct disputes between Member States initiated under Article 259 TFEU in the history of the Court before.

The CJEU has made a resolute step by invoking Article 279 TFEU in Czech Republic v Poland, showing that effective EU tools would be enforced in disputes between Member States in matters covered by EU law. Put differently, the decision to grant interim measures in Czech Republic v Poland has given new impetus to Article 259 which has been turned into a viable tool for enforcement of EU law. The message is clear – the Court would not hesitate to make use of the available tools to ensure effective enforcement of EU law, including ordering interim measures for avoiding serious and irreparable harm to the interests of the applicant.

Member States as guardians of the Treaties

More importantly, however, the interests of the applicant do not necessarily have to overlap with the individual (and often politically motivated) interests of the Member States. Good neighbourliness aside, a rather broader approach should be adopted and finally practiced for Member States to become active guardians of the Treaties, alongside the Commission. Should the Commission fail to act under Article 258 TFEU, Member States may and should step in to defend the Treaties, even in cases where the matter goes beyond the narrow framework of their national interests. Article 259 TFEU is not exclusive to settlement of eligible disputes between Member States, but is also and primarily a tool intended to ensure effective protection of EU law.

This work was carried out as part of the RECONNECT project, which has received funding from the European Union’s Horizon 2020 research and innovation programme under grant agreement No. 770142. 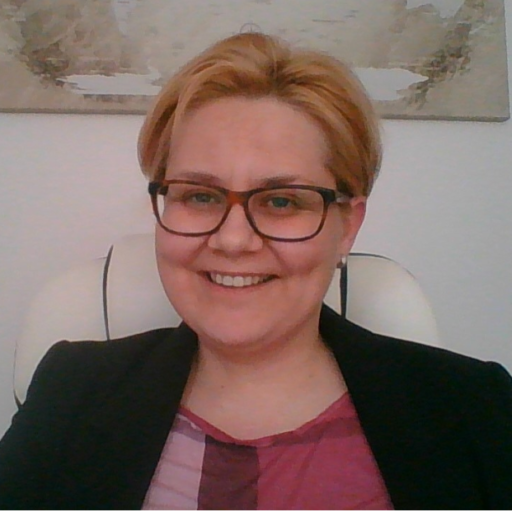