Can Greece lawfully extradite the eight Turkish soldiers to Turkey?

Recent events in Turkey have been covered extensively in the news and will undoubtedly remain a topic of considerable interest and controversy for months, and indeed years to come. In this blog post, I examine one particular story which raises urgent issues of great political and legal significance. It concerns the proposed extradition to Turkey of eight Turkish soldiers who fled to Greece on Saturday 16 July after Friday’s failed coup, using an army helicopter. Amidst unrebutted allegations that they were involved in the failed coup, and Turkey’s demand for their extradition to face trial, all soldiers have claimed asylum in Greece. In this blog post, I consider their asylum prospects under Article 3 of the European Convention on Human Rights (ECHR), which provides that: ‘No one shall be subjected to torture or to inhuman or degrading treatment or punishment.’ I outline the European Court of Human Rights’ (ECtHR) doctrine on the non-refoulement duty emanating from Article 3 ECHR, and contemplate how it applies to the case at hand. I suggest that the key question concerns whether they face a ‘real risk’ of Article 3 ill-treatment, and tentatively conclude that such real risk is made out.

1) In contrast to other rights enshrined in the ECHR, such as the right to privacy (Article 8) or the right to freedom of expression (Article 10), it does not provide for the possibility of lawful interference that is ‘necessary in a democratic society’ for the fulfilment of a legitimate aim. An infringement of Article 3 is conclusively unlawful.

2) Article 15 ECHR, which governs the derogation of States from obligations under the ECHR in states of emergency or war, does not allow for any derogation from Article 3 even in the event of a public emergency threatening the life of the nation (including the threat of terrorist violence).

3) Article 3 applies irrespective of the person’s conduct: whether the (potential) victim is an innocent child or a murderer or terrorist, they enjoy the protection of Article 3 alike.

Thus, the obligations arising under Article 3 ECHR cannot be displaced by extraneous consequentialist considerations relating, for instance, to the alleged desirability of extradition. This reflects Article 3’s position as a guarantee of the essential demands of humanity against the pursuit of even highly desirable and/or popular ends.

One of the obligations arising under Article 3 ECHR is the obligation not to expel individuals ‘where substantial grounds have been shown for believing that the person concerned faces a real risk of being subjected to torture or inhuman or degrading treatment or punishment in the receiving country’ (Hirsi Jamaa and others v Italy (2012), para 114; MSS v Belgium and Greece (2011), para 365; Chahal v UK (1996), para 74). The non-displaceable character of this obligation of non-refoulement has been reiterated numerous times by the Grand Chamber of the ECtHR, which has propounded that ‘[t]he prohibition provided by Article 3 against ill-treatment is equally absolute in expulsion cases’ (MSS v Belgium and Greece (2011), para 223; Saadi v Italy (2009), paras 137-138; Chahal v UK (1996), para 80). It protects everyone, including those suspected of the commission of a serious crime, and takes precedence to any obligation to extradite under international law (Trabelsi v Belgium (2014); Soering v UK (1989)). The absolute prohibition on refoulement has also been applied within a ‘strictly’ ECHR context – i.e. in relation to the transfer of someone from one State subject to the ECHR to another State subject to the ECHR – in MSS v Belgium and Greece (2011) and Tarakhel v Switzerland (2014).

A range of potential types of treatment or punishment could be put on the table at this stage. News reports from Turkey document lynchings and other forms of violent ‘mob justice’ taking place against persons perceived to have been involved in the 15 July coup. Following mass arrests, images have emerged of a number of those arrested lying on the floor of a gymnasium in tight rows, half-naked and with their wrists tied together. This has occurred in the context of State custody, which is the most likely context in which the eight asylum-seekers will find themselves if extradited. Moreover, President Erdogan and others within his government have suggested that the death penalty may well be reinstated to deal with some of the coup’s perpetrators. ECtHR doctrine clearly establishes that all these types of treatment and punishment cross the Article 3 threshold of inhuman and degrading treatment: on the threat of violence by non-State actors, see for instance Sufi and Elmi v UK (2011); on humiliating and/or severely distressing conditions of detention, see for instance Peers v Greece (2001); and on the death penalty, see Al-Saadoon and Mufdhi v UK (2010).

The question of real risk raises two issues: (i) whether the asylum applicants can adduce evidence to make out substantial grounds showing a real risk of proscribed ill-treatment; and (ii) if they can do so, whether Greece may seek, and Turkey produce, assurances that vitiate the real risk shown. (It should be noted that considerable doubt has been cast on how far diplomatic assurances can be relied on as alleviating a real risk of proscribed ill-treatment – see this comment by Human Rights Watch, for instance.)

As regards (i), the eight soldiers may wish to rely both on their own testimony of what they witnessed before escaping by helicopter to Greece, and on reports by media and non-governmental organisations in Turkey, to make out the real risk of ill-treatment at the hands of the authorities. As things stand, it appears that there is an array of evidence that they could use to indicate that the crackdown on some of those suspected of involvement with the coup encompasses ill-treatment which is degrading, cruel and inhuman. Moreover, the prospect of the death penalty being applied is not negligible, in light of Erdogan’s recent remarks. I would tentatively conclude, therefore, that real risk of Article 3 ill-treatment is made out. Accordingly, this could and should be argued before the Greek courts, with the prospect of resorting to a full hearing at the ECtHR if their asylum application in Greece is unsuccessful. Additionally, a Rule 39 application could be made to the ECtHR by lawyers for the eight soldiers to put in place an interim measure preventing their extradition. It should be noted that flouting a Rule 39 measure by proceeding with extradition has been found to be in breach of Article 34 of the ECHR in Trabelsi v Belgium (2014) (on which see Lavrysen, here). Obtaining reliable diplomatic assurances would be a long and arduous, or indeed improbable, process in the current climate. The timeline of legal proceedings suggested in some news reports – of 8-16 days – should therefore be viewed with scepticism, and with the ECtHR dimension very much in mind.

Other posts about this region:
Griechenland, Türkei 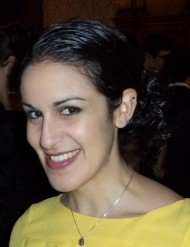 Other posts about this region:
Griechenland, Türkei No Comments Join the discussion
Go to Top