Greening Banks in the Face of Uncertainty

Climate change is a major concern for financial policymakers. To this day, banks continue to plough money into carbon-intensive sectors of the economy while making inadequate provisions for potential losses. The European Central Bank’s 2020 draft Guide on climate-related and environmental risks is a major step in supervisory efforts to address this problem, which so far has escaped critical scrutiny. It sets out how the ECB will use its supervisory powers to get banks to properly monitor, disclose and price risk. As we argue, its current approach is unlikely to work because it asks banks to quantify risks that often resist simple quantification. Instead, the ECB should provide banks with more targeted guidance. That will make banking supervision more political than it is today.

Climate change as a threat to financial stability

In May, the ECB published a draft Guide as part of a public consultation on the climate currently underway, which is meant to inform banking supervision in the coming years. With a group of scholars in law, political economy and philosophy we discussed the Guide to contribute to the consultation. Our submission to the consultation itself is available here. In this blog we set out our personal takeaways from that process and the perspective it provides on a future of climate-sensitive EU banking supervision.

Banks are currently exposed to large future financial risks as a consequence of climate change. For one, increasingly ambitious mitigation efforts will require replacing carbon intensive infrastructure, reducing productive capacity and even giving up on whole sectors of the economy. Further, extreme weather events threaten coastal real estate and a changing climate will have a major impact on agriculture. Financial risk resulting from economic policies to prevent climate change is generally referred to as transition risk, while potential losses from climate change itself as physical risk.

Why do these risks matter? As long as banks ignore climate risks they will invest in projects that lock in emissions for decades to come. To date, billions of European loans serve to fund coal-based energy production. What tends to worry the financial sector policy-makers, however, is not the resulting emissions necessarily. Rather, what they care about is that risk is adequately priced. Having learnt about systemic repercussions in 2008, central bankers consider climate change a threat to financial stability.

To date, policy-makers have taken an incremental approach to greening the banking system. Working within the already immense regulatory framework, they seek to ensure that banks accurately monitor risk, hold capital so as to offset potential losses and disclose risk they take to their investors. New regulations such as the revised Capital Requirement Regulation seek to incorporate climate-related risks into the banks’ risk buffers. To improve disclosure to investors, the Sustainable Disclosures Regulation and the Taxonomy Regulation create a framework to increase the transparency of banks’ balance sheets and how they are doing on climate and environmental protection. These efforts target both investors who are sustainability-conscious and those who focus on maximizing returns.

The ECB’s new Draft Guide brings this incremental approach to bear on banking supervision. The Guide will inform SSM banking supervision of 114 banks in the Banking Union (plus 13 in Bulgaria and Croatia, which have joined in October 2020). It will also serve as an important reference point for other supervisors.

The Guide consists of 13 expectations that concern, inter alia, the bank’s business strategy, management expertise and incentive structures, as well as the disclosure of risk to investors. By formulating expectations on these issues, the ECB tells banks how supervisors will from now on interpret already existing legal requirements. Making climate risk a part of the supervisory process also serves to “enhance the industry’s awareness of and preparedness for managing climate-related and environmental risks”. That is not yet the case.

Going forward, the supervisors hope, adequate risk management practices will become more widespread, but to date no single approach is even close to becoming an industry standard. As it stands, the ECB observes that

only a small number of institutions have fully incorporated climate-related and environmental risks into their risk management framework, through for instance a risk measurement approach, by defining their risk appetite, performing stress tests and scenario analyses and/or assessing the impact on their capital adequacy.

Hence, a key expectation is that banks should

incorporate climate-related and environmental risks as drivers of established risk categories into their existing risk management framework, with a view to managing and monitoring these over a sufficiently long-term horizon, and to review their arrangements on a regular basis.

How are banks going to get there? The ECB Guide asks banks to innovate and develop their own risk modelling strategies for climate risk. To provide banks with inspiration, the Guide lists best practices observed in the handful of banks already working on greening their risk management. But otherwise the Guide is mostly silent on what banks should do. Such trust in bank self-regulation seems inspired by the legacy of the 1990s, when private institutions developed their innovative internal risk management methodologies (in particular, Value at Risk as developed by JP Morgan), which were subsequently incorporated into the 1996 Market Risk Amendment and formed the basis for the Basel II Capital Accord.

Will betting once more on self-regulation allow the ECB to put European banking system on a sustainable trajectory? We predict that the ECB’s gambit will not pay off.

For one, the Guide relies predominantly on bank internal modelling and supervisory expectations, without providing for specific corrective action which may be taken by the supervisor. The short-term business incentive of banks is to underestimate risk and thereby keep their cost of capital low. The Guide, in contrast to these market imperatives, remains a soft law instrument which seeks to guide, rather than to enforce. As the ECB puts it, the Guide is “not binding for the institutions, but rather it serves as a basis for supervisory dialogue”. Hence, banks are likely to seek to formally align with the expectations for reputational reasons or pre-empt regulatory action. They will not fundamentally change their lending behaviour.

The current approach also risks undermining the level-playing field within the EU’s banking sector. Where large banks may have the capacity to formally align and “look busy” developing new models and running stress tests, it is difficult to see smaller institutions do so. There is in fact a long history of large banks using hefty EU-level compliance costs to get rid of smaller domestic competitors. Complying will be most difficult for banks in Member States where, for example due to present energy mixes, the transition requires substantial reorganisation of the economy in order to meet the Paris Agreement targets. This will again put pressure on the Single Market.

We also see a bigger risk in the ECB’s gambit, which concerns the technical feasibility of assigning probabilities to climate risk. Instead of looking towards the future, banks’ internal risk models use historical default rates to estimate future potential losses. Based on financial indicators and observed default frequencies, the models make quantitative predictions of potential losses. However, such backward-looking methodologies ignore risk that has not historically occurred; like the proverbial black swan, climate change will result in historically unprecedented green swan events. Carbon-based energy production has historically tended to produce high and reliable profits. Extreme weather events, by their nature, are at the extremes of historical observations. As the Guide points out, climate-related and environmental risk will depend on factors such as, inter alia, “macroeconomic variables, the competitive landscape, policy and regulation, technology, societal/demographic developments, and geopolitical trends”. Where so many factors are unknown, the situation is one of Keynesian fundamental uncertainty: There is just not enough evidence to assign a probability distribution to future outcomes.

Preparing for the future

If the ECB’s gambit fails, then what should regulators do?  The solution is clear, but not simple. Instead of merely asking banks to anticipate mitigation trajectories and estimate potential losses themselves, supervisors should take on a much more active role. They will need to provide banks with environmentally-calibrated modelling tools and set parameters, based on reference scenarios for (i) the physical effects of climate change; and (ii) the structural transformations of the economy that governments that banks should anticipate. Setting out the future that banks should anticipate will give teeth to regulatory guidance, safeguard a level-playing field and take away the need for banks to navigate the present uncertainty alone.

That route, however, is not simple since it will quickly confront supervisors with important political questions. Reference scenarios for physical risks can be based on the relevant climate science, but spelling out what these require for banks is not straightforward. Even more sensitive politically: Scenarios for the transition require drawing on and anticipating the evolving climate change mitigation policies on the EU and Member State level. Spelling out the direction and the pace of changes that banks should anticipate will unavoidably shape the transformations of the economy itself, for example by influencing the cost of credit for specific activities.

Greening the banking system, hence, raises new questions concerning the proper mandate of the ECB and its accountability structures – we can only scratch the surface of these topics here. For now, greening the financial system could be justified through the lens of financial stability but also by invoking overarching sustainability-related goals of EU Treaties (in particular Art. 11 TEU, which requires that environmental protection be integrated in the definition and implementation of EU policies by the Union’s institutions).

Eventually, tackling climate risk will require rethinking the broader public role of banking supervisors. Although creative reinterpretation of existing legal frameworks has been the lifeblood of central banking since the Great Financial Crisis, new political challenges require going beyond this approach. First, to make limited, but ultimately crucial, choices in supervising climate risk banking supervisors need clear democratic authorization. There are ample legislative tools within the EU political framework for this. Improved guidance on the ECB’s mandate must also be coupled with an adjustment of its ex ante and ex post accountability mechanisms. The design of reference scenarios should ideally involve both democratic representation at the EU level as well as stakeholder involvement – not just those from the financial system, but also representatives of citizens, businesses and workers.

If supervisors are to set out the future that banks should anticipate, their role will unavoidably become more political. This is the future for which they need to prepare. 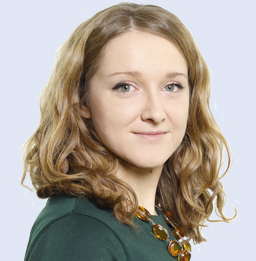