Slander and Defamation of the Spanish Crown in the 21st Century

In Spain, the recent conviction of the rapper Pablo Hasél for ‘crimes of expression’ has aroused intense public debate. He defamed members of the Spanish royal family, which is an aggravated offence under the Spanish Penal Code, as compared to defamation of any other member of the public. The reasoning of Hasél’s sentence is, on several points, hardly compatible with the case law of the European Court of Human Rights (ECHR) in terms of freedom of expression. It is, in fact, an overzealous application of an already problematic offence, variations of which the ECHR has already condemned.

Facts of the Pablo Hasél case

Pablo Hasél was convicted in 2018 by the Audiencia Nacional (a central court specialised in crimes of terrorism) for three crimes of expression (Resolution of March 2, 2018):

This last sentence was finally confirmed by the Supreme Court in 2020 (Resolution Nr. 135/2020). Because Hasél already had a previous suspended sentence, he was sent to jail. This imprisonment brought the debate into the political spotlight and triggered violent disturbances in the streets.

When public debate reaches this level, the arguments tend to become blurred. Critics recall that Hasél has a history of particularly brutal statements. For example, he has said that an ice pick should be stuck into the head of a certain politician, and that the car of another should be blown up (in reference to the car-bombings used by ETA). However, this ignores the fact that Hasél has already been tried and convicted for these statements. In the case in question, a different series of actions are being judged.

Both the 2018 conviction by the Audiencia Nacional and its confirmation by the Supreme Court in 2020 are hugely controversial rulings. They have attracted not only a barrage of criticism from experts, but even dissenting opinions from several judges of both courts. The question is not whether Hasél should be considered a hero or a villain, but rather the interplay between controversial statements, the standards of freedom of expression, and the particular protection afforded to the Crown.

Offences of defamation against members of the Spanish royal family

The punishments for these offences are considerably higher than those for insults or slander toward any other person: Fines are otherwise much lower (and only if the statements are severe or serious).

In several rulings, the ECHR has already stated that providing for aggravated offences in order to protect the honour of heads of state contravenes the spirit of the Convention. In Stern Taulats and Roura Capellera v. Spain, Spain was condemned for applying increased protection by means of a special law regarding insults in a case involving the burning of photos of the king. A state’s interest in the reputation of its head is no justification to afford them a „privileged status or special protection vis-à-vis the right to convey information and opinions concerning him/her„.

In fact, ECHR case law has long established that the protection of public figures against derogatory statements should be less intense than that of the public at large, especially in the context of political criticism. Considering that the more serious of the two Spanish offences is precisely against the king in relation to his functions (Art. 490.3 CP), in which case the penalty may be raised to imprisonment, the increased protection afforded to the Spanish monarchy contradicts the ECHR line even more.

Hasél was sentenced for the secondary offence of defamation of the king not related to the latter’s functions, and was ordered to pay a fine. The majority of his comments were directed at the king emeritus. Through a constitutional law lens, it is particularly striking that this specific punitive protection should be granted to someone who is no longer head of state. If it is difficult to justify increased punishment for making offensive comments regarding a head of state, it becomes impossible to do so when, as in the case of the Penal Code in force in Spain, the punishment applies to those who are only ascendants, descendants or spouses of the king or queen.

The statements that gave rise to the conviction

The case of Pablo Hasél is an overzealous application of an already problematic offence. The judgment singles out 19 tweets and the lyrics of a rap song (pages 9 in the fine and 10 of the Audiencia Nacional’s Judgement). The tweets can be summarised as follows:

Hasél singles out the King Emeritus Juan Carlos I, in particular:

First of all, many of the tweets that gave rise to the conviction are neither directed against the king nor members of his family, e.g. references to alleged relationships with the Saudi monarchy, or left-wing politicians’ supposed acquiescence. Likewise, it is incomprehensible that Hasél’s contrasting the suffering of homeless elderly people with „royals giving lectures from palaces“ had criminal repercussions.

Second, a large number of the tweets on which the conviction is based are statements directed against the institution of the monarchy as such. These tweets contain disparaging comments or insults with which the musician coarsely expresses his contempt for a particular institution. Imposing punishment on someone who describes the Senate as a „criminal gang“, or the government as „parasites“, or the Public Prosecutor’s Office as „mafia-like and medieval“ would not be compatible with the principle of freedom of political expression protected by the Spanish Constitution and the ECHR; this should also be the case if the comments are directed at the institution of the monarchy.

However, for the sake of argument, let us accept that these statements on the monarchy in general, listed in more detail above, could be understood as offences against the king or members of his family. These offensive expressions might be unlawful in relation to individuals, but in the context of criticism of a public figure and the expression of contempt for his person, they cannot be subject to criminal sanction without risk to the freedom of expression. This is how the ECHR has expressed itself on various occasions: Explicitly, in relation to heads of state, see Eon v. France, which considered that a banner with the expression „Casse-toi, pov’con“ (get lost, you asshole) addressed to the President of the French Republic in his presence could not be criminally sanctioned.

In its Hasél judgement, the Tribunal Supremo seeks to dissociate these expressions from political criticism, to prevent the possibility that the ECHR’s doctrine be invoked in this respect. However, it fails in the attempt. First, the Spanish Supreme Court states in this ruling, „it is not a question of expressing a political demand for another form of state, such as the demand for a republic“. However, the concept of freedom of expression protects not only political criticism that proposes alternatives, but also that which simply opposes an institution (the present monarchy) or public persons (the Present and Emeritus Kings). ECHR case law shows several examples of this, perhaps the clearest is the aforementioned burning of photos of heads of state. Second, the Supreme Court adds that Hasél’s expressions reveal an „evident intention that those who access his tweets should adopt a position against [the monarchy and its members], even using violent means“. While it is perfectly legitimate to incite others to adopt a position against the monarchy and its members, the assertion that the tweets promote violent action against them is an exaggeration. This claim is unsupported in the judgment and has not been justified in accordance with any of the known instruments in the area, such as the test proposed by ECRI General Policy Recommendation No. 15 on Combating Hate Speech (par. 16) or the “six-part threshold test”, known as the Rabat Test (see the Report of the United Nations High Commissioner for Human Rights on the expert workshops on the prohibition of incitement to national, racial or religious hatred, par. 29).

For all these reasons, the Hasél case is yet another condemnation of offences against the king or the Spanish crown which transgresses the standards of protection of the freedom of expression. If it is not annulled by the Constitutional Court, it could be brought before the ECHR and face a similar fate to other cases which preceded it, such as Otegi Mondragón v. Spain and Stern Taulats and Roura Capellera v. Spain. The question now is what it will take for the Spanish legislature to either strike out provisions from the Penal Code which privilege the monarchy, or for the judiciary to follow ECHR case law. 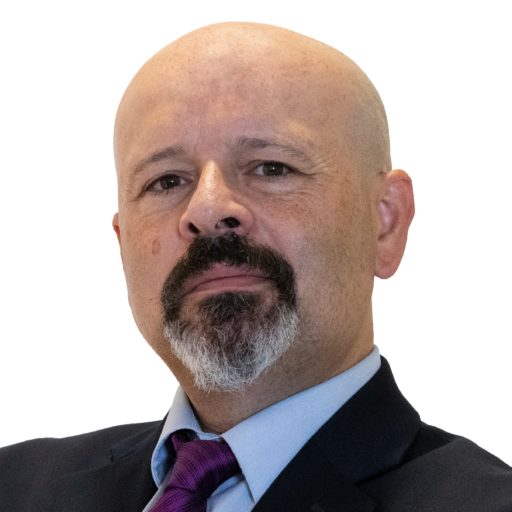 Jacobo Dopico Gómez-Aller Jacobo Dopico is a Full Professor of Criminal Law at the University Carlos III of Madrid. He is the Director of the LibEx.es Project on freedom of expression and Criminal Law.