In a landmark case, the Outer House of the Court of Session in Scotland on 24 March 2021 declared that the closure of worship places in Scotland was a disproportionate interference with the right to freedom of religion and freedom of assembly under article 9(2) and 11 of the European Convention of Human Rights. This is probably the first successful case in challenging lockdown regulations. Two previous attempts, in England and Scotland, failed.

This judgment, delivered by Lord Braid, could have consequences for other European jurisdictions facing similar restrictions, not least in Ireland, where currently religious services must be held online.

Lord Braid’s judgment is as an example of anxious scrutiny in judicial review of administrative action in the pandemic context. His consideration of the evidence concerning closure of worship places strikes as well documented and highly demanding assessment. Lord Braid’s assessment provides good reasons to think that the government could have chosen an alternative and less intrusive measure to curb COVID-19 and prevent the health system from being overwhelmed. Nevertheless, given the exceptional circumstances in which governments are crafting their emergency responses to the pandemic, pitching proportionality assessments as Lord Braid does is concerning. Hence, as a rule of thumb, there should be a more deferential and institutionally sensitive approach to judicial review of emergency response measures.

For those new to the Scottish jurisdiction, two points are worth making regarding this judgment. First, Lord Braid exercised review powers to enforce the rights contained in the European Convention of Human Rights by means of the Human Rights Act 1998. This UK Parliament’s Act enables individuals to claim judicial protection of their Convention rights in judicial review proceedings before domestic courts. Public bodies have a statutory duty to act in compliance with Convention rights. Courts will review the legality of administrative action on Convention rights grounds, and will invalidate subordinate legislation made by the UK and devolved executives under law-making powers provided in primary legislation, if their provisions are in breach of such rights.

Second, in the UK multi-layered constitution significant policy matters, including public health, are devolved to Scotland, Wales and Northern Ireland. Consequently, in the COVID-19 context, each government has enjoyed leeway to craft its own legal response to the pandemic. The UK Coronavirus Act 2020 delegated broad law-making powers for Scottish ministers to issue regulations (a form of subordinate legislation) to prevent, protect against, control or provide a public health response to the pandemic. This includes the imposition of restrictions or requirements on or in relation to persons, things or premises in the event of a threat to public health. Exercising these powers, Scottish ministers made the main Scottish lockdown regulations, namely, The Health Protection (Coronavirus) (Restrictions and Requirements) (Local Levels) (Scotland) Regulations 2020. These regulations provide a five-tier system, which enable a short and localised response, depending on the prevalence of the virus across Scotland.

The judicial challenge before the Outer House concerned Scottish regulations that came into force on the 8 January 2021, which amended the abovementioned lockdown regulations in response to a second wave, prompted by the more contagious UK variant of the coronavirus. Crucially, the UK saw a dramatic increase in the death toll by the end of December 2020. Among other measures, these regulations ordered the closure of worship places in level 4 areas and made it a criminal offence to use these premises other than for limited purposes, such as funerals, marriage ceremony or civil partnership registration. This resulted in the closure of worship places throughout mainland Scotland, both indoors and outdoors, for assembling with others for the purposes of worship between January and March 2021.

It is worth mentioning the government repealed the regulations imposing the abovementioned restrictions on worship on the 24 March 2021, the very same day of the judgment. This decision followed on the government’s timetable for easing coronavirus restrictions, published on 16 March 2020, setting the 26 March as the day when communal worship would resume in a place of worship with up to a maximum of 50 people.

Lord Braid claims that practicing Christian and Catholic Roman religions assembled with others is of the essence of these religious cults (paras [60]-[[61]); that there is an interference with the right to manifest religion (art. 9 ECHR) in relation to the right freedom of assembly (art. 11 ECHR) (para [95]); and that such interference is disproportionate, as it fails to meet the necessity (paras [104]-[117]) and the balancing (paras [118]-[126]) tests. Regarding the first point, it is worth noting that for Lord Braid, online worship and individual prayer are not a substitute to communal worship. To assess the proportionality of the interference, Lord Braid follows the four-staged test, as developed in Bank Mellat (No. 2) (see Lord Reed at para 74). In this case, the government failed to meet the necessity and the balancing tests.

First, according to Lord Braid, there are less intrusive alternative measures that could have been used without compromising the achievement of the objective. One problematic aspect of proportionality is that, as a matter of fact, in most cases there are alternative less intrusive means to achieve the objective. Hence, Courts are right to qualify the necessity test. The proper question here, as Lord Braid’s analysis shows, is about the scope for governmental discretion in deciding between competing alternative measures to achieve the objective.

Lord Braid claims that the analysis shall consider, on the one hand, the significant weight that should be accorded to the right to manifest religion, and on the other, that the restrictions are limited, both in breadth and time. Nevertheless, little consideration is given to the limited nature of the restrictions, and the complex circumstances of decision-making. Instead, Lord Braid undertakes anxious scrutiny of government’s justification. Here, he draws on his detailed account of the government’s decision-making and assessment of three alternative measures (see paras [25]-[26], [36]-[40], [43]-[45], [47], [55]-[57]). Lord Braid questions the choice of closure over three alternatives, which were maintaining the status quo, reducing the maximum number of people attending places of worship from 50 to 20 people, and permitting individual prayer at worship places. He goes on to suggest that the number of people attending worship in governmental assessments is factually wrong (para [113]). Lord Braid also notes that the data suggest that, of all the activities undertaken by infected people in the week commencing on the 20 December 2020, among the ones which had the lowest incidence was worship and prayer. He also highlights that there has been only one small outbreak of COVID church incident recorded so far. Relying on this data, he goes confidently on to question evidence for not adopting a less restrictive measure, including remarks made by Professor Jason Leitch, the Clinical Director of Healthcare Quality and Strategy at the Scottish government, which are subject to detailed criticism (see para [112]). Lord Braid also relies on the fact that other activities which pose a similar or higher risk to public health are being permitted, which suggests that meeting indoors can be safe if appropriate measures are taken (para [114]). In sum, Lord Braid thinks that a carefully crafted authorisation to operate worship places with limited capacity and guidance on appropriate preventive measures would have achieved the same objective, and minimal interference to the right to manifest religion.

Whilst necessity test failure led to a breach of Convention rights, Lord Braid goes on to perform the balancing test at paras [118]-[126]. He also concludes that the measure fails this test, as closure of worship places amounts to a disproportionate interference. He claims that risk of transmission in these places is low, which suggest that closure of worship places makes a small contribution to the aim of curtailing risk transmission and avoiding the NHS being overwhelmed (para [119] and [123]). On the other hand, Lord Braid thought that the government downplayed the significance of the right to manifest religion appears under-played. Furthermore, in his view, the measures amount to a significant interference, since they extended for 11 weeks in circumstances that there are no substitutes to communal worship, and infringement amounts to a criminal offence. Finally, Lord Braid claims that the decision is disproportionate because it involves a blanket ban on all forms of worship, including private prayer, communion, confession and baptism.

Lord Braid’s judgment strikes for its detailed scrutiny of processes of governmental decision-making, and for his critical assessment of the government’s justification for closure of worship places. In that sense, Lord Braid’s judgment is a good reminder that empirical evidence is at the heart of proportionality testing. Nevertheless, insofar as the necessity and balancing test are concerned, normative considerations about institutional competence also come into play. At this point, significant aspects of the government’s decision making are missing due to Lord Braid’s anxious scrutiny of the evidence. There was deliberation at the Scottish government despite the circumstances, various layers of interactions and discussions between civil servants, politicians and experts, a significant process of evidence gathering, ongoing processes of political accountability, and crucially, consultation on a weekly basis with representatives of faiths and religious congregations.

Perhaps the evidence upon which the government relied to provide the closure of worship places was thin, and Lord Braid got it right. Nevertheless, arguably, his judgment makes for an uncomfortable reading in the current circumstances, not least since the pandemic is a text-book example of cases where court may defer to the executive on grounds of expertise and institutional competence. Lord Braid’s questioning of the government is compelling, no doubt about it. The question that arises is whether it is right for a judge to pitch proportionality assessments at this level. When thinking about this question, it is worth bearing in mind that governments are taking and reviewing their decisions on a weekly basis, within constrained timeframes, relying on imperfect information and modelling, dealing with the ever-evolving nature of the coronavirus, and crucially, having to send a simple, clear and coherent overall message to the population. It seems inevitable that various aspects of the pandemic response rely on thin evidence, and may be susceptible of judicial challenge.

Against this background, Lord Braid’s judgment leaves us with a question: what would happen if anxious scrutiny in reviewing the legality of emergency responses to the pandemic were the rule, rather than the exception? Herculean judges may visit us from time to time, rightly so, but if they settle at these troubling times, government’s responses to the pandemic would grind to a halt. 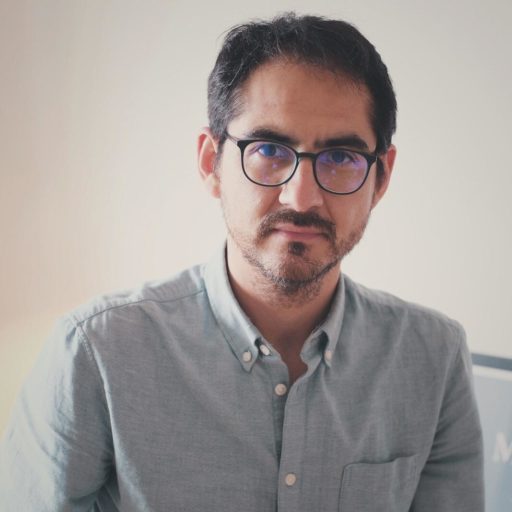 Other posts about this region:
English Articles, Schottland, Vereinigtes Königreich No Comments Join the discussion
Go to Top