From the 25th of June to the 1st of July, Russia is holding a referendum, in which citizens are asked to vote on a package of amendments to the country’s constitution. The referendum is largely symbolic: the proposed constitutional amendments had been passed by the Russian parliament ahead of time. Before the referendum even started, copies of the amended constitution had already been available in local bookstores. Yet, the Kremlin went to great lengths to secure a sufficient turnout in order to clothe these amendments with a semblance of legitimacy.

Homophobia in the service of political hegemony

The amended constitution could enable President Putin to remain in power until 2036. In an interview on Russian state television, Putin confirmed that he was indeed considering extending his presidency: “We need to work, not look for successors.” However, state officials reportedly played down the resetting of presidential term limits. Instead, they focused on other amendments, especially those concerning faith in god, the preeminence of the Russian language, and the definition of marriage exclusively as a union between a man and a woman. Public advertisements calling voters to “say yes to the future” likewise included images of happy heterosexual parents.

Putin has criticized what he describes as a Western willingness to embrace homosexuality and gender fluidity, which he claims is out of step with traditional Russian values. This phrase – “traditional values” – also expressly appears in the amended constitution (Article 114). Far from being unique to Russia, this term and others like it have often been exploited by other political regimes. In the Russian context, it reflects a dual attempt: to contrast the country with Western values, on the one hand, and to align with the Orthodox Church, on the other. Ironically, it is the exposure to the West that historically informed Russia’s approach to homosexuality. The first ban on “sodomy” in the Imperial Russian military was introduced by Peter the Great after his studies in Western Europe and was borrowed from Swedish law. Similarly, it is questionable to associate “traditional values” with Orthodox Christianity in a multidenominational country with a 70-year tradition of Marxist-Leninist atheism.

Interestingly, this amendment does not directly change the definition of family, which is found in Article 38 of the constitution. Instead, another article is amended: Article 72, which lists the areas under the joint jurisdiction of the federal government and Russia’s constituent entities. In its amended version, Article 72 extends these areas of jurisdiction to include “defense of the institution of marriage as a union of a man and a woman.” By amending Article 72 rather than Article 38, Putin would be able to bypass the constitutional requirement to convene a constitutional assembly, a procedure only required for amendments to Articles 1–64 and 134–137.

Just like the referendum, the amendment relating to the definition of marriage as a union between a man and a woman is purely symbolic. The Russian Family Code (Articles 1 and 12) already defines marriage in this manner, thereby denying same-sex marriage legal recognition. In addition, Russia has introduced several anti-gay statutes in recent years, including a notorious “gay propaganda law” and an extension of the prohibition on adoption by same-sex couples to foreign nationals. Therefore, the scenario depicted in the propaganda video was not only homophobic, but also completely fictional.

At the same time, now that the exclusionary definition of marriage as a union between a man and a woman is enshrined in the constitution, it may be virtually impossible to challenge the constitutionality of the Family Code or other anti-gay legislation. Further, this constitutional amendment significantly decreases chances of Russia implementing the European Court of Human Rights decisions regarding LGBT rights. This is because, under the amended version of Article 125 of the constitution, the country’s Constitutional Court is authorized to pronounce decisions of international human rights bodies “unenforceable” when it deems them to be incompatible with the constitution.

It may be possible to argue, if the matter is brought before the European Court of Human Rights, that the amendment to Article 72 conflicts with other provisions in the Russian constitution. Key among them are Article 2, which protects “human and civil rights and freedoms,” and Article 19, which guarantees such “rights and freedoms regardless of sex … [or] other circumstances” and prohibits any “limitations of human rights on social … or religious grounds.” However, there is no guarantee that such an argument would be accepted by the court, as has been acknowledged by scholars exploring similar arguments regarding other anti-gay provisions.

Child rights rhetoric in the service of homophobia and oppression

The constitutional amendment regarding marriage as a union between a man and a woman exemplifies how the Russian government and its allies foster homophobia in reliance on “traditional values.” But the campaign for this amendment also illustrates something else: the invocation of children’s wellbeing to justify and promote such homophobia.

Three weeks before the referendum, a pro-Kremlin media group answerable to Yevgeny Prigozhin, a wealthy Russian businessman with ties to Putin, published a homophobic video urging the public to vote for the amendments. Taking place in the year 2035, the video features an orphan being adopted by two men. When the boy realizes this, he is distraught about the lack of a new mother. One of his adoptive fathers, wearing makeup, then presents him with a dress to wear. “Is this the Russia you choose?,” the narrator asks the viewers, adding: “Decide for the future of the country, vote for the amendments to the constitution.”

Russia, however, is hardly the only country in which such rhetoric has been in use. For instance, in the United Kingdom, until 2003, it was legally prohibited to “intentionally promote homosexuality” or “promote the teaching in any maintained school of the acceptability of homosexuality as a pretended family relationship.” And in the United States and elsewhere, child-centered arguments figured centrally in debates on legalizing same-sex marriage. Indeed, those seeking to reinforce the heteronormative social order often articulate their claims in reference to children’s “best interests” and innocence.

More troublingly still, there is an ongoing global history of children’s wellbeing being invoked to justify the oppression of disempowered groups. For centuries, children from minority groups around the world have been forcibly removed from their parents and communities. Such acts have usually been presented as “rescuing” children from harmful environments and thus serving their interests. A broad range of groups have been subjected to such large-scale child removal, including: Muslims (Uyghurs and others) in present-day China, the Yenish in 1970s Switzerland, the Inuit in Danish-ruled Greenland in the 1950s, Indigenous children in North America and Australia in the 19th and 20th centuries, Andamanese tribes in British colonial India, impoverished immigrants in the 19th–20th-century United States, non-European Jewish immigrants in 1950s Israel, “mixed-race” families in both French colonial Morocco and the Dutch East Indies (today’s Indonesia), and Christians in the Ottoman-ruled Balkans.

In these and various other contexts, as in Russia’s current debate over the constitutional referendum, a rhetoric of child protection has legitimized harm to both children and adults. For example, the separation of children and adults in prison portrays the incarcerated adults as less vulnerable and less corrigible, thereby sanctioning harshness and apathy toward them. Similarly, in international humanitarian legal discourse, the frequent use of “women and children” as a shorthand for civilians disregards men’s unique vulnerabilities in armed conflict and has sometimes paved the way for their indiscriminate targeting by the belligerent parties. The privileging of children in humanitarian aid campaigns likewise disenfranchises adults by deeming them less deserving of empathy and assistance. The list of examples could go on.

At its core, the constitutional reform appears to have been designed to enable Putin to maintain his hold on power. Although this reform consists of 206 amendments, one amendment, enshrining the heteronormative family model, is at the forefront of the campaign by the government and its allies to raise turnout for the referendum. As Russian law already excludes same-sex marriage, the amendment’s main effect is to stymie potential legal challenges to discrimination based on sexual orientation and gender identity. According to its proponents, this amendment protects children. This problematic claim, while embedded in a particular Russian context, also resonates with a global history of children’s interests being invoked to legitimize oppression and homophobia. In view of this triad of homophobia, oppression, and a child rights rhetoric, further critical attention is urgently needed both to the events in Russia and to their parallels elsewhere. 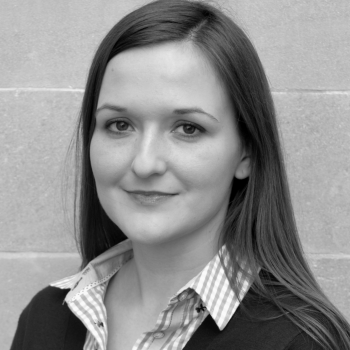 Yulia Ioffe Yulia Ioffe is a postdoctoral researcher at Queen Mary University of London. Her research interests include children’s rights and asylum, the law of treaties, the relationship between international and domestic law, and Russian constitutional law. 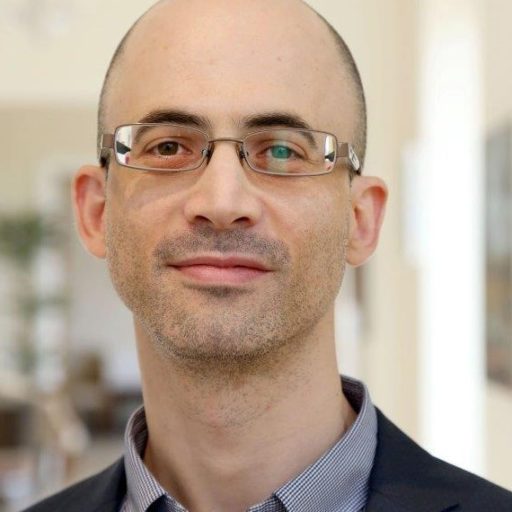 Hedi Viterbo Hedi Viterbo is a lecturer in law at Queen Mary University of London. His research examines legal issues concerning childhood, state violence, and sexuality from an interdisciplinary and global perspective.

Other posts about this region:
Russland No Comments Join the discussion
pixel_not_set
Go to Top