Homosexuality as a Form of Expression

Numerous courts have dealt with the question whether the sexual identity of an individual enjoys constitutional protection as freedom of expression. Recently, Singapore’s Supreme Court has rejected this understanding of the freedom of expression which highlights the different approaches of courts across countries like Singapore, India, Botswana, and Kenya.

Ong Ming Johnson: Speech is Silver as well as Golden

Little more than a month ago, the single judge bench in Ong Ming Johnson and Attorney General, upheld the loosely worded , section 377(A) of the Penal Code which criminalizes “acts of gross indecency among males, in private or public” as constitutionally valid. The antecedent, section 377, that criminalized coitus “against the order of nature” was repealed in 2017. However, sexual conduct not amounting to intercourse among consenting or non-consenting homosexual males in public or private is still deemed as an outrage to decency and remains unlawful under section 377(A).

Article 14 of the Constitution of Singapore protects the freedom of speech and expression. In its decision, the Supreme Court of Singapore held first, that freedom of speech and expression did not encompass non-verbal communications and, second, that homosexuality was consequently not a form of expression. Referring to the marginal note to article 14, which only mentions “speech, assembly and association” and omits “expression”, the Court circumscribed the ambit of the freedom to include speech stricto sensu, i.e. only verbal communication. Interpreting statutes by using marginal notes has been a consistent bone of contention. They are not the obvious pick from the interpretation toolbox available to Courts. The Supreme Court of India, for instance, has asserted that they are only used as aids to clear ambiguity regarding the meaning of the provision. In case of a conflict between the inference from an otherwise clear and unambiguous provision and the marginal note, the latter has to yield. However, the Supreme Court of Singapore chose to overemphasize the role of the marginal note to section 377(A). Narrowing the scope of application of the freedom of expression under article 14 of the Constitution, the Singaporean Court left non-verbal communication which would encompass beliefs, choices, mannerisms, dress etc. outside the scope of protection. Thus, there is no right of freedom of expression independent of freedom of speech available according to the Court.

Navtej Johar: Homosexuality as a Form of Expression

The Singaporean judgment is in stark contrast that of the Indian Supreme Court in Navtej Singh Johar v. Union of India of 2018 in which the Supreme Court of India decriminalized sexual conduct between consenting homosexual adults.

Article 19(1)(a) of the Indian Constitution mirrors Article 14 of Singapore’s Constitution and guarantees to all citizens the right to freedom of speech and expression. This right should not be curtailed within doctrinal boundaries, and it is considered the sine qua non for the realization of an identity in dignity and freedom. No law should have a chilling effect on the freedom of speech and expression.

In the context of gender, freedom of expression encompasses the choice of and inclination toward one’s gender identity which includes realizing the same via dress, speech, mannerisms, choice of partner, acknowledgement of relationships etc. Enabling a meaningful existence by ensuring an individual’s dignity forms the basis of the bundle of rights protected by article 19, viz. the right to freedom of movement, residence, formation of associations or practicing any profession etc. The Court noted how the right to form associations, practice trade and occupation of their choice under article 19(1)(g) fell prey to social stigma and fear of state action that were byproducts of the bygone law. Consequently, when the freedom of speech and expression under article 19(1)(a) is unreasonably restricted, the realization of other concomitant freedoms is impeded. The right to freedom of speech and expression in this context had been curtailed for reasons of decency and morality which constitute reasonable restrictions under the limitation clause of article 19(2).

Gauging the reasonability of the restrictions is a delicate undertaking and there can be no straightjacket formula for the assessment. The Indian courts used to employ the Hicklin test, pursuant to which the indecent expression must meet the high threshold of “obscenity” and possess the tendency to deprave and corrupt the minds of individuals to warrant a restriction. The Hicklin test was junked and succeeded by the proportionality test of ascertaining the reasonability and henceforth, the validity of the law on account of its proportionality to the legitimate aim and social need sought to be achieved. A law that uses the least restrictive means in achieving the aim and is not too remote or conjectural to the societal need would pass that test. The new step annexed to the aforementioned test is what the Court has given the nomenclature of constitutional morality. It requires a progressive weighing of the societal values and morals as against the constitutional freedoms, with the latter taking precedence. The Court recognized that the freedom of expression is a condition precedent for the survival of constitutional morality. Yet another aspect of freedom of expression discussed in the judgement was with respect to the freedom of choice of two consenting adults to perform a sexual activity for purposes other than procreation, which would not be deemed as against the order of nature. The explicit recognition of homosexuality as a form of expression, constitutionally protected is in conformity with international perspectives which were amply contemplated by the Court in the judgement.

India’s stamp of approval on gender expression as constitutionally safeguarded was also successfully invoked in Motshidiemang v. Attorney General before the High Court of Botswana (para.140 and 147): Referring to Navtey Singh Johar v. Union of India, Ministry of Law and Justice, the Court decriminalized homosexuality and upheld it as a form of expression for similar reasons. Contrarily, the High Court of Kenya in EG v. Attorney General deemed that it should be wary of foreign jurisprudence and did not look into the question of homosexuality as a form of expression that the petitioners had raised by invoking Navtej Johar. The Court upheld the criminalization of sexual conduct among same-sex individuals for reasons of the moral inclinations of the society.

More and more nations have called in unison for repeal of laws prohibiting or criminalizing expression of sexual orientation and gender identity and for affirmative action to ensure full enjoyment of the right to freedom of expression regardless of sexual or gender orientation. The judgement in Navtej Johar captures the essence of inclusivity that pervades throughout the Constitution, by declaring how social morality, however rigid or structural, must be subject to constitutional morality. The responsibility of constitutional courts goes beyond merely judging on the validity of penal provisions but extends to realizing constitutional values and guaranteeing those to every individual.

Explore posts related to this:
Criminalization of Homosexuality, Discrimination, Freedom of Expression 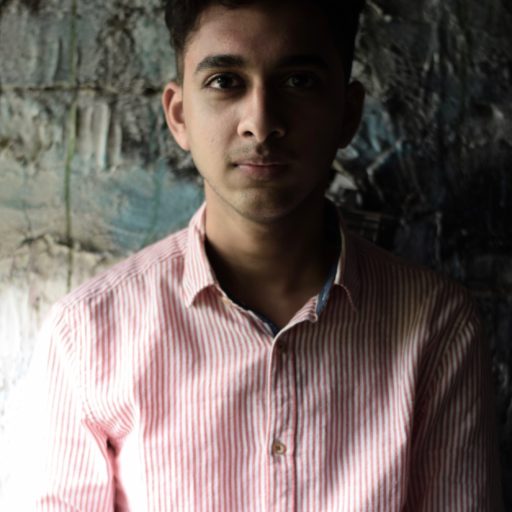 Explore posts related to this:
Criminalization of Homosexuality, Discrimination, Freedom of Expression