How Could the ECJ Escape from the Taricco Quagmire?

The Taricco saga has produced an endless flow of analyses, conferences, seminars. Just surfing the web one can find several comments (Gallo, Amalfitano, Bin, Sarmiento, Steinbeis, Faraguna, Bassini and Pollicino, Repetto) and even theatrical pieces (Gradoni). All this doctrinal effort is convergent in stressing how difficult has become the coexistence between the doctrines that have been developed so far by the ECJ on one side and the national Constitutional or Supreme Courts on the other side.

By a preliminary reference, the Italian Constitutional Courts is asking  the ECJ to re-interpret (i.e. to re-write) its previous decision Taricco I (C-105/14), which had affirmed that the protection of the EU financial interests  must be assured by national judges, disregarding whatever national rule that is in contrast with art, 325 TFEU because the latter has a direct effect.  The national rule was in this case a law that had reduced the limitation period for prosecuting the VAT frauds. The Italian Court explains that, since  the limitation period for the frauds committed by Mr. Taricco had expired, the Italian judges couldn’t give direct effect to art 325 TFEU -and ignore  the time-barring effect without violating the fundamental principle of legality. In other words the application of the Taricco I decision by the remitting judges would trigger the Italian constitutional “counter-limits”.  For this reasons the Italian Constitutional Court is kindly asking the ECJ to find a solution.

Taricco is a decision where major constitutional principles and legal weaknesses are involved on both sides. As to the principles involved: if for the ECJ, autonomy, primacy and direct effects constitutes the very essence of the EU legal order; for the national Constitutional Courts certain fundamental rights—which can be perceived or interpreted in different ways in the national legal orders—are not subjected to any sort of restriction. By consequence when the distinct legal orders of the EU and of the Member States intertwine, the balance—or the respective hierarchy—among all these fundamental values becomes a difficult operation. Both ECJ and Constitutional Courts therefore act as sentinels of the respective fundamental principles.

But their sentry-boxes are shaky because both the doctrine of the counter-limits, from the one side, and that of the direct effects, on the other side, are not immune from ambiguities and logical weaknesses.

Counter-limits should reflect the very essence of each Member State’s constitutional identity: but the unity of the EU supranational system could tolerate exceptions to the supreme principle of primacy of the EU Law only if such values can be considered as worthy to be recognized as fundamental values at EU level. A similar reasoning was developed by the ECJ with regard to the mandatory requirements.

The doctrine of direct effects (resulting ultimately in the disapplication of the conflicting national legislations) is equally grounded on a very delicate theoretical equilibrium. Such a doctrine was created by the ECJ, in the silence of the Treaties, as a sort of sanction against negligent Member States and with a clear reference to the “benefits” that a direct application of the EU primary law first (Van Gend) and of the Directives later, would have brought to the individuals. This is why the “reverse” vertical direct effect (Ratti) and the horizontal effects of Directives (Faccini Dori) have been always refused by the ECJ. What is peculiar of Taricco I is that by reaffirming this doctrine with reference to Art. 325 TFEU (an Article which is clearly directed to the States) it creates consequences in pejus for the individuals.

Secondly, Taricco is a decision that shows the difficulties in applying direct effect through preliminary rulings, used as a mean to substitute an infringement procedure that should have—but had not—been promptly triggered by the Commission. If the milder Italian legislation would have been immediately prosecuted by the watchdog of the Treaties, much doctrinal and judicial labour could have been spared.

But now, after the new Taricco reference made by the Italian Constitutional Court the ECJ is confronted with a delicate problem. How could it produce a Taricco II that a) does not contradict its previous case law (from Van Gend to Taricco I passing through Simmenthal and many others) and b) is “empathic” (see Sarmiento) towards the claims of the Italian Constitutional Court? These claims are neither unreasonable nor irrelevant, since there is a serious risk that the saga ends with the application of the counter-limits: an inelegant finale that the Italian constitutional judges—traditional supporters of EU law—are desperately seeking to avoid.

Since so many contributions have already been produced around Taricco, I would here only try to imagine how the operative part of Taricco II could be declined in order to achieve a balance between the EU fundamental values and national fundamental rights.

This is of course just one more exercise of legal imagination. The ECJ and the Constitutional Courts, in all their isolated splendour (or splendid isolation), preferred so far to follow parallel lines, whose meeting could only take place ad infinitum. However, if the parallelism collapses, the two lines are doomed to crash.

The necessity of a dialogue among the Courts has recently been reaffirmed in Luxembourg, in the occasion of a celebration of the 60 years of the Treaty of Rome. This judgment, involving both Luxembourg and Rome, could be an excellent opportunity for showing that such dialogue really works. 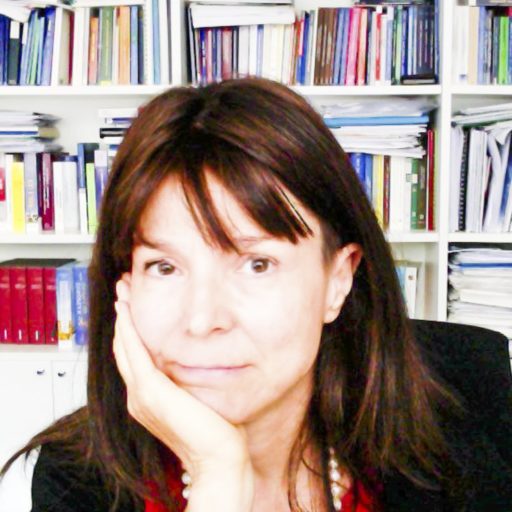