How Much Money is a Lot of Money?

On 7 September 2021, the European Commission announced that it will ask the European Court of Justice (ECJ) to impose financial penalties on Poland for not complying with the Court’s order for interim measures of 14 July 2021 regarding its Disciplinary Chamber. In particular, the Court had ordered Poland to suspend the working of the Disciplinary Chamber of the Supreme Court as well as other provisions of Polish law relating to judicial independence. Stating that the Commission had now come to the “end of the road” with its dialogue with Poland in the matter, Commissioner for Justice Didier Reynders said that the Commission had asked for a fine “as high as €1m” for each day that the Disciplinary Chamber continues to operate. In addition, the Commission sent a letter of formal notice to Poland for not complying with the Court’s decision of 15 July 2021, in which the Court found the Polish disciplinary regime to be incompatible with EU law.

At first glance, a penalty of 1€ million a day does sound like a lot. In fact, it would be one of the highest fines the Court would have ever enacted, if it followed the Commission’s recommendation. However, at the same time the episode shows how little harm the EU penalties usually do to national budgets. And how much more leverage in the same field of concern – in this case enforcing the rule of law in Poland – the Commission can yield with a completely new instrument: the withholding of funds under the Recovery and Resilience Facility (RRF) in the process of national recovery and resilience plans (RRPs) based on country-specific recommendations relating to judicial independence.

The Treaties do not specify the amount to be imposed as penalty payments in cases where member states do not take the necessary measures to comply with an ECJ judgment. Article 260 TFEU merely mentions that the Commission shall specify an amount “which it considers appropriate in the circumstances”. While lump sums are more about penalising member states for their non-compliance with EU law, daily penalties aim at encouraging member states to stop their breach as soon as possible. This means that the sum must be high enough so that a penalized member state cannot afford to simply pay the amount as a sort of infringement tax.

Of course, this leaves Brussel’s with a lot of discretion. The Commission itself has come up with a method of calculating both lump sums and penalty payments in infringement proceedings based on three criteria, though they are not binding: the seriousness of the infringement, its duration, and the need to ensure that the penalty itself is a deterrent to further infringements. The third criterion in essence relates to the wealth of the member state in question and its ability to pay combined with its institutional strength. This is called the special ‘n’ factor and is calculated in accordance with each country’s GDP and number of seats in the European Parliament.

At the basis of the calculation of daily penalties lies a standard flat-rate set by the Commission, which in 2021 amounts to €3154. This number is then multiplied by the special ‘n’ factor, which in the case of Poland is 1.29, as well as the coefficients for seriousness (ranging from 1 to 20) and duration (ranging from 1 to 3). Using the highest coefficient for the seriousness of the infringement as well as the maximum coefficient for its duration, we would arrive at the following calculation for Poland: Daily penalty payment = €3154 x 1.29 x 20 x 3 = €244,119.60.

The Commission has, according to Commissioner Reynders, asked the Court to impose four times that amount. While it should be noted that it is not clear whether the ECJ will follow the Commission’s request and in fact order €1 million as penalty payment in the case of the Polish disciplinary chamber – the fine might well be much higher or lower as the Court is neither bound by the Commission’s proposal, nor is there an upper limit for the penalties – the amount requested by the Commission is remarkable in itself. In comparison, in the case of the Białowieża Forest, the Court had imposed financial penalties for non-compliance with an interim measure as high as €100.000 for each day that the Polish government would infringe its order to halt the logging.

And yet, even the €1 million a day-penalty seems to amount to little more than peanuts if one weighs such a penalty payment against the sums that are currently at stake for Poland under the recovery fund.

Putting the amount into perspective: millions vs. billions

Under the RRF, Poland is set to receive €23.9 billion in grants, to be paid out until the end of 2026, in addition to a request for a loan of €12.1 billion. Of those €23.9 billion, 13% can be paid out by 31 December 2021 in the form of a pre-financing, upon request of the member state and pending the approval of the national recovery and resilience plan by the Council. This means that Poland could be entitled to €3.1 billion before the end of the year once its RRP has been cleared by the Commission and approved by the Council. To make the difference in amount clear: If Poland were to be sanctioned by the ECJ to a penalty payment of €1 million a day as of next week, the penalty until the end of the year would be approx. €100 million – a fraction (3.3%) of what would be lost for this year under the RRF pre-financing for Poland if it does not comply with the Commission’s requests.

As things stand, the European Commission is yet to approve both the Polish and Hungarian RRPs. Under the Recovery and Resilience Regulation 2021/241, the Commission is responsible for assessing the national recovery and resilience plans, the approval of which is the precondition for the release of the funds. In doing so, the Commission, amongst others, also checks whether the RRPs contribute to “effectively addressing all or a significant subset of challenges identified in the relevant country-specific recommendations”.

Both the country-specific recommendations (CSRs) for Poland and for Hungary contain clauses regarding judicial independence, which is famously deficient in both countries. In Poland’s case, the issue is further exacerbated by a motion lodged by Prime Minister Morawiecki to the constitutional tribunal questioning the primacy of EU law over the Polish constitution, including the interpretation of article 19 TEU on effective judicial protection. The case, which is currently pending in front of the Polish constitutional tribunal and for which the next hearing is scheduled for 22 September, has been named by Commissioner Paolo Gentiloni as one of the reasons for the delay in approving the Polish RRP.

By linking the pay out of recovery funds with the CSRs as adopted under the European Semester, the RRF regulation thus gives the Commission a powerful tool to enforce the rule of law simply by being able to leverage very large amounts against the member states.

A much stronger leverage

Of course, this is not to say that the Commission’s request for penalty payments to the Court is not significant. Continuing on the example of above, it would still be the question of whether to have or not to have €100 million in the government coffers in this crisis-ridden year. And even more importantly, it is an important signal that the Commission, as the guardian of the Treaties, will not accept such blatant non-compliance with ECJ judgments – a matter of principle if you will – and that it is not joking about the amount of penalties either.

This text was published in parallel as a policy position at the Jacques Delors Centre. 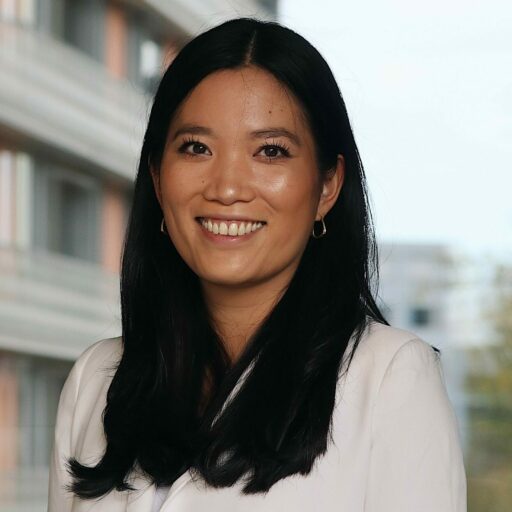 Other posts about this region:
Europa, Polen 2 comments Join the discussion
pixel_not_set
Go to Top