Human Rights in the Line of Fire

On 21 January 2021, the Grand Chamber of the European Court delivered its judgment in the case of Georgia v Russia (II). The Court did establish Russia’s responsibility for the consequences of one of the gravest military confrontations the continent has seen since Russia has joined the Strasbourg club. The Court is visibly not at ease with its role to adjudicate human rights violations in an armed conflict between two States. It left the five-day exchange of hostilities to the realm of humanitarian law, however, not exclusively. The white spots on the map of human rights protection in Europe the Court identifies have broad ramifications for the pending cases between Ukraine, The Netherlands and Russia as well as the cases between Armenia, Azerbaijan and Turkey. The findings are also relevant for the respective overlapping individual applications. Overall, some 15% of the individual applications before the Court arise out of a context of inter-State conflict.

The inter-State application under Article 33 of the European Convention on Human Rights was lodged by Georgia in the context of the hostilities between Russia in South Ossetia and Abkhazia in the summer of 2008. Overall, the regions affected make up for some 20% of the Georgian territory. During the 2008 conflict and its aftermath, some 850 persons were killed, many disappeared. Some 100,000 mostly ethnic Georgians had to flee their homes, 23,000 of them permanently. Many homes were destroyed.

The Court’s task was to assess whether the Russian Federation has lived up to its treaty obligations under the ECHR in the context of the hostilities in 2008.

The Court split its analysis into two different phases: the five-day active hostility phase on the one hand, and the aftermath of the hostilities on the other. Transcending the temporal categories of “during” and “after”, the Court’s analysis in each phase is tailored to the types of (alleged) violations of the Convention,

Unanimously, the Court found Russia in violation of Article 2 ECHR in its procedural aspect for the lack of an effective investigation into the deaths of the many victims during and in the aftermath of the hostilities. Furthermore, the Grand Chamber established Russia’s responsibility for acts of torture under Article 3 ECHR regarding the treatment of some 30 Georgian servicemen during and after the hostilities.

The Grand Chamber found by a 11:6 majority that the Russian Federation had no jurisdiction under Article 1 ECHR during the five-day time frame of the active hostilities concerning the substantive allegations regarding violations of the right to life.

On 12 August 2008, Jean-Paul Costa, the then-President of the Court acting as President of the competent Chamber, decided to apply Rule 39 of the Rules of the Court upon the request of Georgia. The Court called upon both Russia and Georgia to comply with their engagements under the Convention, particularly with respect to Articles 2 and 3. The measures are usually coupled with requests for information under Rule 39 § 3 of the Rules of the Court. I have argued that there is merit in this type of measures. Unfortunately, the Court did not take the opportunity to clarify the role of its interim measures in inter-State proceedings. However, interim measures have become part of the Court’s toolbox also in the Ukraine conflict since 2014 (see Marten Breuer). The present judgment Georgia v Russia II was adopted in the summer of 2020, that is to say before the most recent outbreak of hostilities in the region of Nagorno-Karabakh lead to an unprecedented flurry of interim measures.

The Court’s practice concerning interim measures in the context of inter-State proceedings which implicate international humanitarian law (Georgia, Ukraine, Nagorno-Karabakh) is hard to reconcile with the broad finding that “it must be for the Contracting Parties to provide the necessary legal basis for … assessing acts of war and active hostilities” (§ 142). These affected States’ requests for interim measures should be looked at from the angle of state practice which indicates that States deem the Convention to be applicable in situations of conflict.

The Court finds the Russian Federation in violation of its duty to cooperate under Article 38 ECHR because it did not disclose the combat reports requested (§ 345). Unlike in the 2014 Georgia v Russia I judgment, where Russia’s violation of its duty to cooperate was the first operative paragraph of the judgment, the Court does not assign a prominent role to Russia’s failure to enable the Court to do its job. In para 12 of the operative part of the judgment, however, it unanimously finds a violation of the procedural leg of Article 2 ECHR. This may be an alternative approach, which is based on substantive rather that procedural obligations under the ECHR.

The Court cites “difficulty in establishing the relevant circumstances” (§ 141) in the most controversial part of the judgment concerning the Russian jurisdiction during the active phase of hostilities. The Court sees no contradiction when it cites the “magnitude of the evidence produced” as a difficulty in the very same sentence. Judge Chanturia hints at the disagreement of the judges over the factual situation, opining that there was “more than enough evidence” (§ 23).

Judge Keller observes that “the Court’s usual fact-finding methodology is ill-suited, in its flexibility and forbearance, to inter-State cases” (§ 11). What is certain is that the methods of fact-finding, the possibilities of today’s forensics (e.g. here with regard to Eastern Ukraine) are not mere technicalities. They lay the groundwork for the Court’s work. The flexibility and adaptability the Court enjoys is an asset. The Court (taken together with the former Commission) disposes of vast experience with fact-finding. The use of direct evidence such as witness hearings adds to the weight of a judgment (see witness statements in the annex to the judgment). It is a time-consuming process, but a very worthwhile one with a bearing on the way the events will be remembered.

The cases of torture of Georgian “prisoners of war”

The Court found that some 30 individuals who were detained in Tskhinvali (South Ossetia) between 8 and 17 August 2008 had been the victims of torture. The jurisdictional issue was decided unanimously and concerns the time during active hostilities and the aftermath. Three affected individuals were heard as witnesses (§ 262ff). While two men appear to have died at their tormentors’ hands (§ 263), the Court did not go ultra petita and did not find a violation of the right to life in their regard. The Court refers to the victims as “prisoners of war”, a term borrowed from international humanitarian law. The prohibition of torture and ill-treatment under Article 3 ECHR is a non-derogable guarantee and has a homologue in international humanitarian law. Interestingly, the Court adds that “[t]hose acts are particularly serious given that they were perpetrated against prisoners of war, who have a special protected status under international humanitarian law” (§ 278).  Thus, IHL seems to be an aggravating factor for the application of the Convention. The situation is thus the opposite one than in the Hassan case, which concerned Article 5 ECHR. In that case, in simplified terms, IHL watered down Article 5 of the Convention.

The current case and Hassan taken together indicate that IHL can produce very different effects for different Convention guarantees.

The Court found that Russia had no jurisdiction concerning the allegations under the substantive leg of Article 2 ECHR, the right to life. It is not entirely clear whether legal or factual reasons were leading for this part of the judgment.

The litigation strategy of Georgia to focus on systemic violations under Article 2 ECHR, which is closely connected to the dispensation from the requirement of the exhaustion of domestic remedies, has two consequences: it requires a global finding of jurisdiction under Article 1 ECHR, and it puts a high evidentiary hurdle on the allegation of systemic killings.

The factual component that underlies the question of jurisdiction is certainly challenging and seems to have been decisive. Worthy to consider is that the (relatively short) five-day period is well-documented. Still, the Court employed the term “chaos” (§ 137) to describe such a situation. The situation in other, more prolonged conflicts which sit on the docket of the Court arguably raise even more difficulties with regard to the establishment of jurisdiction. The Court could have done a better job in explaining its approach and is aware of the criticism it will meet with (§ 140).

The legal component requires to systemically integrate those rules of IHL which do allow to kill those actively involved in the hostilities with the right to life under the Convention. The Court cites the 2005 Armed Activities on the Territory of the Congo case of the International Court of Justice, where the latter stated: “As regards the relationship between international humanitarian law and human rights law, there are thus three possible situations: some rights may be exclusively matters of international humanitarian law; others may be exclusively matters of human rights law; yet others may be matters of both these branches of international law.” (§ 91)

The Court concludes that “the very detailed rules of international humanitarian law” prevail (§ 143) over Article 2 ECHR.

Replacing jurisdiction with Article 1 ECHR with the concept of international armed conflict?

The Court takes the stance (§ 142) that it “lacks the legal basis to assessing acts of war and active hostilities in the context of an international armed conflict outside the territory of a respondent State”. A legal argument on its face, which begs the threshold question of international armed conflict. The definition the Court seems to have in mind is not the one of common Article 2 of the Geneva Conventions, that explicitly include situations of occupation. The Court will not find relief with respect to fact-finding: this argument requires to determine in which geographic context an international armed conflict unfolds, when it starts and when it ends. It thereby replaces the notion of jurisdiction under Article 1 ECHR with a concept borrowed from IHL without much gain. (For the wider jurisdictional aspects of the judgment see Marco Milanovic and Kanstantsin Dzehtsiarou.)

Along the line of fire

The Court drew the line between the Convention and IHL regarding the right to life. In this specific aspect, IHL and human rights law potentially diverge. The disappointment over the decision not to hold Russia responsible for the five-day war under Article 2 ECHR also lies outside of the Convention: judicial mechanisms for the enforcement of IHL are largely inexistent.

Whether Russia will draw consequences from this judgment remains to be seen. While the Court has not yet decided on just satisfaction, Russia has not paid the 10 Million Euros the Court awarded in Georgia v Russia I in January 2019. The Russian Federation maintains that Article 41 ECHR is no legal basis for such an award in inter-State cases in the Convention.

Other posts about this region:
Georgia, Russland 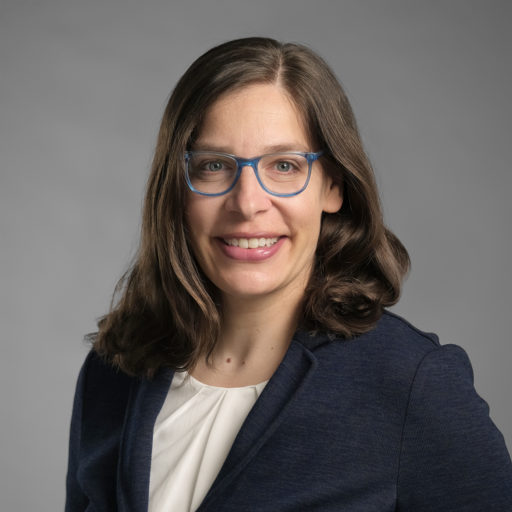 Other posts about this region:
Georgia, Russland 2 comments Join the discussion
Go to Top