While Iceland is not under a lockdown, the borders have been closed and wide-ranging measures implemented concerning a ban on gathering, social distancing, closing down or restricting the operation of schools, hair salons, organized sports and so on. When this is written, the current version of the ban on gathering is destined to last until 4th of May but some measures will be in place throughout the summer and maybe even longer. Now, gatherings of more than 20 people are forbidden, including in workplaces, cafés, restaurants and shops but special rules apply to grocery shops and pharmacies. The so-called two meter rule applies in these places. Other places have been shut down completely, such as gyms, swimming pools and pubs. The economic situation is also dire. Businesses are struggling and unemployment is on the rise. The last big depression is still fresh in memory. In what follows, I will focus on measures concerning the health crisis.

The Rule of Common Sense

Many have no doubt felt the power of the State in the form of commands and threats of sanctions. After all, there are numerous prohibitions and requirements that must be obeyed. In addition to the ‘shall’ and ‘shall not’ rules laid down in law, which have affected the general population in dramatic ways, there is another dimension to how the small island nation is governed during this crisis. The authorities have appealed to people’s common sense and sense of community. They are governing with measures such as issuing guidelines, giving recommendations or advices and providing information. Among the recommendations repeated over and over again is washing and sanitizing hands, avoid touching, adhering to the two metre rule wherever possible and to self-isolate or quarantine in certain situations. These are not hard and fast legal rules backed up with sanctions. This is the rule of common sense.

Trust in the government is no doubt an important factor in making this approach work. Access to information and almost daily briefings with experts likely play a role in forming and maintaining trust. When this is written, over forty briefings have been televised with the Head of the Department of Civil Protection and Emergency Management of the Police, the Director of Health, the Head Doctor of Infectious Diseases and various other experts invited to address the issues of the day, such as the situation at the National Hospital, protection of children and domestic violence. Experts and officials have been placed front and centre, not politicians. This means that the ordinary citizen is receiving recommendations, advices and information from the experts. As far as I can see, it is working.

The authorities have appealed to our sense of community and said we are all in this together and can get through this together. They have also reminded people of vulnerable persons they may put in danger by acting irresponsibly. People have responded to this by sharing on social media messages, such as “Við erum öll almannavarnir” (e. “We are all civil protection and emergency management” – a bit snappier in Icelandic) and “Ég hlýði Víði” (e. “I obey Víði”, but Víðir is the name of the Head of the Department of Civil Protection; luckily the Icelandic version rhymes). A good example of this approach is the Easter Weekend, which is a popular travel weekend in Iceland. Instead of banning travelling to the countryside and staying in summer houses, the authorities have strongly encouraged people to stay at home. They have appealed to their common sense by, among other things, informing them about the reasons why it is bad idea to travel during this weekend and the possible consequences it could have for the health care system. Celebrities have re-enforced the message with a music video about ‘travelling indoors’ where the aforementioned experts make an appearance. Other examples of appealing to people’s common sense and social duties is Iceland’s widespread coronavirus testing of the general population, done with the assistance of a local medical company, and the downloading of an app that helps tracking infections.

The Rule of Law

There are downsides to the rule of common sense. One of them is that not everyone follows the recommendations and guidelines. Indeed, the government has not only relied on people’s good will. Rules have been laid down backed up with the threat of fines and imprisonment. On the whole though, an appeal to people’s common sense and sense of community may be more effective than threats, at least in certain communities. Notwithstanding, the rule of common sense is too limited. Some measures intervene in people’s lives and interfere with their rights in such drastic ways that no guideline suffices. Workplaces and schools, for example, cannot be shut down without a firm basis in law. How does Icelandic law address emergencies like these?

The 1944 Constitution, which has been amended several times, has no explicit provisions on emergency powers but an unwritten principle of necessity is recognized. The government has not relied on the principle or sought a derogation according to Article 15 of the European Convention on Human Rights. This means that the government’s measures must be justified according to the limitation clauses in the Constitution and the European Convention on Human Rights. No special emergency acts have been enacted or proposed to deal with the health crisis. Instead the government has used the statutory law already in force. Chief among them is the 1997 Infectious Diseases Act, with later amendments. The act empowers the Minister of Health, on the advice of the Head Doctor of Infectious Diseases, to implement various measures and lay down administrative rules. Several administrative instruments have been enacted on this basis. Firstly, Rules on Quarantine and Isolation because of COVID-19. Secondly, Advertisement on Limitation on Gatherings because of the Outbreak. Thirdly, Advertisement on Limitation on the Operation of Schools. These are advertisements of the Minister of Health’s decisions. Additionally, the Director of Public Prosecution has issued an instruction about prosecutions and fines for violations of said rules and advertisements/decisions. Finally, the Minister of Justice has enacted a Regulation that implements travel restrictions imposed for the Schengen Area and the European Union. It is based on the Foreign Nationals Act.

The Infectious Diseases Act does not provide the government with carte blanche. It concretizes key terms, such as ‘public measures to combat infectious diseases’, and lists a few examples of types of measures the Minister of Health can adopt, for example a ban on gathering and closing down schools. It also empowers the Minister to lay down administrative rules. The aforementioned administrative instruments have been enacted on this basis. Furthermore, the Act’s purpose and the kind of objective considerations that decisions should be based on are readily discernible by a cursory read. It follows that the Minister does not have an unfettered discretion.

However, the Act is not as clear as would be ideal. Article 12(2), which is the main basis for all of the measures, says the Minister of Health decides whether to adopt public measures to combat infectious diseases without explicitly laying down any conditions for such a decision. Moreover, the examples listed in the article are not exhaustive and the Minister has a wide discretion as to the type and content of the measures. Also, the Article does not specify the form of the ‘decision’. Not only that, there is no explicit mention of time limits or other limitations of the measures. The Minister of Health has been delegated a far-reaching power to respond to health crises.

Having said that, it should be noted that the Minister’s decisions must be in accordance with human rights provisions in the Constitution and the European Convention on Human Rights. The decisions and rules also need to satisfy the requirements of administrative law, such as the principles of proportionality, legality, equality and objective considerations. In other words, the Minister is limited by other laws than the Infectious Diseases Act.

What About the Administrative Instruments?

Space does not permit a detailed analysis of the administrative instruments. Nonetheless, a few words can be said about the Advertisement of the Limitation on Gatherings because of the Outbreak. The Advertisement (or the decision) is short or nine brief articles. This is in line with the tradition of legislative drafting in Iceland. The first article states that the Minister’s decision and its purpose of slowing down the spread of the COVID-19 disease as possible. The second article states the temporal scope of the decision. The next five articles lay down the ban on gathering, the two metre rule, closing down of some places, cleaning and sanitation in public spaces and places that are exempt, such as ‘necessary health care services’. Article 8 then states that the Minister of Health and the Head Doctor of Infectious Diseases can grant exemptions. That article is not completely open ended but it is not very clear either. It says that the Minister can grant exemptions from the ban on gathering for the purpose of public order and security or to protect the life and health of humans and animals. The Head Doctor can grant exemptions from quarantine in relation to socially vital infrastructures of a certain sort. While it is immensely difficult to foresee all the cases that need an exemption it is also important to be aware of the wide discretion the authorities have in this regard and the brevity of the decision.

The State of the Island

All in all, the state of affairs in Iceland from the perspective of the Rule of Law, democracy and human rights seems in pretty good shape so far considering the nature of the crisis. The Parliament is still active focusing on measures to combat the health and economic crises. The operation of the courts has been limited but they are still up and running. Importantly, the decision was taken by the administration of the courts. No worrisome statutes have been enacted or proposed that transfer undue powers to the executive branch to deal with the health crisis and reliance on special powers is limited to the Infectious Diseases Act and the administrative instruments based on it.

To conclude, four points may be mentioned. First, although the main legal instrument, that is the Infectious Diseases Act, does not confer an unfettered discretion on the authorities, it would be better if it were clearer and laid down explicit conditions and limitations. Second, even if the statutory and administrative instruments are clear enough, sometimes the ‘devil is in the practice’. It is too early to tell how the authorities fair with applying the instruments in light of human rights provisions and administrative law. Third, it is good to remember in our legalistic world that governance is not limited to hard and fast legal rules backed up with sanctions but can also embrace other, softer measures. These other measures may present special problems from the perspective of the Rule of Law, democracy and human rights that have not been analysed here. Fourth and last, while there are strict rules that apply to the testing of the general population and the data from the tracking app, the risk to the right to privacy is always present. 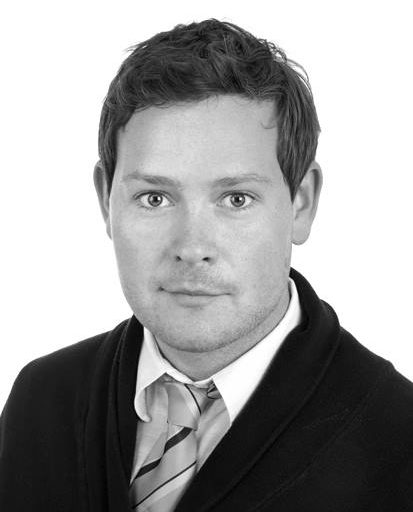