(Il-)Legal Gymnastics by Poland and Hungary in EU Border Procedures

This week, Poland has made headlines yet again for dispatching 12,000 guards to the border between Poland and Belarus and the use of tear gas to prevent third country nationals (TCNs), including children, from crossing into Polish territory. This approach is part of a larger policy by the Polish government, whereby domestic legislation was enacted to prevent TCNs from crossing the Polish-Belarusian border into Poland on account of security concerns. Concomitantly, domestic legislation was adopted to facilitate the return of any TCNs found to have crossed the border irregularly, back to Belarus without any assessment of their claims for international protection. By adopting these domestic acts, Poland appears to be following in the footsteps of the Hungarian legislator, which likewise in recent years has enacted and relied on domestic legislation to stretch the limits of EU asylum and migration law.

Recent insights by Dr. Baranowska provide a comprehensive and compelling account of the Polish practice at the Polish-Belarusian border and prompt further comment on the reconcilability of these non-entrée and return measures with EU secondary legislation, particularly considering recent case law by the CJEU (Tompa and FMS) and the ECtHR (Ilias and Ahmed and RR and others v Hungary) on similar measures in Hungary.

Dr. Baranowska explains that an Executive Order of March 2020 prohibiting border crossings in a generalized manner at the borders with Russia, Belarus and Ukraine, was first enacted for the purpose of combatting COVID-19. Exceptions to this entry ban are limited, and international protection seekers do not fall within the scope of these exceptions. This interim measure was then amended in August 2021 to facilitate the automated return of all individuals found to be in violation thereof, at either the border crossing points and/or anywhere else within Polish territory, regardless of requests for international protection. In other words, regardless of where individuals are found in Polish territory and regardless of whether individuals are seeking asylum or subsidiary protection in Poland, they are returned to the border crossing points and pushed out of Polish territory.

In parallel with this amendment to the Executive Order, the Parliamentary Act of 21 October 2021 was drafted and entered into force on October 25th, 2021, which holds that when TCNs are apprehended at the border, they will be immediately and automatically returned and will be subjected to an entry ban ranging between 6 months and 3 years. Under this legislative act, border guards may disregard requests for international protection, unless the individuals can meet a two-fold condition: TCNs must first demonstrate that they are directly fleeing a country where “their life or freedom is threatened with persecution of the risk of serious harm” (1) and must demonstrate that there are reasonable grounds for having entered Poland irregularly (2). Insofar these conditions are not sufficiently met, they are returned to the border crossing points. Crucially, armed Belarusian authorities refuse the readmission of these TCNs. Consequently, the individuals concerned are left in legal limbo in dense forests with no access to basic amenities, while being ping-ponged between security forces of both states. Not only are the lives of the individuals consistently endangered, this has likewise given rise to hallucinogenic situations, evidenced for example by a member of the Polish Parliament who was chased by numerous Polish border guards while attempting to provide basic amenities and supplies to individuals constrained in these forests.

EU competence to legislate on borders, asylum and migration is based upon Articles 77, 78, 79 TFEU. Crucially, the principle of non-refoulement principle must be respected across these areas of competence, which is reaffirmed and safeguarded by Article 4 and Article 19(2) of the Charter of Fundamental Rights. The non-refoulement principle under EU law must furthermore be interpreted in accordance with the ECtHR’s interpretation thereof due to the judicial convergence guaranteed by Article 52(3) Charter for corresponding rights in the Charter and the ECHR.

The non-refoulement principle holds firstly that Member States are prohibited from expelling individuals back to third countries (of origin or of return) where the individual risks being subjected to persecution and/or ill-treatment. However, for the realization of this principle to be “practical and effective”, as opposed to “theoretical and illusory” (Hirsi Jamaa, ECtHR, 2012, §175), Member States must not only respect the negative obligation to abstain from sending individuals back to such ill-treatment but are likewise bound by several procedural and substantive positive obligations (MK and others v Poland, ECtHR, 2020, §170-173). These positive obligations demand among others, that an assessment of individual requests for international protection must be made by the expelling authorities, prior to sending individuals back to a third country (of return or origin), which militates against the use of large-scale automated or expedited returns of individuals to Belarus. In MK and others v Poland the ECtHR reaffirms that Member States may enact (domestic) legislation regulating expedited returns of TCNs to third countries in conformity with the non-refoulement principle, but explicitly sets forth (procedural) safeguards that must be in place to ensure the essence of the non-refoulement principle remains respected.

EU legislation on borders, asylum and migration builds on the concept of expedited border procedures and holds in Article 43 of the Asylum Procedures Directive (Procedures Directive) that Member States are entitled to provide for domestic border procedures, which may result in inadmissibility decisions and subsequent expedited returns to safe third countries (Article 33 in juncto Article 38 Procedures Directive). However, such border procedures resulting in expedited returns must occur in accordance with Articles 33 and 38 Procedures Directive to be considered compliant with the non-refoulement principle. These provisions provide the grounds upon which asylum and subsidiary protection requests may be considered inadmissible and condition such decisions inter alia on the respect for (direct and indirect) non-refoulement in the country of return and require that a sufficient connection is established between the country of return and the TCN.

The question of expedited returns in domestic border procedures following inadmissibility decisions was at stake in numerous cases concerning the Röszke transit center saga which unfolded at the Hungarian-Serbian border and gave rise to the Ilias and Ahmed (ECtHR, 2019), the Tompa and FMS judgments (CJEU), as well as the very recent RR and others v Hungary judgment (ECtHR). These cases all concerned the expedited return of TCNs to Serbia, on account of the idea that Serbia was a safe transit country – a Hungarian interpretation of what constitutes a safe third country in line with Article 38 Procedures Directive. One of the central questions at stake in all of these cases, was whether the Hungarian domestic border procedure which resulted in expedited returns of individuals to Serbia on account of the safe transit country designation, fell within the ambit of Articles 33 and 38 Procedures Directive concerning returns to safe third countries, and was thus compliant with the non-refoulement principle. Simply put, could the Hungarian concept of a safe transit country be considered a variation of the safe third country designation?

The ECtHR and CJEU concurred (despite disagreement on the questions concerning detention that were also at stake in these cases) that such expedited returns can only occur insofar the conditions established in ECtHR jurisprudence (see for example MK and others v Poland §168 – 173 and Ilias and Ahmed §151 – 165) and Article 38 Procedures Directive have been respected. The CJEU furthermore reaffirmed that mere transit through a country does not provide for a sufficient link to expel TCNs to that country as required under Article 38 Procedures Directive (Tompa §44 – 47 and FMS §156 – 157). Finally, both Courts affirm that the refusal of readmission in the country of return, is a factor to be considered in the determination of whether the non-refoulement principle has been respected.

Comparing the domestic Polish and Hungarian legislation on border procedures

In both Hungary and Poland, arguments of securitization and health emergencies were relied upon to enact domestic legislation intended to regulate border procedures. While EU law indeed provides for this possibility under Article 43 Procedures Directive, and the ECtHR has interpreted this to be permissible under the non-refoulement principle as long as a number of guarantees are respected, both Member States have disregarded these safeguards, albeit to differing degrees. Indeed, it was already established and reaffirmed in 2019 (Ilias and Ahmed – ECtHR) and 2020 (FMS – CJEU) that border procedures resulting in expedited returns could not be considered a carte blanche to expel individuals back to third countries. Yet the differences in the approaches to border procedures adopted by Hungary and Poland are striking, in that Polish legislation does not even purport to conceal its disrespect of EU asylum and migration law.

The legal construct of a ‘safe transit country’ designation under Hungarian law at least provided the semblance of a domestic border procedure developed in line with Article 43 in juncto Article 33 – 38 APD. The same cannot be said for the Polish Parliamentary Act of 21 October 2021, which followed significantly after the rulings by both courts on the topic of expedited border procedures and the non-refoulement principle in Hungary. Recall in this respect that under the Parliamentary Act, border guards may disregard asylum applications when expelling TCNs back to the Belarusian border, without providing them with the opportunity to lodge a request for international protection (Article 6 Procedures Directive). The one exception under the Parliamentary Act, which would allow protection-seekers to enter Poland, is subject to the two-fold condition that requires individuals to be coming from a place where their life and freedom is at risk (1) and requires the TCNs to provide reasonable grounds for having entered the country irregularly (2). However, the current Polish practice to push back individuals in its territory and at its border to Belarus, appears to presuppose that Belarus is a safe transit country or a safe country of return, and this despite the diametrically opposed findings in MK and others v Poland by the ECtHR, and the findings of the CJEU in Tompa and FMS on the topic of transit countries.

Furthermore, the legal requirement whereby TCNs must demonstrate they had reasonable grounds to enter Poland irregularly, could (and should) be questioned considering the essence of the non-refoulement principle. The requirement to provide reasonable grounds for irregular entry appears to focus excessively on the conduct of the TCNs, which appears to allude to the pronouncement of the ECtHR on individual conduct in border procedures in ND and NT v Spain (§ 200-201; See also: partly dissenting opinion of Judge Koskelo §34- 37). This requirement is furthermore entirely nonsensical in an already expedited procedure where Polish border guards are legislatively permitted to disregard requests for international protection, which form the very foundation for the irregular entry to begin with, as other means to request international protection are currently extremely limited under the Executive Order enacted on account of the COVID-19 pandemic.

While it is problematic that both countries are actively developing measures of non-entrée in violation of the non-refoulement principle, it is acutely problematic that Poland has foregone any semblance of conformity with EU law at all in the adoption of its domestic legislation on border procedures. This is aggravated by the fact that any legal proceedings before domestic and/or regional courts will span over the course of several months at least and will be elongated by enforcement proceedings, and this while individual TCNs remain in legal limbo between two states that refuse to (re-)admit them, without access to basic amenities and with winter around the corner. 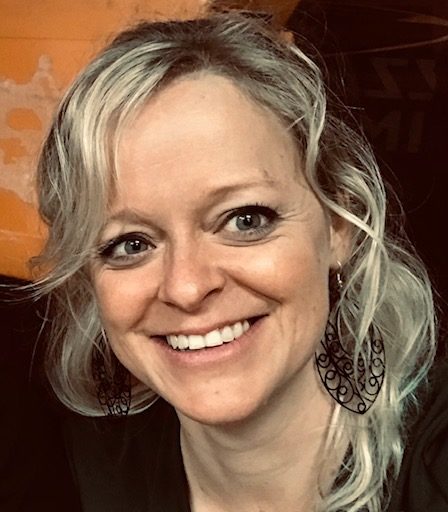 Other posts about this region:
Europa, Polen, Ungarn 4 comments Join the discussion
Go to Top