In Defense of Its Identity

A Proposal to Mainstream the Rule of Law in the EU

The Court of Justice has spoken. The Commission may now, under Regulation 2020/2092, withhold monies from Member States that do not observe the rule of law.1) This “budget conditionality”, if wielded smartly, should prove a powerful tool if comparative experience coaxing states through union money to follow union policies holds true in Europe. Given the limitations of national reference actions and infringement proceedings that lag behind the nefarious strategies of some governments, and the political obstacles to using Article 7 TEU, we cheer on this new tool of the Union. But we believe the urgency of rule of law concerns demands more pervasive action.

The Identity of the Union

In short, the Union’s legality, legitimacy, and effectiveness — and, indeed, its very identity — depend on shared compliance with the rule of law. The Union must therefore, as the Court said today, be able to defend its values within the limits of its competences.3) And it must take positive action now.

Rule of Law Mainstreaming – A Proposal

We therefore propose “mainstreaming” the rule of law, along with other values of the Union, including, where appropriate, the concept of conditionality. The introduction of rule of law budgetary conditionality in Regulation 2092/2021, as approved by the Court, is a first step in the right direction, but the Union must go further. Taking a page from fundamental rights and anti-discrimination law,4) we suggest the systematic, deliberate, and transparent incorporation of rule of law considerations into all Union policies and practices at all stages, from planning and legislation to execution and enforcement, with the aim of actively promoting, realizing, and sustaining the rule of law throughout the Union.

We may already be witnessing some rule of law mainstreaming based on existing legislation. The Commission’s recent delay in distributing COVID-19 recovery funds under Regulation 2021/241 to Poland and Hungary might be such an example, as this delay was taken outside the formal budget conditionality regulation. Regulation 2021/241 did not specify that the Commission should consider the recipient’s rule of law record, but the Commission may nonetheless have interpreted its mandate5) in the light of the Union’s fundamental values set forth in Article 2 TEU.

However, regardless of any implicit authorization in existing legislation, rule of law mainstreaming must be taken up more systematically, deliberately, and transparently, not only by the Commission, but by the Union legislature itself. Such an approach, albeit regarding fundamental rights, is reflected, for example, in Directive 2014/41/EU on the European Investigation Order. Under this directive the recognition or execution of a Member State’s order to gather evidence for criminal proceedings may be rejected by other Member States where there are substantial grounds to believe this could be incompatible with Article 6 TEU and the Union’s Charter of Fundamental Rights. In the Asylum area, too, secondary legislation obliges Member States, when determining who is responsible for examining a refugee application under the Dublin-III-Regulation (EU) 604/2013, also to check whether “there are substantial grounds for believing that there are systemic flaws in the asylum procedure and in the reception conditions for applicants in [another] Member State.”

Making Use of Sectoral Competences

The ways in which the rule of law may systematically be taken into account will vary from sector to sector, program to program. One might condition Member State participation in sensitive data transfers, in advance, on a track record, as monitored by the Commission, on compliance with the rule of law and certain other core values that are critical to such measures. One might condition certain elements of mutual trust in the functioning of the internal market on demonstrated rule of law compliance. One might even consider the rule of law, along with other core values of the Union, in the enforcement of competition law and state aid.6)

Any rule of law mainstreaming legislation would be adopted according to whatever legal competence and legislative procedure governs the underlying sector or policy. In some cases, as with the budget, this could mean adopting rule of law conditionality as a cross-cutting (also termed “horizontal”) sectoral obligation;7) in other cases, the resulting measure to promote, realize, and sustain the rule of law may need to be more fine-tuned.

As a general legal basis, then, this would involve no more than interpreting the conferral of competences on the Union in the light of the foundational values of Article 2 TEU. After all, the Union is legally committed to promote and pursue these values under Article 3 TEU, and the Member States are legally bound by the duty of sincere cooperation to assist the Union in the accomplishment of its goals under Article 4 (3) TEU. And where such mainstreaming legislation goes beyond any existing explicit or implicit competence, say, by setting up a broad institutional apparatus or process on the rule of law, resort could always be had to Article 352 TFEU.

Whether in the form of negative conditionality or more positive promotion, mainstreaming the rule of law would render more explicit, and hence transparent, the rule of law elements, and other core values, that must be guaranteed for a given Union policy to be carried out. Such proactive measures may help prevent systemic Member State failures from undermining the legitimacy, effectiveness, and, ultimately, legality, of the Union. Such proactive measures may also help prevent the inevitable under-enforcement of rights that takes place when individuals, Union institutions, and even an occasional Member State are left to challenge rule of law deficiencies in court.

The Constitutionality of Mainstreaming

Rule of law mainstreaming need not undermine the equality of Member States.8) Indeed, the process would govern and apply equally to all Member States. Nor would it deprive Member States of any constitutionally guaranteed rights in the Treaty itself. Suspending such rights, e.g., a Member State’s voting rights in the Council, could still only be accomplished under Article 7 TEU.

Limiting conditionality to only those values that are germane and essential to a given area or policy, and insisting on compliance only to the extent necessary for the effectiveness of such area or policy, helps ensure that mainstreaming conditionality remains in line with the principle of conferral. As with the budget conditionality affirmed by the Court, such legislation would be general, i.e., not targeted at any specific Member State. Similarly, it would not be precluded by, or considered a circumvention of, Article 7 TEU.9) It should also be easier to adopt than taking coercive action under Article 7 TEU.

As a matter of positive Union law, rule of law mainstreaming could modulate the obligations among the Member States. For instance, positive rule of law legislation could allow for “decentralized conditionality” based on specific standards of rule of law compliance. This would reflect the approach of the Investigation Order Directive or the Dublin-III Regulation regarding fundamental rights. Or rule of law legislation could push for a more “centralized conditionality” controlled by the Commission. Finally, one might combine both approaches and authorize Member States to refuse certain forms of cooperation with another Member State only after a suitable Commission determination.

Finally, our proposal cannot preclude any pluralist practice whereby one Member State might cease cooperating with another on account of that second Member State’s intolerable shortcoming regarding the rule of law. Nevertheless, by mainstreaming the rule of law we seek to protect the legitimacy of Union law to lessen any felt need for such practice. Indeed, in making our proposal, we seek to avert nothing less than an existential crisis of the Union: the deterioration of relations among the Member States if well-founded concerns about the rule of law are not properly addressed by the Union itself.

Daniel Halberstam Daniel Halberstam is the Eric Stein Collegiate Professor of Law and Director of the European Legal Studies Program at the University of Michigan Law School. He is also professor at College of Europe in Bruges and a member of the Helsinki Rule of Law Forum. 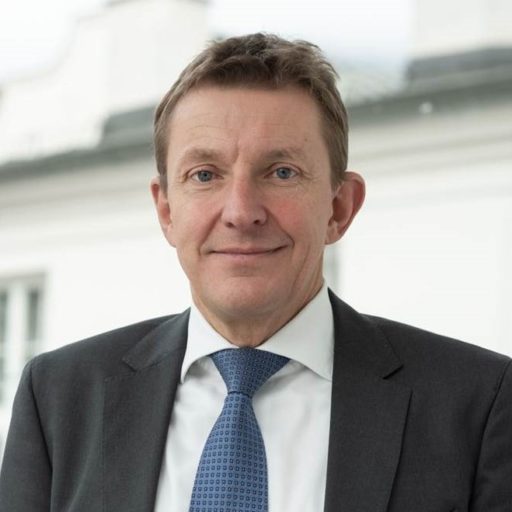 Werner Schroeder Werner Schroeder is a University Professor and Director of the Institute for European Law and Public International Law at the University of Innsbruck. He is also member of the Helsinki Rule of Law Forum.
Other posts about this region:
Europa, Polen, Ungarn No Comments Join the discussion