A set of petitions challenging India’s non-recognition of gay and transgender persons’ right to marry was listed for final hearing by the Delhi High Court on 30 November 2021, with notice subsequently having been issued to the Union Government. The latter has voiced its disapproval of any change to the status quo, citing incompatibility with the traditional and socially accepted perception of marriage as an exclusively heterosexual institution. Analysing this position requires a brief background on the attitude of the Supreme Court in recent years, and, more specifically, of the idea of “constitutional morality” and how it has emerged as an important tool in facilitating social transformation.

The last four years have seen a spate of civil-rights oriented constitutional rulings from the Supreme Court of India. Interestingly, a good number of these decisions involved overcoming obstacles that were distinctly socio-cultural or religious in nature. For instance, in Indian Young Lawyers’ Association v. State of Kerala, the Supreme Court held that a centuries-old ban on allowing women aged between 10 and 50 years to enter a sacred temple in Southern India was unconstitutional. Similarly, and of more relevance to the question at hand, the Court in Navtej Singh Johar v. Union of India (“Navtej Singh Johar”) declared Section 377 of the Indian Penal Code, 1860 to be unconstitutional insofar as it criminalised sexual intimacy between same-sex couples.

An important thread that connects each of these decisions is the Court’s reference to “constitutional morality”. The idea is rooted in the notion that the Indian Constitution is inherently dynamic to realise and accommodate a progressive society. Inarguably, revering the Constitution itself and the norms contained therein is an aspect of constitutional morality. However, its significance goes far beyond that – the Supreme Court has repeatedly emphasised the importance of pluralism and inclusivity in Indian society and has not shied away from using constitutional morality to intervene where the fundamental precepts of the Constitution were under threat from legally untenable notions of “social morality”. Naturally, such an emphasis on progressive thinking and heterogeneity means that the State has an active responsibility to refrain from pursuing policy based on popular and prevailing sentiment, especially when it is at the cost of minority interest. Put more explicitly, Courts would always have to put the spirit of the Constitution above popularly-accepted ideas of morality.

While critics have been quick to label constitutional morality a “dangerous weapon” in the hands of the Judiciary, others argue that the inherent subjectivity of the term does not detract from its importance to the Court. Rather, by requiring judges to stay true to both the spirit and letter of the Constitution, the idea of constitutional morality does little more than require the Judiciary to abide by the irrefutable and subjective ideas of liberty and equality that pervade the Fundamental Rights guaranteed to all Indians. I tend to agree with the latter, since it recognises the need for a constantly evolving understanding of Indians’ rights while firmly anchoring any pursuit thereof in the Constitution itself.

Does the non-recognition of same-sex marriage fall foul of the Indian Constitution?

As was demonstrated by the Supreme Court of the United States in Obergefell v. Hodges, the question of same-sex marriage is ultimately a question of liberty and equality. In the Indian context, this would demand an analysis of Articles 14, 15, and 21 of the Constitution, with a brief mention of Article 19 as well.

Looking first at personal liberty, Article 21 protects the right to personal liberty subject to government interference by the due process of law. In 2017, the Supreme Court interpreted it to include the Right to Privacy, noting that privacy was an inalienable part of human dignity; it guaranteed to everyone the right to live in a manner that allowed them to fully realise their autonomy and individual personality. Crucially, the Court also noted that this dignity also extended to those areas, such as marriage, family, procreation, and sexual orientation, that were an indispensable part of gender identity. In subsequent decisions, two corollaries emerged from this precept: first, that the right of an individual to choose a partner and pursue a relationship in a manner of their own choosing is guaranteed by the Constitution, and second, that in choosing a spouse, an individual is not to be hemmed in by societal ideas of acceptable behaviour – rather, this choice lies within such a core zone of individual privacy that it is beyond reproach by faith or religion. Similarly, the freedom to express sexual identity guaranteed to the LGBT community under Article 19(1)(a) has been interpreted to be wide enough to escape restriction on grounds of public decency and morality. This evolution of liberty has been largely influenced by the Supreme Court’s acceptance of transformative constitutionalism, which postulates that constitutional guarantees are dynamic and must accordingly adapt to accommodate changing socio-cultural circumstances. Undoubtedly, the right of a gay or transgender person to marry a partner of their choice should, in this spirit, find a place within the guarantee of the right to personal liberty.

From the point of view of discrimination and equality, Article 14 prescribes that all persons are guaranteed equal protection of the laws of India, and are to be treated equally before the law. More specifically, Article 15 makes it clear that discrimination on the grounds of sex, caste, race, place of birth, and religion, is impermissible. These criteria, with the exception of religion, may be understood as representing the immutable characteristics of an individual, with any discrimination impinging on their personal autonomy. Notably, the understanding of the term “sex” as found in Article 15 is now broad enough to include sexual identity as well, with jurisprudence recognising that discrimination on such grounds would undoubtedly undermine individual autonomy and violate the abovementioned guarantee. In this context, the denial of the right to marry, which is constitutionally recognised, on the basis of sex or sexual identity, would call for review under Article 15.

The Need for a Legitimate State Aim, and the Stance of the Government

In reviewing whether a particular action falls foul of Articles 14 of the Constitution, the standard prescribed by the Supreme Court is to examine whether there exists a reasonable classification on the basis of intelligible differentia that bears a rational nexus to the object sought to be achieved by the State. More recently, the test of “manifest arbitrariness” has emerged, which the Court has introduced to warn against overreliance on the classic classification doctrine. Thereunder, state action is to be struck down if, inter alia, it lacks “adequate determining principle”. Similarly, for an action to pass the standard of review under Article 21, a legitimate state aim is required to be put forth. Hence, broadly, a strong justification is required for state action to pass the standard of both Articles 14 and 21.

At the time of submission, the justifications put forth by the Union Government in support of the non-recognition of LGBT marriage have been predictably grounded in reasoning that is more intuitive, cultural, and traditional than legal. For instance, it is averred that the very institution of marriage is definitionally broad enough to include only the union of a biological man and a biological woman. In the same breath, it is argued that any recognition of LGBT marriage in India would serve to undermine and weaken the institution of marriage as a whole, and that procreation remained an intrinsic and essential aspect of marriage. Finally, owing to the large number of personal laws in the country that define marriage in exclusively heteronormative terms, the Government argues that recognition would cause havoc.

The relevance of Constitutional Morality

Socio-cultural impropriety is a recurring theme in all the arguments made by the Government so far. In fact, even arguments that assert legislative impermissibility have their roots therein – extant marriage laws restrict marriage to heterosexual terms because this has been the popularly accepted idea of morality for centuries. Further, jurisdictions such as Australia and the Netherlands which recognised same-sex marriage in the twenty-first century had to inevitably amend their domestic marriage laws to permit for the same. Accordingly, legis_lative impermissibility on its own is not a viable argument to maintain the status quo.

As things stand, tangible harms are accruing to the constitutional guarantees assured to minorities due to views that are admittedly more rooted in tradition than the law itself. The Supreme Court’s idea of constitutional morality is of obvious importance as it enjoins the Judiciary to act as a “counter majoritarian institution” to protect constitutionally guaranteed rights regardless of social perceptions. It places justice at the forefront and forms the guiding light in achieving social transformation, something that the Constitution envisioned for the country. It is natural that society will be reluctant to accept this change, but that does not detract from the Court’s duty to set the ball rolling in the first place.

Having discussed at length why the current legal position in India raises serious constitutional concerns, it is evident that discrimination on grounds of sexual identity lies against the spirit of the Constitution, and undermines the identity of the LGBT community. Constitutional morality will thus be central to rectifying this, and ensuring that these individuals are entitled to enjoy a more equal existence.

There are tangible signs of movement away from the generally accepted ideas of morality that surround marriage in India. For instance, in Navtej Singh Johar v. Union of India, Justice Misra noted, albeit in passing, that marriage was no longer an institution that was inherently linked to procreation. Furthermore, in striking down Section 377, it was made abundantly clear by the Court that historically oppressed minorities in India – like the LGBT community – were to be specifically aided in the realisation of their rights. Put simply, the public disapproval of certain acts will never be justification enough for the restriction of personal liberty. If the Judiciary was to maintain the status quo, it would not only have to go against its own precedent, but also seemingly the spirit of the Constitution. In my opinion, this is extremely unlikely, and constitutional morality is a decisive factor as to why. 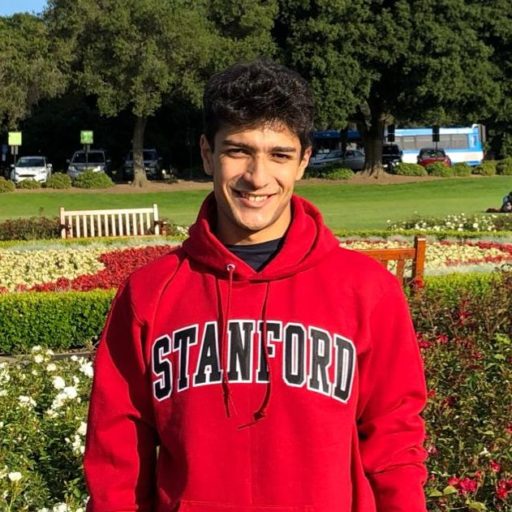