Internet collapse made in Europe

The Commission's misguided desire to undo decades of an open Internet

Nothing has changed since the last time there was a debate regarding the relationship between telecommunication providers and online content providers. Yet, at the same time, everything has changed. The Internet has changed, the number of actors participating has grown, and the whole Internet ecosystem has become more complex and more interdependent.

For more than a decade, European telecommunications network operators have lobbied hard for the European Commission to regulate so-called “Over-The-Top” (OTT) service providers and to force them to share the costs of telecom networks. OTT services refer to any type of content that is offered to users via the Internet. Since the dawn of the Internet, European telecommunications network operators have been arguing that these services are the cause for increased bandwidth consumption, and, therefore, their providers (Facebook, Google, Netflix, etc.) should pay a “fair share” contribution. Historically, the European Commission has rejected such calls on the basis that they would violate the network neutrality principle; the idea that all Internet traffic should be treated equally and without any discrimination. Over the past few months, however, telecommunication providers have renewed their lobbying efforts. This time, they seem to have found a favorable European Commission, which is willing to take a massive gamble and, in fact, entertain the possibility of regulation; this regulatory shift could risk an Internet collapse in Europe.

Any Internet business, present and future, small or big, should be mindful of the European Commission’s plans, as they could be subjected to a domino effect of potential abuse. This is what happened in 2020, in a somewhat underreported case. The German Research Network (DFN), anticipating an increase in traffic due to the shift in online lectures because of COVID, requested to peer – i.e. exchange traffic – directly with Germany’s telecoms champion, Deutsche Telekom. Deutsche Telekom denied the request, resulting in a “chargeable global upstream”. The end result was unnecessary bottlenecks that degraded the users’ experience, at a time when Internet connectivity was vital for the continued and smooth functioning of societies. The European Commission now appears willing to normalize this kind of abusive behavior by legitimizing the ability of telecom providers to determine what content users can access and under what terms.

Prior to the Internet, telecommunication providers enjoyed a ‘terminating access monopoly’, the ability of a consumer-facing network provider to have “monopoly power vis-à-vis third-party senders of communications traffic to its customers”. The Internet changed that, introducing a more level-playing field; nonetheless, the European Commission seems willing to reinstate this old status quo. According to a recent report by Analysis Mason, “a network usage fee would enable ISPs to fully express the termination monopoly they have over delivering traffic to their subscribers, requiring complex, long lasting regulatory oversight”.

This is a bad idea because it will create barriers to entry in the most unpredictable of ways. The main thing about the Internet is that there is not one player more important than another; the more networks connect with each other, the greater the value for themselves and for their customers. Interconnection truly places the “inter” in the Internet, ensuring different networks become one single system that permits one connected device to reach other connected devices. Unlike in the case of termination monopolies, the true value of IP interconnection is that it does not require regulatory intervention to sustain low barriers to entry. Interconnection is the manifestation of the collaborative relationships the Internet can foster.

For Europe, and to an extent for South Korea and also India where similar models have emerged, there is a false sense of claiming back their digital sovereignty. It is not a secret that the current European Commission views American technology companies as wielding too much power within Europe, both in terms of process and decision-making. Though this sentiment has been a driver for Europe to deliver some pretty impressive regulatory initiatives, which is by no means a small feat, this feeling is, at the same time, being exploited and used as a justification for repositioning Europe’s national telecoms champions as monopolies.

Of course, the Internet is no stranger to monopolies with certain technology companies becoming unprecedentedly big and raising significant competition concerns. Creating new monopolies, however, will not solve the problems with the existing ones. As far back as 2012, when the same debate was held before the International Telecommunications Union’s (ITU) World Conference on International Telecommunications (WCIT), significant concerns were raised about how telecom operators, providing access, could exploit “the physical bottleneck for traffic exchange and derive monopoly profits, requiring regulatory intervention”. This possibility is as real now as it was back then.

Things get more bizarre if one considers the lack of any market failure that would deem such a regulatory intervention necessary. Overall, the Internet economy in the EU has been a market success and a key economic driver. A recent study by the GSMA points to the fact that Internet access segment revenues have grown significantly between 2012 and 2022, and that telecom operators have benefitted from this traffic growth. Meanwhile, revenue is declining on legacy services (traditional telephone calls, SMS, private lines) but this has more to do with the lack of innovation from telecom providers and nothing to do with the increase of Internet traffic. The reality is that Internet traffic is not a burden for telecom operators and – the fact that they themselves encourage the consumption of online services through zero rating offers is a testament to that. To this end, it is important that the European Commission does not confuse size with success. Instead, it should focus on the reasons telecom operators have failed to become competitive and scalable, given the availability of the open and global Internet. The answer to this seems pretty simple: a certain degree of complacency and lack of innovation are the main reasons; it is not the existence of content providers and the demand for content.

To make matters worse, the European Commission fails to ask some pretty fundamental questions in this debate. For instance, how sustainable can a model that is premised on big technology companies paying out telecom operators be in the long run? No commercial reality dictates that technology companies will stand by and pay for someone else’s infrastructure long-term, especially when they can lay down the foundations for their own infrastructure, hook up their own networks and offer their own services. There is a probable scenario that, once large technology companies manage to get unprecedented access to Europe’s infrastructure via their funding, they will take steps to gain ownership over part of this infrastructure. This will not only defeat the whole idea of minimizing the access points of US companies to the EU market but it will also lead to increased market concentration.

It becomes, therefore, rather difficult to identify exactly which policy objective drives this mind-shift in Europe. Across the board, actors invested in this discussion have rejected the idea of transferring money from one sector of the Internet economy to another as dangerous and potentially harmful. Civil society has expressed its deep concerns about what seems to be a fundamental change “underpinning the free and open Internet. In the meantime, the Body of European Regulators for Electronic Communications (BEREC), as part of its preliminary assessment, mentioned how Internet service providers (ISPs) could be provided with “the ability to exploit the termination monopoly and it is conceivable that such a significant change could be of significant harm to the Internet ecosystem”. Other experts concur, see here, and here and here.

Such views also seem to be consistent with the experience from South Korea. In 2016, South Korea was the first country to enforce the idea of network fees, requiring ISPs to pay network usage fees for the traffic they sent to each other. Since then, the impact of the law, which has now been amended to cover content providers, has been significant. As OpenNetKorea, a civil society group reports: “Since 2016, Seoul’s Internet access fees (IP Transit Fee measured by Telegeography) have become higher than other regions: 5-6 times to New York and London, 8 times to London and Paris, 10 times to Frankfurt. Many startups and content providers left Korea because of this”. It is in this light that one should see the unpredictability surrounding any “fair share” regulatory intervention: it makes it almost impossible for potential investors to know if they can handle traffic costs, should a service become popular in the future.

Given the considerable unintended consequences that all this could create for the Internet in Europe, one would think that, at the very minimum, the European Commission would ensure a transparent process. Unfortunately, this has not been the case. Up until recently, the Internet community has been operating on the assumption that the Commission’s proposal would be for the so-called “Sending-Party-Network-Pays” (SPNP) model. Most of the contributions and analyses have been based on this idea. However, in a recent response from the European Commission to a letter drafted by 29 experts, the Commission seems to change course, indicating that the “fair share” contribution “could be implemented in a variety of ways other than the Sending Network Party Pays mechanism, and therefore should not be assimilated with it”. However, no more information is shared as to what exactly this means. Similarly, the European Commission appears to be dismissive of any concerns regarding how network fees would end up undermining network neutrality, despite the valid questions about the effect that such rules will have on the ability of telecom operators to discriminate against the content that reaches consumers. The reality is that, if Europe proceeds with its plans and “allows the imposition of a mandatory fee, telecom companies will assume the right to block or throttle the content of those providers that turn out to be disobedient”. This contradicts network neutrality.

The Internet is at an inflection point. We tend to think that its attacks come only from authoritarian countries that have the tendency to impose conditions on the way information travels. Ideas about network fees may not impose such conditions on information flow, but they do impose conditions on how traffic moves around the Internet. They attempt to bypass the Internet’s normative framework: in the Internet, each network joins voluntarily and makes autonomous decisions with which other networks to interconnect. Absent a central authority, this means that collaboration sits at the core of this framework. The “fair share” discussions want to fundamentally change this and impose commercial arrangements between the parties. They seek to create a central authority that can decide, on the basis of financial rewards, what content users can and cannot see. This will change the Internet in Europe forever.

If Europe gets this wrong, there is an open question about whether it can be reversed. There is no reason to try to find out. Europe is reopening an issue unjustifiably and without clear support from its wider stakeholder community. This policy only guarantees the future of telecommunication providers; it does not guarantee Europe’s nor the Internet’s. 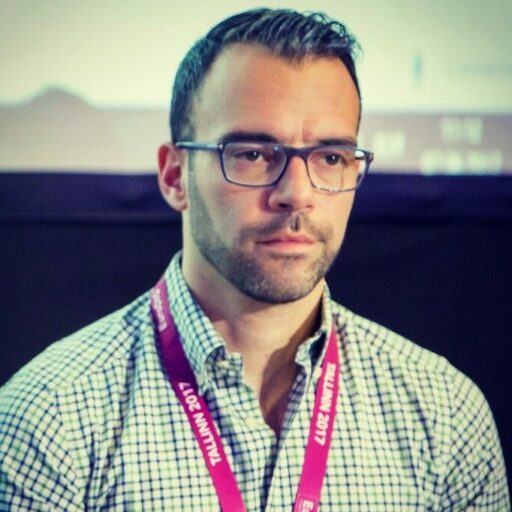 Konstantinos Komaitis Konstantinos Komaitis, PhD, is a veteran of developing and analysing Internet policy to ensure an open and global Internet. He is a consultant, an author and a public speaker. He also the co-host the "Internet of Humans Podcast”.