Is a Social Credit System Good for Women?

In 2015 a group of feminists created the hashtag #GiveYourMoneyToWomen. The idea behind it was to draw attention to the time and energy that women spend on providing uncompensated emotional care for men. As such, #GiveYourMoneyToWomen critiqued the way in which goods that are typically associated with women, such as compassion, empathy or moral attention, are often taken for granted and not adequately valued. Gender-stereotypical assumptions about women’s natural disposition and desire to care hide the time and energy that care-giving typically involves. In a capitalist economy, the value of goods tends to be tied to their exchange value. By turning private care-giving into a marketable good, this feminist intervention aimed to make it visible, as something that needs to be valued.

However, there are reasons to be sceptical about turning care-giving into a marketable good. Imagine that for every five minutes of listening to a friend’s worry, we would start cashing in. Rather than integrating care-giving into the price-mechanism, wouldn’t it be more attractive to find different ways in which it could be valued? It is at this point that a Social Credit System becomes interesting. In this blogpost, I explore the potential implications of a Social Credit System for this important aspect of gender equality. The idea is this: a Social Credit System is, in principle, able to integrate a wider set of behaviours and characteristics that merit reward than the price mechanism. It could hence turn out to be better at valuing feminine-coded tasks, such as care-work. Yet, I argue, feminists should be sceptical with regards to the emancipatory potential of a Social Credit System, as such a system might turn out to merely reproduce dominant forms of valuing rather than promoting real change.

Social Credit Systems – How Do They Work?

Following other contributors in the blog (e.g., Wessel Reijers or Jens van’t Klooster), I understand a Social Credit System (SCS) as a centralised system of governance that uses surveillance techniques of the state and/or private entities to (1) trace multiple observable behaviours of citizens, (2) assign scores based on these behaviours, and (3) reward individuals with high ratings and punishes those with low ratings. As other contributors to this debate have pointed out, a SCS does not merely punish or reward citizens based on the lawfulness of their actions. Instead, it also evaluates the morality or social desirability of their actions. For instance, a person’s score can go down as a result of parking in a non-parking area, getting a divorce, or failing to repay a loan. Low credit scores can lead to sanctions ranging from being blocked from a dating website to being banned from long distance flights. As such, the SCS tracks a broad range of actions in order to incentivise socially desirable behaviours and character traits in citizens. The exact way in which a SCS is designed and implemented is highly context dependent. Yet, in the following, I want to abstract from any specific SCS and instead focus on the general potential of such a system to contribute to gender equality.

In his contribution to the debate, Jens van’t Klooster has argued that a SCS is potentially better at realising distributive justice than a price mechanism. As a SCS is sensitive to a wider range of actions and behaviours that merit reward, using social credit ratings to distribute benefits and burdens might be fairer than relying on the price mechanism. If the SCS does fare better in rewarding a wider range of behaviours and personal traits than a price mechanism does, this could be good news for feminists: tasks that are distributed along gendered lines could be valued differently if they are rewarded in the social credit scheme. For instance, in one of the local social credit schemes in China, purchasing diapers for a child increases the social credit score of a person. Consequently, there is a potential that feminine-coded tasks that often go unnoticed, such as child-care, will become more visible and differently valued as a result. This, in turn, could have significant effects on how stereotypically female tasks are valued and understood more broadly. There are, however, reasons to be sceptical.

Why a Social Credit System is Not (Necessarily) Good for Women

While a SCS can assign value to a wider range of behaviours and personal traits than the price-mechanism, it is unclear whether this, in and of itself, will promote feminist values. Following Elizabeth Anderson, what and how people value is tied to the social relations within which they stand. Whether or not we ascribe value to certain goods is not independent of how these goods are produced, distributed, and used. For instance, the gendered division of labour according to which women bear primary child-care responsibilities entails specific modes of valuation, such as thinking about child-care as a ‘labour of love’.

In a patriarchal society, what it means to be a “good citizen” and, consequently, which behaviours and character traits are rewarded will be guided by dominant norms about gender and the institutions upholding these norms. If we think about values in this way, it becomes questionable whether, and to what extent, a SCS will significantly change our ways of valuing and increase the value of behaviours that so far fall outside the price mechanism. Rewarding tasks that often go unnoticed, such as buying diapers, might have effects on how people value more broadly. Yet, the extent to which a SCS will be able to change our valuing practices to increase gender equality will depend on (at least) two conditions.

First, whether or not a SCS may affect valuing practices more broadly will depend on how open existing social practices are with regards to integrating new values and revising existing ones. Think again about the practice of care-giving. Assigning a social credit score to feminine-coded goods, such as emotional support or empathy, does not necessarily lead to a higher valuation of these goods or a change in the practice of care-giving more generally. For instance, taking care of a relative might increase someone’s credit score. Yet, if nothing changes with regards to the division of labour, and hence if women continue to be the primary care-takers, the way in which these tasks are valued might merely take a different form. Visibility does not automatically lead to appreciation if there is no change in the underlying practices. Consequently, if human values are dependent on the social practices within which they are embedded, a change in values requires a change in the social practice.

Second, it matters crucially how the catalogue of behaviours and character traits that merit reward/punishment is created and, especially, who gets a say in what it entails. In that sense, it will matter, who can give input with regards to which behaviours constitute a ‘good citizen’. Suppose only certain groups of people, e.g., those that are already dominant in a given society, such as white men, are asked what they consider to be desirable behaviours or character traits. In that case, the catalogue might reproduce dominant forms of valuing. Contrary to that, if a wider group of people in different social positions gets a say in what should or should not go on the list, chances are that marginalised experiences will become more visible and, as a result, might be valued differently. Consequently, the extent to which a SCS can transform the way of valuing in a given society will also depend on how different voices are integrated into the process of determining which behaviours or character traits are socially desirable.

In sum, whether a SCS can promote feminist valuing practices will depend on how rigid the social practices within which it is embedded are and, importantly, who gets a say in determining which values matter. Therefore, feminists should not put too much hope on a SCS to change how feminine-coded tasks are valued. Instead, they should continue to fight for changing the social practices within which values are embedded. If a Social Credit System can be designed and implemented in a way that it provides resources for that purpose, even better. 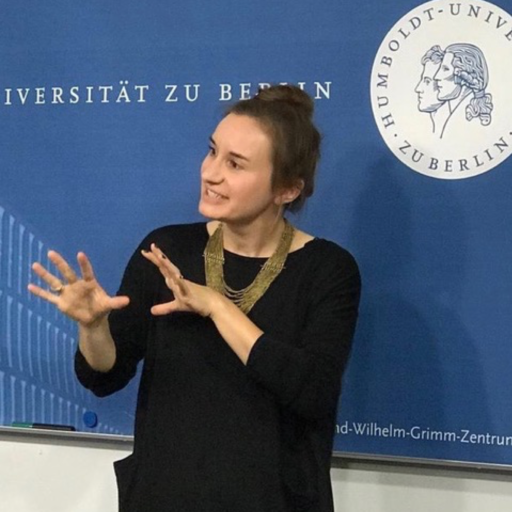