Is Taiwan a State?

In contrast, in its “White Paper on Taiwan Question and the Unification of China in a New Era,” the PRC reiterated its longstanding position that Taiwan is an inalienable part of China, and cited United Nations (UN) Resolution 2758 to advance its so-called “One China Principle” internationally. Tsai’s upholding of Taiwan’s statehood and the sovereignty of the Republic of China (Taiwan) vis-a-vis the PRC’s repeated sovereign claims over Taiwan are situated in a number of international forums—from the Olympic Games to the World Health Organization to the International Civil Aviation Organization—where Taiwan’s statehood is under question.

The Taboo of International Society

For decades, Taiwan has been treated as a de facto state. Many countries do not maintain diplomatic relations with Taiwan and have generally avoided referring to any names with sovereign implications during bilateral exchanges. The Taipei Economic and Cultural Office, or the Taipei Representative Office, usually plays the role of a de facto embassy overseas. Taiwan is generally barred from participating in international organizations, in particular the UN and its special agencies. When its “meaningful participation” is allowed, Taiwan often is forced to bear the name “Chinese Taipei” and does not have the rights of a full member. Taiwan, its name, and its statehood, have remained the taboo of international society.

This unfortunate limbo is the product of international power politics—US interests, the PRC’s “One China Principle,” and the acquiescence of the international community. However, given recent events—such as Taiwan’s exclusion by the WHO’s pandemic governance during the COVID-19 global crisis, the PRC’s military exercises, including its air force’s continuous crossing of the median line of the Taiwan Strait (including whether this constitutes use of force, and whether Taiwan can defend itself against armed attacks under respective provisions of the UN Charter) as well as economic coercion, and President Joe Biden’s repeated remarks about the US’s commitment to defend Taiwan militarily—the time has come to clear up doubts surrounding Taiwan’s statehood and demystify UN Resolution 2758.

While Taiwan satisfies the four criteria set out in the Montevideo Convention, scholars remain divided on the issue of Taiwan’s statehood. As it stands, The Creation of States in International Law by the late judge of the International Court of Justice, James Crawford, is the most influential scholarly work that negates Taiwan’s statehood on the following grounds: “Taiwan is not a State because it still has not unequivocally asserted its separation from China and is not recognized as [a] State distinct from China.” However, this observation begs the question of whether an “entity,” notwithstanding the fulfillment of the Montevideo criteria, is obliged to unequivocally assert its identity as separate from another to qualify as a state. The lack of an explicit proclamation does not prevent an entity from possessing statehood because—first, a self-declaration of independence is not a constituent element of statehood under international law; and second, it is subject to debate whether an unequivocal indication of subjective intent, in legal terms, by the governing authorities in administering a territorial entity is a sufficient condition for statehood. Assuming arguendo that an unequivocal assertion is required, it is unfair and unjust to require Taiwan to formally declare independence or to make an explicit assertion, given the fact that China constantly threatens that the declaration of Taiwan independence means war and that the United States openly opposes unilateral change to the status quo in the Taiwan Strait. Despite the geopolitical reality and the military coercion from China, to some, Taiwan has—albeit quietly—unequivocally voiced itself being a sovereign state distinct from China.

When Taiwan commenced its democratization process through constitutional reform during the 1990s, a clause indicating that the amendments aim to “meet the requisites of the nation prior to national unification” was included in the preamble, and this clause has remained intact throughout seven rounds of constitutional revision. Article 11 of the constitutional amendment then prescribes that “rights and obligations between the people of the Chinese mainland area and those of the free area [Taiwan], and the disposition of other related affairs may be specified by law.” In accordance with this provision, the Act Governing Relations between the People of Taiwan Area and Mainland Area was enacted by the Legislative Yuan (Taiwan’s unicameral Congress) in 1992 as an instrument to regulate relations between the people of Taiwan and the PRC. Relying on the Act and the introductory clause and article 11 of the constitutional amendment, and citing the partial statement of former President Lee Teng-hui that “there was no need to declare independence because [the] Republic of China has been a sovereign state since it was founded in 1912” (Crawford 2007: 217), Crawford argued that Taiwan is not a state yet as there is “a continuity of a constitutional system of China, albeit a constitutional system now occupying part of the territory of China and no longer entertaining claims to the whole.”

Yes, and no. Yes, the reference to the establishment of the Republic of China in 1912 may indicate a continuity of statehood and even suggest that Taiwan did not become a separate state from “China.” No, what Crawford failed to appreciate is the fact that Taiwan’s declaration of the end of national mobilization (under Temporary Provisions Effective During the Period of National Mobilization for Suppression of the Communist Rebellion) and repealing of martial law in 1987 effectively terminated its civil war status with the PRC and moved toward state building. Moreover, the 1991 constitutional amendments, according to Lee, “designated cross-strait relations as a special state-to-state relationship.” Namely, Lee, as the head of the state, relying on the constitutional amendments, had in fact unequivocally declared that Taiwan is a state distinct from the PRC.

The Relevance of the ‘small-c’ Constitutional Order

On another note, Crawford’s interpretation may read too much into the legal text without considering the socio-political context or actual legal practice on the island. To be sure, as Yen-Tu Su and Chien-Chih Lin argue in the edited volume of Oxford Handbook of Constitutional Law in Asia, “the living, ‘small-c’ constitutional order rather than the formal, ‘large-C’ ROC Constitution” has been the anchor of the constitutional order in Taiwan, given its exceptional historical trajectory and geopolitical circumstances. A democratic process of electoral politics and public deliberation in past decades has “elevated certain norms—as articulated by, say, a piece of legislation, a presidential statement, a judicial decision, and/or a social-political movement—into the ranks of the unwritten constitution of Taiwan.” Albeit unwritten, this actual constitution supplements and, more importantly, supersedes the large-C Constitution in many ways. Hence, the text of the Constitution alone cannot be read to define how Taiwan sees itself.

A troubling issue nonetheless relates to former President Ma Ying-jeu’s persistent efforts to define Taiwan-China relations using his own interpretation of the “1992 consensus,” and to characterize both sides of the Taiwan Strait as part of a larger China. Indeed, as a former President, his characterization of cross-Taiwan-Strait relations during and after his term is of legal and political significance. However, it should be noted that such a characterization deviates from the consistent and stable pattern established over the past three decades, embraced by all of the other democratically elected presidents of Taiwan as well as its population, which self-defines Taiwan as a state distinct from the PRC.

Moreover, Ma’s characterization of cross-Taiwan-Strait relations as relations between two parts of a larger China and the pursuit of closer integration were soon and clearly rejected, first by the Sunflower Movement in 2014, and later by the landslide presidential election in 2016. Tsai’s Democratic Progressive Party, the party that has long denied the 1992 consensus, defeated KMT with 6.89 million votes, or 56.12%. Tsai’s continuation of the pattern of indigenization and democratic self-governance, coupled with the definition of the “Republic of China (Taiwan)” as a sovereign state, garnered even greater support, with 8.17 million votes, or 57.1%.

The ‘Taiwanization’ of the Republic of China

Consistent with the stable pattern of indigenization of the government and, more importantly, the Taiwanization of the Republic of China through democratic self-governance, or a form of quiet revolution, Tsai, while acknowledging the fact that the Republic of China was established in 1911, endorses the placement of greater weight on its resettling in Taiwan after 1949 and—in our view—moves a step further by equating Taiwan and the new Republic of China after 1991. Tsai’s “Taiwanization equation” again confirms that Taiwan sees herself as a sovereign state created from the 1991 constitutional amendment in the aftermath of the civil war, and underscores the definition of the cross-Taiwan-Strait relations as special state-to-state relations. Tsai highlights the past efforts of state building in transforming the old Republic of China, which asserted its sovereignty over the Chinese Mainland before the end of the civil war, into the new Republic of China by virtue of the 1991 constitutional reform. This new Republic of China—which, in terms of statehood and sovereignty, equates Taiwan—was underpinned and fortified by the first direct Presidential election in 1996 and subsequent democratization movements till now.

A bewildering and ironic question then surfaces: Why is the most democratic state in Asia not a part of the family of the United Nations? This links to the myth, oftentimes intentionally inflated and distorted by the PRC, of UN Resolution 2758, which we mentioned in the opening of this piece and will address in the next.

The authors would like to thank Yu-Jie Chen, Chien-Chih Lin, Yi-Li Lee, Mao-wei Lo, and in particular, Ming-Sung Kuo for their insightful comments on an earlier draft of this post. The authors can be reached at wch@sinica.edu.tw and chingfulin@mx.nthu.edu.tw.

Other posts about this region:
China, Taiwan 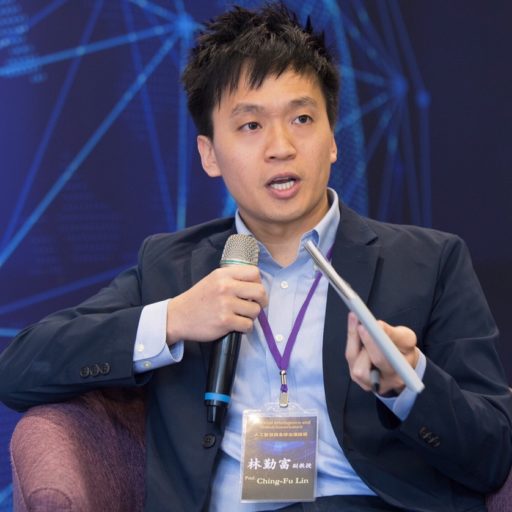 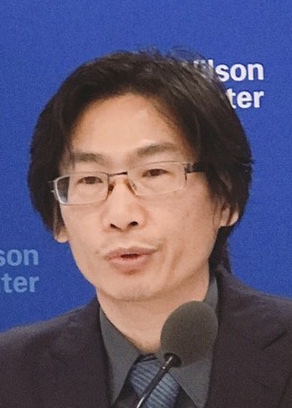 Other posts about this region:
China, Taiwan No Comments Join the discussion
Go to Top