In February 2016, while David Cameron and the other EU-leaders were busy negotiating the terms of Britain’s membership of the Union, the European Central Bank (ECB) did something curious. It changed its self-description on its website from: the ECB “is the central bank for Europe’s single currency, the euro” to: the ECB “is the central bank for the euro area” and “of the 19 European Union countries which have adopted the euro.” The ECB, it seems, confines itself no longer to being the central bank of a free floating currency, defying and denying national specificities and territorial borders. Furthermore, its governmental activities are no longer limited to governing the currency: it claims to govern for the euro area as a central bank of the 19 euro countries.

Closely linked to this, the ECB changed its mission statement from “to serve Europe’s citizens by maintaining price stability and safeguarding the value of the euro” to “to serve the people of Europe by safeguarding the value of the euro and maintaining price stability.” While ‘Europe’ is in both cases an enigmatic reference point (is the UK included? Denmark? Hungary? Ukraine?), the change from ‘citizens’ to ‘the people’ indicates that the ECB sees itself as ‘serving’ not a collection of individual subjects (Europe’s citizens) but a collective entity (the people of Europe). Interestingly, central banks such as the Federal Reserve and the Bank of England invoke similar ‘masters’ in their self-descriptions: the Fed claims that it aims to provide “the nation with a safe, flexible, and stable monetary and financial system” and the Old Lady’s “mission is to promote “the good of the people of the United Kingdom by maintaining monetary and financial stability.”

The People and the Treaties

Citizenship and people- or nationhood are obviously linked. There are, however, important conceptual differences. In On the Citizen, Thomas Hobbes noted an important distinction between ‘citizen’ and ‘people’: “A people is a single entity, with a single will; you can attribute an act to it.” In contrast, Hobbes claims, “the citizens, i.e. the subjects, are a crowd.” The body of citizens understood as a crowd of individuals with certain rights, in other words, is not an entity and as such it cannot have a common will that is representable in public institutions. A people, on the other hand, is a political subject which exists in the representational relationship between the people and the offices of sovereign power.

This understanding of ‘people’ as the popular sovereign represented by the (Member) State is precisely that on which the Treaties are based. Indeed, the ECB’s formulation – ‘the people of Europe’ – is nowhere to be found in the treaties. The Treaties are careful to always use the term ‘people’ either as referring to a specific category of people – “inflow of people applying for asylum” (Article 78.2(g) TFEU), “participation of young people in democratic life” (Article 165.2 TFEU), etc. – or as in the more famous plural – “ever closer union among the peoples of Europe” (Preamble TEU and TFEU) and the Heads of State “DESIRING to deepen the solidarity between their peoples” (Preamble TEU).

The political importance of ‘peoples’ in terms of bringing the integration process forward seems also to have been recognized by the founding members of the EU’s predecessor, the European Economic Community. In the Treaty of Rome the founding states called “upon the other peoples of Europe who share their ideal to join in their efforts” (Preamble TEEC). In line with the notion of the State as a representative of the people, the popular sovereigns of other European states are thus called upon to exercise what John Locke called the ‘federative power’ and associate themselves with the integration project. However, by doing so the ‘peoples’ of the several states do not merge to become ‘the people of Europe’ but remain ‘the peoples of Europe’ in subsequent treaties. The ECB thus invokes a political subject that is absent from the EU’s legal basis, as for instance the German Constitutional Court has lamented time and again.

Disregarding the existing legal framework, the ECB could perhaps be said to invoke an anticipated popular sovereign of a European State in becoming. Perhaps this is the meaning of Mario Draghi’s strange metaphor of the bumblebee ‘graduating into a real bee’ in his famous ‘whatever it takes’-speech. Is the image of the ‘real bee’ intended to convey the message that the ECB sees itself becoming increasingly like a ‘real central bank’ – like the Fed and the Bank of England – embedded within the broader governmental apparatus of a state? Is the ECB staking its claim to represent a European popular sovereign in the making? Some of the institutional developments during the Euro Crisis – the Banking Union, the ECB becoming lender of last resort with the OMT programme, the ‘Golden Rule’ – certainly point towards a more centralized governmental structure when it comes to banking, monetary, and even budgetary policy. And indeed, another member of the Executive Board of the ECB, Benoît Cœuré, has claimed that the “notion that the euro is a currency without a state is … misguided. The euro is a currency with a state – but it’s a state whose branches of government are not yet clearly defined.” In the same speech Cœuré also invokes this elusive notion of ‘the people (of Europe)’ as both the political subject to whom the ECB is accountable and that which must be represented by ‘le législateur européen.’ The institutional centralization of policy making at the euro area level thus seems to necessitate the invocation of a unitary, representable political subject.

These discursive shifts – from currency to territory, from ‘citizens’ to ‘the people’ – are linked to the profound transformations in the euro area governmental apparatus during the course of the Euro Crisis. In line with the centralization of governmental power, the ECB’s self-conception must change from being a technocratic institution, concerned with narrow technical issues relating to the management of the currency, to a public institution, concerned with contributing to the general government and welfare of a particular territory. The ECB thereby casts itself as an institution concerned with the salus populi broadly speaking. As such, the ECB seems to indicate that it is becoming more like a ‘real’ central bank, a ‘real bee’. Whether the ‘people’ or ‘peoples’ of Europe are convinced that the sweetness of the ECB’s honey justifies the pain of its sting is another matter. 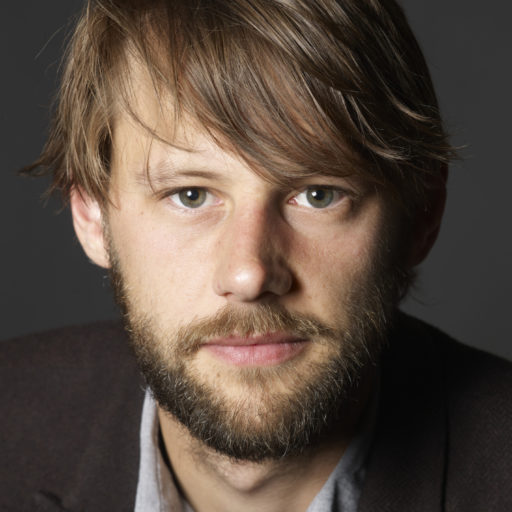 Hjalte Lokdam Hjalte Lokdam ist a PhD candidate in European Studies at the European Institute of the London School of Economics and Political Science (LSE).

Other posts about this region:
English Articles, Europa 11 comments Join the discussion
Go to Top