1. International legal thinking has long been dominated by the perception of the State as a unitary subject. Yet, the “need to look behind the monolithic face of the State”1) becomes crucial for understanding the “Italian concerns” after the Constitutional Court Judgment 238/2014. In parallel with the interstate dispute between Germany and Italy, the question of Germany’s immunity before Italian courts has generated an intense and prolonged confrontation between the Judiciary and the political organs of the State. This internal confrontation explains the difficulty in discerning a unitary and coherent position of the State. It also explains the current deadlock in the conflicting approaches.

3. Unlike the Ferrini Judgment, Judgment 238/2014 is not based on the view that under international law Italy is entitled to deny immunity to Germany. It would be hard to infer from this Judgment, or from the subsequent judgments of Italian courts denying immunity to Germany, any attempt to justify the lawfulness of Italy’s conduct under international law.

4. Assuming that Italy’s international responsibility is engaged, the problem would be that of determining the content of such responsibility. In the situation created by Judgment 238/2014 a new order of the ICJ which, after ascertaining the breach of Germany’s immunity (and of the Court’s Judgment), imposes measures similar to those ordered in 2012 would probably remain dead letter. It might be held that, in the light of the current situation, and leaving here aside satisfaction and assurances of non-repetition, compensation is to be regarded as the most appropriate form of reparation. This would raise the problem of determining what are the financially assessable damages suffered by Germany. From a legal perspective, it seems highly questionable to maintain that, by way of compensation, Italy should pay to Germany a sum of money equivalent to the one that Italian courts ask Germany to pay to compensate the victims and their heirs. Politically, a solution of this kind would hardly contribute to a general reconciliation of all the conflicting parties.

5. By Judgment 238/2014 the Constitutional Court contributed to set the position of the Italian State with regard to the content of the rule on State immunity in cases of grave breaches of human rights and humanitarian law. It is less clear whether, and to what extent, the other organs of the State will follow this view when confronted with a question of State immunity beyond the cases brought against Germany.

6. So far, Italian political organs appear to have refrained from openly aligning themselves to the indications coming from the Constitutional Court. Since in principle Judgment 238/2014 only concerned the applicability of the international rule of immunity by Italian courts in relation to a specific situation, the Executive may have an interest in containing the impact of that Judgment by denying to it any possible effect beyond its strict scope of application. In this perspective, it cannot be excluded that, if claims for compensation arising from grave breaches of human rights and humanitarian law committed by Italy during World War II are brought against it before domestic judges of another State, Italy would invoke immunity. In the long run, however, particularly if Italian courts will apply the principle upheld in Judgment 238/2014 to other situations and will systematically deny immunity to States in cases involving the commission of international crimes, this schizophrenic behavior of the State would be hardly sustainable, let alone acceptable.

7. Italian courts have already shown a certain willingness to apply the principle upheld in Judgment 238/2014 beyond the cases brought against Germany. In particular, in its Judgment of 29 October 2015 in the Opacic case, a criminal division of the Court of Cassation relied on Judgment 238/2014 to justify the denial of immunity to Serbia in relation to a request for compensation advanced by the heirs of Italian victims of war crimes committed on the territory of the Former Yugoslavia in 1992.2)

8. The consequences unleashed by Judgment 238/2014 are thus not confined to the dispute between Germany and Italy. Some of these consequences may be unintentional but, in the absence of a new judgment of the Constitutional Court clarifying the conditions under which granting State immunity would be inconsistent with Italian Constitution, the risk of Italian courts becoming an attractive forum for litigations against foreign States is high.

10. However, relying on the protection afforded to Germany by the international rule on immunity from execution can hardly be regarded as a satisfactory solution. First, as already observed, it is likely that, sooner or later, the question of the compatibility of such rule with fundamental constitutional principles will be brought before the Constitutional Court. The outcome of any such decision is difficult to predict. But even if the Constitutional Court does recognize the compatibility of this international rule with the Italian Constitution, the presence of dozens of final judgments condemning Germany would risk becoming a perennial source of tension. Such an outcome would also be extremely frustrating for the victims.

b) Negotiating compensation to the victims

11. Despite the absence of any clear indication in Judgment 238/2014, it seems that a political initiative involving Germany and Italy and aimed at establishing a mechanism for addressing the reparation claims of the victims might be regarded by the Constitutional Court as an adequate alternative route to provide protection to the rights of the victims, thereby justifying a limitation to the right of access to court and the recognition of Germany’s immunity. Such an outcome would also be in keeping with the views expressed by the ICJ in two significant obiter dicta. This latter point deserves closer consideration.

12. In a first significant passage of its 2012 Judgment the ICJ noted that, while granting immunity to Germany had the effect of precluding judicial redress for the Italian victims, their claims “could be the subject of further negotiation involving the two States concerned, with a view to resolving the issue”.4) Thus, the Court itself seemed to invite the Parties to consider the possibility of engaging in a negotiation, on the assumption that negotiation, and not recourse to the domestic courts of one State, is the best way of dealing with this matter. As to the object of this negotiation, it is to be stressed that the Court referred to negotiation over “the claims arising from the treatment of the Italian military internees […], together with other claims of Italian nationals which have allegedly not been settled – and which formed the basis for the Italian proceedings”.5) This is a crucial point. The negotiation envisaged by the ICJ has to deal with the claims of the individual victims. Interestingly, the ICJ spoke of “negotiation involving the two States” and not of “negotiations between the two States”. As the word “involving” suggests, other actors should be given a role in the negotiation. This seems to imply that the two States should at least consult the victims.

13. The ICJ Judgment provides an additional argument in favour of an agreement aimed at addressing the individual claims of the victims. When, in 2000, Germany established the Foundation “Erinnerung, Verantwortung und Zukunft”, more than 127,000 of the 130,000 requests for compensation lodged by Italian victims were rejected. According to the ICJ, “it is a matter of surprise — and regret — that Germany decided to deny compensation to a group of victims on the ground that they had been entitled to a status which, at the relevant time, Germany had refused to recognize”. An opposition of principle towards the establishment nowadays of a mechanism for addressing individual claims of compensation is already difficult to understand, since it was Germany that in 2000 envisaged such possibility for the victims of forced labour. Insisting on that opposition after the ICJ’s strong censure would likely be perceived by Italian victims as a form of discrimination against them and would risk depriving of significance the other common initiatives that Italy and Germany may agree to undertake in relation to the crimes committed during World War Two. 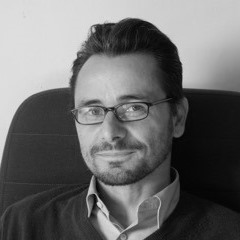 Paolo Palchetti Paolo Pal­chetti is Professor of International Law at the University of Macerata.
Other posts about this region:
Deutschland, Italien No Comments Join the discussion
Go to Top