Judicial practice may be a means to overcome the opposition of the State executive to legal development since judicial reliance on customary international law allows for the State’s explicit consent to become less important. At least in democratic constitutional States court networks may, in horizontal dialogues, expedite the development of customary international law even against the expressed intention of the executive branch due to the principle of judicial independence. Thus, while applying the standard of the Italian Constitution Sentenza 238 nonetheless utters the hope that it „may also contribute to a desirable – and desired by many – evolution of international law itself.” The executive branch of another State may, however, try to stop such court dialogues by prompting an international court’s decision. Likewise, the executive branch – at least in a parliamentary democracy – may also hold back legal development through instigating legislation (Krieger GoeJIL 6 (2014) 177 et seqq.). The adverse impacts, which such uncoordinated efforts of prompting or retaining law-reform may exert in a decentralised legal order, have culminated in the context of the Jurisdictional Immunities Case and Sentenza 238. They point to the need for a cautious conduct by all actors involved. Any attempt to further legal development should take into account its adverse effects and should aim to create standards which are generalizable outside the specific dispute at hand and beyond national concerns. Sentenza 238 may potentially impact on three different yet related issues central for the future development of international law: the relationship between international and national law, exceptions to immunities, and individual compensation in cases of mass atrocities.

The idea to promote legal development through judicial dialogue is ambivalent. Where constitutional courts contest findings of international courts and even choose non-compliance as a means to further their perception of the adequate legal development they risk to engage their State’s responsibility under international law. Moreover, they have to rely on additional considerations of legitimacy in order to make their case acceptable for their national audiences as well as for the international community. Thus, Sentenza 238 aims to gain legitimacy, inter alia, by referring to the role of national courts in the early 20th century which enabled law-reform by establishing the distinction between acta iure imperii and acta iure gestionis.

However, the historical comparison cannot sufficiently legitimize the Constitutional Court’s approach since context conditions have changed. In the early 20th century the international legal order was even more decentralized than it is today. Italian and Belgian courts did not act in non-compliance with a judgment of the central judicial organ of the international community in the immediate wake of the pronouncement of that decision. Thus, they did not set a precedent for other courts to question the authority of such an institution. Judges who try to push for law-reform by initiating non-compliance with decisions of international courts should be aware that today they act in the company of the Russian Constitutional Court which refuses compliance with the judgments of the ECHR for purportedly similar reasons. In the long run recurring precedents of national disobedience might be as dangerous for the normative force of international human rights law as they are at present detrimental for general international law.

Given its role in international relations it is not surprising that, in particular, the executive branch tends to be sceptical of restricting immunities even in cases of serious human rights violations. The Italian executive branch seems to be well aware that changes in international law for which the Constitutional Court advocates are likely to entail adverse consequences for Italy itself. The U.S. administration has repeatedly made such concerns public. It issued statements expressing its worries that by altering the U.S.’s own judicial practice, the United States will contribute to the creation of new customary international law that would lead to their State officials being subject to similar proceedings all over the world. In particular, in the case of the U.S., there is a not entirely unfounded apprehension that these proceedings may not always be conducted in an impartial manner. If proceedings are carried out against foreign States and their State officials in cases of grave violations of human rights before national courts in the U.S., Switzerland, Canada, Italy and the UK, these States will also have to accept such proceedings against themselves and their State officials before national courts in China, Eritrea, Ethiopia, Libya, Iran, or Zimbabwe. In the end, the denial of immunity requires an international community of States under the rule of law. As long as this requirement is not met democratic constitutional States will perceive the perspective of legal proceedings in the forum State at least as ambivalent from a fundamental rights standpoint.

But has the situation of Italian claimants at all been improved by Sentenza 238? To reach such an improvement yet another step in law-reform would be required by extending human rights exceptions to immunities from execution. In Sentenza 238 the Constitutional Court did not deal with immunity from measures of constraint. Thus, under Italian Constitutional Law it is presently not clear whether immunities from execution are compatible with the right to access to court where serious violations of human rights are at stake. However, policy reasons push for such a restriction: Court decisions rendered in the wake of the Constitutional Court’s jurisprudence create an expectation on the side of the applicants that they will indeed receive a monetary compensation, but in line with customary international law most German State assets in Italy are protected by immunities because they serve government non-commercial purposes. Therefore, it is not farfetched to assume that the concrete case at hand will put additional pressure on the distinction between (pre-judgment) immunity from jurisdiction and (post-judgment) immunity from execution. Such additional pressure is also exerted by a broad expectation of consistency as an element of the rule of law concept. Such expectations create an extra argumentative burden. After all, a lack of consistency is the decisive policy argument for limiting enforcement immunity because “a denial of justice on the enforcement level would render the adjudicatory jurisdiction, granted under a restrictive immunity concept meaningless.” (Reinisch, EJIL 17 (2006), 809). However, the findings of the ICJ in the Jurisdictional Immunities Case that immunity from suit and immunity from execution are distinct as well as the argument that human rights exceptions should not be applied in the latter case are still widely shared. Such a differentiation is justified because it is particularly difficult for States to protect assets and other property situated in a foreign State. These assets may therefore be more susceptible to abusive enforcement measures while at the same time they form an essential basis for the actual conduct of international relations.

Finally, Sentenza 238 raises the question whether there should be an obligation incumbent upon States to provide for individual monetary compensation on the basis of civil court proceedings in cases of mass atrocities as a matter of a general rule of international law. While international law still does not provide for a subjective right to individual compensation in cases of violations of international humanitarian law, there are increasing efforts to change the existing rules, such as General Assembly Resolution 60/147. However, the issue of individual reparations in cases of mass atrocities should be treated cautiously. In the current ILC debates on crimes against humanity a general rule that in cases of mass atrocities an individual right to reparation should exist is apparently not promoted. The Special Rapporteur emphasises in this year’s report that “there appears to be recognition … that establishing an individual right to reparation for each victim may be problematic in the context of a mass atrocity.” This more cautious approach takes into account the complexities of ending armed conflicts and negotiating peace deals. An individual right to monetary compensation based on civil court proceedings in cases of mass atrocities does not allow for taking into account broader political considerations on establishing a stable post-war order. On the contrary, such a right is conducive to bilateral settlements between States which might, in turn, create new injustice towards other groups of victims. It might also overburden negotiations for a settlement of an on-going armed conflict. Take the Syrian example: Already the individual criminal responsibility of Assad contributes to obstructing peace talks. Armed conflicts and conditions for ending them differ considerably. Those responsible for concluding peace agreements should have a broad political discretion in reaching this aim. While individual claims for monetary compensation might be part of such a process, such as in Colombia, it seems wise to me to give room for the possibility that only collective and symbolic forms of reparation will be foreseen.

My concern about the adverse consequences I have described is not sustained by a “realistic” view that promotes State sovereignty for the protection of national interests. To my mind, we should not loose out of sight that the stability of the international legal order itself as guaranteed by concepts such as immunities and the respect for its juridical organs serves to protect human rights albeit in an indirect manner. It might thus be wiser not to push too strongly for law-reform but to accept that law cannot always provide a satisfying solution. Such a solution should sometimes better be looked for and confined to the political stage and to meaningful political negotiations. 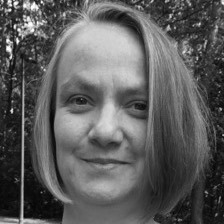 Heike Krieger Heike Krieger is Profes­sor of Public Law and International Law at the Free University of Ber­lin and Max Planck Fel­low at the Max Planck Institute for Comparative Public Law and Interna­tional Law, Heidelberg.
Other posts about this region:
Deutschland, English Articles, Italien, Remedies against Immunity?, Remedies against Immunity? No Comments Join the discussion
Go to Top