Justice Thomas Will Not Recuse. But Should He?

There is a growing elite and scholarly consensus (at least on the American left) that Justice Clarence Thomas “must immediately recuse himself from any cases relating to the 2020 election and its aftermath.” The demand is extraordinary, and as such, it has captured global attention. The dispute highlights some notable things about the Court, but it is the scandal that really captures attention. So far, calls for recusal have come almost exclusively from the left. Conservatives have dismissed the idea. What to make of it all?

This is a case where predicting the future is far easier than making sense of the past. One thing is certain: No one can make Justice Thomas recuse. Another thing is virtually certain: He is not going to. But should he?

Why Does it Matter?

The Supreme Court does not decide many cases, but when it speaks, it speaks loudly. The Court’s word is final, and over recent decades, the justices have become comfortable using that finality to make significant policy decisions. Indeed, as Congress has become increasingly deadlocked, the Court has emerged as a place where things can get done.

If Justice Thomas recuses, that could throw something of a wrench into the Court’s operations. For instance, before the Court hears a case, the justices first decide whether they want to consider it at all. For a case to make the Court’s docket, four of the nine justices must agree to take it. If one of the justices recuses, then that is one fewer justice who can vote in favor of taking a case. Assuming the Court does take the case, losing a justice means the Court has only eight members, which introduces the possibility the Court could deadlock.

Obviously, these concerns would vanish if a justice who recused could be replaced by another judge. That is exactly what happens in lower federal courts, but at the Supreme Court, if a justice recuses, the Court has to proceed shorthanded.

With these concerns in mind, an ideologically diverse group of seven justices—including Justice Thomas—released a Statement of Recusal Policy in 1993 that expressed the collective view that it would not “serve the public interest to go beyond the requirements of the statute … to recuse ourselves, out of an excess of caution [because it would impair] the functioning of the Court.”

Obviously, the purpose of such a statement is to provide guidelines for future cases. Given the longstanding policy of limiting recusals to the provisions of the statute, the question is whether the current controversy triggers the statute. So, what is the controversy and what is the statute?

Let’s start with the controversy. After losing the 2020 election, President Trump and his enablers worked to undermine the legitimacy of the election, to convince election officials to change the results, and to disrupt the peaceful transfer of power. A key element of this strategy was to help spread conspiracy theories and disinformation. The result was the attack on the U.S. Capitol on January 6, 2021. That act of mass sedition embarrassed the nation and is now the subject of several investigations, including one by a House Select Committee.

As a part of its investigation, the House Committee obtained copies of text messages between Justice Thomas’s wife, Virginia (“Ginni”) Thomas, and Mark Meadows, Trump’s chief of staff. Those texts were leaked to the press in what some speculate was an effort to damage the Justice.

The texts are embarrassing. They paint Mrs. Thomas as something of a useful idiot who was duped into believing—and spreading to her contacts in the Trump Administration—a series of outlandish conspiracy theories promoted by Q-Anon and other fringe elements of the online right. She passed along links to YouTube videos and commented on cable news clips. In an unknowingly ironic text, she encourages Mr. Meadows to prevent “the greatest Heist of our History.” Her messages are filled with religious fervor, encouragements, admonishments, and fake news.

The texts show that Mrs. Thomas could pepper important people with absurdities, but they also suggest she had no real influence. For example, several of her messages encouraged Mr. Meadows to back erstwhile Trump attorney Sidney Powell and her “Kraken” lawsuit that was supposed to prove Biden stole the election. The Trump team eventually cut ties with Powell, which flummoxed Mrs. Thomas: “Trying to understand the Sidney Powell distancing,” she wrote. Mr. Meadows replied, “She doesn’t have anything or at least she won’t share it if she does.” This earned a “Wow” from Mrs. Thomas. This episode is telling because despite her clear interest in supporting Ms. Powell’s lawsuit, Mrs. Thomas did not have meaningful input in the decision-making process or even timely information. In short, Mrs. Thomas comes across as an avid Fox News viewer with a cell phone (albeit one with heavy hitters on speed dial) but no real power.

Nonetheless, some have taken these texts to suggest Mrs. Thomas “colluded extensively . . . about overturning” Biden’s victory. For others, the (cringeworthy) communications amount to passing along rumors or encouragement to friends. These are questions of fact and interpretation, and as such, it is unsurprising people differ.

The law is another matter.

Justices have a legal obligation to recuse under certain circumstances. The relevant statute is 28 U.S.C. § 455. Parts of it are very straightforward, which is not to say they are always followed. For example, judges are required to recuse if they own even a single share of stock in a company involved in the case, but my own research and a subsequent study by the Wall Street Journal show that many federal judges don’t follow that rule.

Justices are usually pretty good at following the clear rules. For instance, Justice Kagan routinely recused in cases involving the federal government if she had any role in them during her time as Solicitor General (though she did not recuse from the Obamacare case). Our newest justice, Ketanji Brown Jackson, has announced she will recuse from a current case involving Harvard University because she sits on its Board of Overseers, which per the statute triggers recusal (though she may not recuse from the companion case involving the University of North Carolina).

Other parts of the statute create standards that leave judges a great deal of wiggle room. A justice must recuse if he “know[s]” his spouse has “an interest that could be substantially affected by the outcome of the proceeding,” or if “his impartiality might reasonably be questioned.”

Do the Facts Fit the Statute?

Lawyers like to turn to precedent when taking up problems like this. Based on historical examples, it seems very unlikely that this second standard is met. A few years ago, many of the same outlets urging Justice Thomas to recuse called for Justice Scalia to recuse from a case involving Vice President Cheney. In a lengthy memorandum explaining his refusal to do so, Scalia cited many instances where justices participated in cases involving public servants with whom they had close personal ties. It would seem odd if a spouse’s friendships would trigger recusal when the justice’s do not.

Perhaps for this reason, some have turned to the first standard and suggested that the texts give Mrs. Thomas an “interest.” Whatever this interest is, surely it must be something other than a rooting interest in President Trump. Mrs. Thomas was clearly a partisan warrior and deeply committed to—and interested in—President Trump’s reelection. But many people are interested in presidential elections. Even justices have strong preferences over election outcomes, that doesn’t mean they have to recuse.

If political engagement or preferences are not sufficient to trigger the standard, what could do it? How could one tell? Recall the statute requires recusal if Justice Thomas knows his wife has “an interest that could be substantially affected by the outcome of the proceeding.” This seems to suggest a more case-by-case approach to recusal rather than an “all of the above” approach.

With that in mind, consider the two Election-related cases in which Justice Thomas has already participated. The first, Bognet v. Boockvar, asked the Court to determine whether citizens or candidates have standing to challenge a state supreme court decision that altered the “Times, Places, and Manner” of a congressional election. The second, Trump v. Thompson, dealt with President Trump’s claims of executive privilege over records from his presidency. The case most likely to come next involves a claim by John Eastman, one of Trump’s disgraced lawyers, that his emails are protected by the attorney-client privilege.

Looking at these cases, it is difficult to discern what possible interest Mrs. Thomas has in any of them. It is even harder to figure out how that interest will be substantially affected by the Court’s decision in any of them. She is not a voter in Pennsylvania, nor is she looking to sue her state’s supreme court. She is not a former president, nor was she a lawyer for the former president. She is not seeking standing, executive privilege, or to protect attorney-client confidentiality. Nothing in her texts relate to any of these cases or issues.

If that is correct, asserting that Mrs. Thomas has “an interest that could be substantially affected” in every case related to the election or riots seems overbroad. Indeed, we have yet to see a case where she has an interest at all.

Some have suggested Justice Thomas should recuse anyway because there may be something in Trump’s records or Eastman’s emails (or maybe the Pennsylvania Supreme Court’s order?) that might implicate Mrs. Thomas in something else: Maybe that mysterious something will embarrass her, maybe it will suggest she committed a crime, who knows. Once we enter the realm of speculation anything is possible.

People are free to speculate all they like, but the statute requires Justice Thomas to recuse if he “know[s]” that his wife has an interest. It does not require him to recuse if he can imagine that she might. It certainly does not require recusal merely because his critics can imagine it. If Justice Thomas does not know his wife has an interest in Trump’s records or Eastman’s emails that could be substantially affected by the proceedings (and we have no reason to think she does), then he has no obligation to recuse.

There may someday be a case where Mrs. Thomas’s texts create an actual interest, but that case does not yet appear to exist. 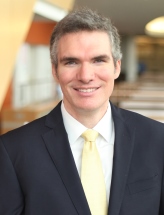