‘Laws of Fear’ in the EU

Fear is a terrible thing. For the past several months, the fear of COVID-19 has driven our behaviour and the functioning of our societies. COVID-19 has generated fear for our lives and health, and made us dread the collapse of our health systems, economies, society, and the way of life that we have know. COVID-19 has also demonstrated the fragility of EU free movement rules when faced with an unknown virus of such magnitude and strength, while raising the issues of power, solidarity and trust in the system.

The fear of COVID-19 has also had a strong impact on the application of two principles in EU free movement law: the principle of proportionality and the precautionary principle, whose recourse enables decision-makers to adopt and legitimise restrictive measures when scientific information is insufficient, inconclusive or uncertain and risks for human health are high. National decisions to apply restrictions to cross-border movement of persons and the logic followed in the EU COVID-19-related documents can be viewed as the triumph and regeneration of the precautionary principle, which had previously been strongly criticised as being vague and arbitrary. The implementation of the precautionary principle in the COVID-19 pandemic has had a transformative effect on the application of the principle of proportionality to free movement restrictions, by lowering the threshold when assessing whether a measure is ‘necessary’, due to scientific uncertainty entailed within precautionary approach. This can, in the end, result in EU law tolerating a higher degree of restriction of freedom of movement in case of precautionary measures than in in case of non-precautionary ones.

Starting from March 2020, all EU Member States unilaterally imposed a number of mobility-related measures, drastically restricting EU cross-border movement. Most mobility restrictions were adopted nationally, without being first agreed to or coordinated at the level of EU institutions. The European Commission was initially reserved towards this practice, due to the magnitude of the restrictions, their uncertain effectiveness and a strong impact on the internal market. However, it soon yielded under pressure and the reality of unilateral national restrictions implemented across the Union, and started adopting a set of soft law measures – such as the Commission Guidelines concerning the exercise of the free movement of workers during COVID-19 outbreak – aimed at coordinating national measures and emphasising the importance of non-discrimination and proportionality.

The precautionary principle allows decision-makers to adopt restrictive measures when potentially dangerous effects deriving from a phenomenon, product or process for the environment, human, animal or plant health have been identified and scientific evidence about the risk are insufficient, inconclusive or uncertain. The EU-level application of the precautionary principle up until the emergence of COVID-19 reveals that it has been used in situations of scientific uncertainty linked to different types of risks. In the early years, it was, first implicitly and then openly, applied to environmental risks such as climate change, fish-stock management, genetically modified organisms and the use of antimicrobials as growth promoters.

In the EU, COVID-19 policies are the first instance where the precautionary principle has been applied to such an extent and with such severity to restrict free movement of persons, as a response to a communicable disease. Even though restrictive measures affecting free movement of persons in the EU were also imposed to prevent the spread of SARS in 2003, the measures enacted seventeen years ago are incomparable to the ones adopted in 2020, both in terms of their scope and rigidity. The COVID-19 pandemic is also one of the rare cases in which the precautionary principle has been used not as a method to consider risks that might be incurred by acting (for example by putting a new product on the market), but the ones that would result from non-acting, i.e. from not imposing restrictions on free movement.

Is the Closure of Borders Effective?

When advocating which measures should be used to mitigate the impact of the pandemic, neither the ECDC nor WHO encouraged the use of border closures and travel restrictions. In its Guidelines for the use of non-pharmaceutical countermeasures to delay and mitigate the impact of the COVID-19 pandemic, from 10 February 2020 the ECDC stated that “available evidence […] does not support recommending border closures which will cause significant secondary effects and societal and economic disruption in the EU”. The Guidelines further provided that “border closures may delay the introduction of the virus into a country only if they are almost complete and when they are rapidly implemented during the early phases, which is feasible only in specific contexts (e.g. for small, isolated, island nations)”. The ECDC’s stance towards border closures relied on the position of WHO, which considered border closure mostly ineffective. The Commission acknowledged the WHO’s position in its Communication on Temporary Restriction on Non-Essential Travel to the EU, but, nevertheless, recommended to the European Council to close the external borders. The ECDC’s risk assessment from 23 April 2020 still recognised that substantial uncertainty regarding the epidemiological characteristics of COVID-19 continued to persist and that the effectiveness of different measures remained unclear, since many countries around the world introduced interventions en bloc. ECDC‘ risk assessment from 10 August 2020, continued to emphasize that “available evidence does not support border closures”, since COVID-19 “cannot be controlled by means of border closures” and that “measures to effectively contract-trace travellers crossing borders are needed and these should be reinforced in the coming period”.

Despite both the ECDC’s and WHO’s scepticism towards border closures, national responses to the COVID-19 pandemic in the EU and across the world included a high degree of travel restrictions and bans. This asymmetry between scientific findings of the European and world health organisations, and national political choices reflects the functioning of the precautionary principle. Provided scientific evaluation identifies risks for human health, but scientific uncertainty remains, the choice whether to adopt precautionary measures and, if so, to determine the type and degree of severity of such measures is no longer in the realm of science, but political discretion. The final decision whether and to which measures to resort, without having to wait until the seriousness of the risks to human health becomes fully apparent, lies in the hands of politicians, not scientists. Scientific risk assessment underpins precautionary measures, but does not predetermine their choice or type.

The response towards COVID-19 pandemic illustrates this interface between scientific evaluation and political discretion. In the COVID-19 world, scientific models could measure morbidity and mortality risks based on scientific findings of coronavirus behaviour and its spread, but these findings were not conclusive and certain and they could not tell us how our society wants to deal with the virus and what implications we are ready to bear. These decisions had to be taken by political leaders, who had to make a balancing exercise between risks to public health and societal risk tolerance, while taking into consideration other social interests, such as the functioning of the health systems. Additionally, there is a general agreement that precautionary principle does not call for specific measures, such as bans, or lead to a pre-determined solution. This setting gave decision-makers considerable flexibility in deciding whether and which types of COVID-19 measures to apply. As the result, not all EU Member States initially chose the same approach.

Evaluating whether a particular travel ban is proportionate to the level of protection of human health it affords has to be assessed against a high degree of scientific uncertainty associated to the pandemic. It is relatively easy to argue that travel bans were suitable for the protection of public health, since they contributed to the reduction of the number of coronavirus infections by minimising the number of personal contacts and transmissions. However, the lack of reliable and certain scientific evidence that was available to decision-makers at the time of imposing restrictive measures renders the criterion of necessity, contained in the proportionality analysis, much more flexible. Scientific uncertainty – inherent in any precautionary measure – lowers the threshold that has to be satisfied when assessing the legality of the legislator’s choice of the restrictive measure. The legislator is, thus, expected to look at the limited and uncertain scientific evidence that was available at the time of the decision and reasonably conclude that no less restrictive and equally effective measure could have been taken.

Due to the uncertain effectiveness of different restrictive options, the legislator will have a higher level of discretion, as long as the choice of the measure is reasonable, considering other legislative choices. Consequently, scientific uncertainty associated with COVID-19 and any other precautionary measure, juxtaposes the precautionary principle and the principle of proportionality – while enabling the former, it transforms the latter, by requiring a lower degree of necessity.  As a result, EU law may tolerate a higher degree of restriction of freedom of movement in case of precautionary measures than in case of non-precautionary ones.

The title of this article draws inspiration from the book by Cass R. Sunstein, Laws of Fear: Beyond the Precautionary Principle, CUP, 2005. The full article will be published by the European Journal of Risk Regulation. 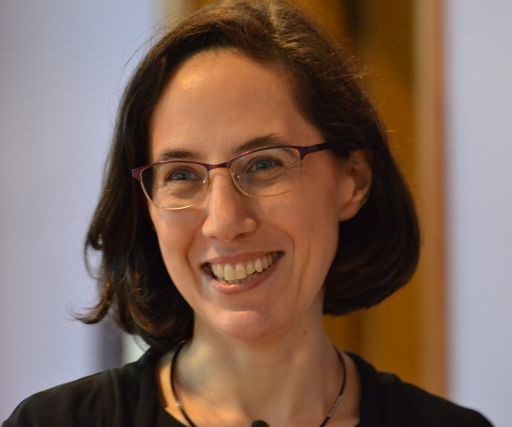