Legal Disintegration? The Ruling of the Danish Supreme Court in AJOS

On December 6, 2016, the Supreme Court of Denmark (SCDK) ruled in the Ajos case1). The ruling will be read, remembered and taught as an example of defiance of clear guidelines from the Court of Justice of the European Union (CJEU) by the highest court in Denmark2). According to the SCDK, the case involved two central legal issues in a dispute between two private parties. The first concerned the scope of the principle of non-discrimination on grounds of age. More concretely, the question was whether this principle could override a Danish statute, which deprived an employee of a severance allowance because he reached a certain age. And, closely linked, whether in such situations a national court could weigh the principle of non-discrimination on grounds of age against the principles of legal certainty and the protection of legitimate expectations and conclude that the latter took precedence?

Perhaps most surprisingly, the SCDK used the occasion to set new boundaries to the applicability of the CJEU’s rulings in Denmark. It did so in two steps: first, the SCDK delimited the competences of the European Union (EU) through the lens of its interpretation of the Danish Accession Act3). Second, the SCDK delimited its own power within the Danish Constitution. In regard to the first point, it concluded that the judge-made principles of EU law such as the general principle of non-discrimination on grounds of age, were not binding because it did not have its origin in a specific Treaty provision. This conclusion was consequential since the case at hand concerned such a principle developed by the CJEU after an amendment. With regard to the second step, the SCDK argued that it would in fact exceed its own judicial mandate within the Danish constitutional framework if it interpreted or dis-applied national law on those grounds4).

Below, we offer three possible explanations of the response of the SCDK.

The first explanation is structural. Political trends have changed towards a renewed affirmation of national sovereignty. This is the result of a number of disintegrative processes, notably the refugee crisis, Brexit, and the global financial crisis. Political momentum existed, in other words, for a push-back response when the case appeared before the SCDK; and if the time was right, the case at hand was certainly also conducive. The Ajos case offered in many ways a perfect springboard for a ‘push-back strategy’ as it concerned an area of EU law that is both controversial and weakly-founded according to many commentators. By pushing the case to its extreme, the SCDK eventually forced itself into what it saw as a contra legem situation – and Danish law needed to prevail by necessity if the SCDK was to stay within its domestic constitutional mandate.

Closely linked, a second explanation for the marked change is the gradual development of a tougher stance on the limits of EU law. For long, the SCDK was known for a pragmatic but genuinely open approach towards international law. In recent years the SCDK has hardened its line on the EU. While the SCDK’s 1998 ruling on the Maastricht Treaty5) followed the German Federal Constitutional Court’s decision in the Brunner case6), the SCDK seems to have changed its course thereafter. In its ruling on the constitutionality of the Lisbon Treaty7), the SCDK noted that although the CJEU is charged with settling any disputes on the interpretation of EU law: ‘… this must not result in a widening of the scope of Union powers …’. The Court further emphasised that since Denmark’s implementation of the Lisbon Treaty was based on the government’s constitutional assessment that no new powers were transferred to the EU: ‘… Danish authorities are obliged to ensure that this is observed.’ In Ajos, the SCDK further develops this approach which it has been working towards since its 2013 decision. In essence, Ajos is illustrative of a turn towards a greater national patrolling of the limited mandate given to the EU, including its judicial organ.

A third explanation posits that Ajos is a product of what might best be described as a growing irritation with international courts over their perceived legal micromanagement. In this view, the expansive tendencies of international courts via dynamic interpretation essentially collide with Danish legal culture and its focus on textual interpretation. There is a growing choir extolling the virtues of taking a hard stance against the perceived intrusions of international tribunals and their dynamic legal approaches, notably the CJEU but also the European Court of Human Rights. What Ajos adds to this picture of a growing ‘sovereigntism’ – at times even plain nationalism – is that it does not stop short of implementing the viewpoint into legal practice. And these new and stronger formal legal requirements for making EU law applicable also have political consequences. Going forward, Danish politicians will have to both draft far more detailed accession acts and be careful when participating in EU legislative processes. All in all, this is likely going to complicate Danish participation in the EU.

The conclusion in Ajos highlights two clear assertions which however only become fully visible through the narrow lens of Danish law. Firstly, that the Accession Act does not provide the legal basis for a general unwritten principle to be unfolded in specific rulings by the CJEU in a way that takes precedence over national legislation. Secondly, that the SCDK perceives itself to be violating its constitutional mandate were it to dis-apply Danish legal provisions, even when those provisions are contrary to EU law. In both cases the SCDK seeks legitimacy for its ruling by reference to legal certainty and legitimate expectations. The result of the approach is effectively a domestication of the question of the effect of EU law – now essentially a question of the limits of the Danish Accession Act which itself is limited by the relevant provision in the Danish Constitution (Art. 20).

Using this approach, the legal status of the contested principle of non-discrimination is that of an unwritten principle without a clear legal basis in the Treaty. As such, it is not deemed to be covered by the Accession Act. Instead, the SCDK views it as judge-made and thus belonging to a quasi-legal realm outside the constitutionally binding sphere of EU law in Denmark. This reconstruction of the validity of EU law is obviously deeply troubling when seen from a supranational perspective. The consequence is that every single national constitution of member states creates its own variation of EU law. This transforms EU law from an autonomous order into a residual order, the latter contingent on national legal practice and specific constitutional provisions.

Yet by far the most striking issue arising from the SCDK’s actions concerns the decision to portray itself as legally virtuous against the CJEU political activism. Although Ajos is drafted in the spirit of judicial restraint, giving weight to legislative texts and especially to the intention of the legislator (including preparatory works from Parliament) , it is likely to be viewed and received in very different terms. Judicial self-restraint simply fails to materialise as the guiding rationale of the decision. The approach of supposedly avoiding politics, the formal Leitmotiv of the decision and its formalism (defined as ‘playing by the Danish rules’), comes across as political: it effectively changes the dynamics of EU-Danish law and politics. The main reason for this is that EU law simply cannot be reduced to an exterior phenomenon. Rather, it is part and parcel of Danish law. It follows that switching it off, as in Ajos, even when justified under an interpretation of national law, necessarily entails applying one law by breaking another. That is not a viable path for any legal system taking supranational obligations seriously.

This blog text is a shorted and amended version of an article forthcoming in European Law Journal (2017) that analyses the Ajos case in detail. A SSRN version of the article text is available here. 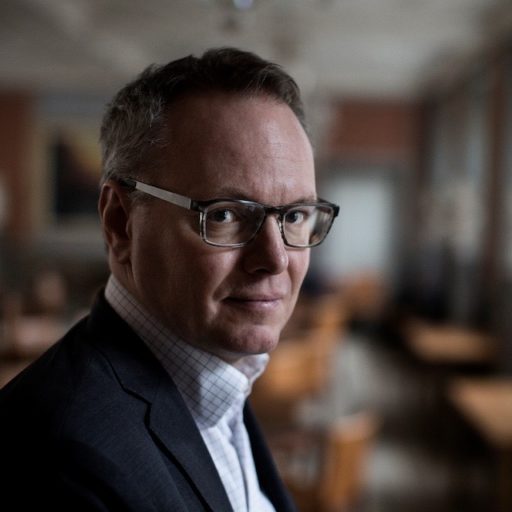 Mikael Rask Madsen Mikael Rask Madsen is Professor of European Law and Integration at the University of Copenhagen and Founder and Director of iCourts, Centre of Excellence for International Courts. (Foto: Ditte Valente/Eliteforsk) 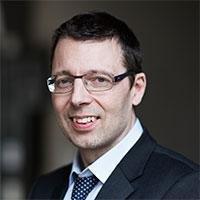 Henrik Palmer Olsen Henrik Palmer Olsen is a Professor of Jurisprudence at the University of Copenhagen (UCPH). He is a co-founder of iCourts and presently serves as Associate Dean for Research.
Urška Šadl Urška Šadl is a Professor of Law at the European University Institute (EUI) and Global Research Fellow at iCourts, the Danish National Research Foundation’s Center of Excellence for International Courts.
Other posts about this region:
Dänemark, English Articles, EuGH, Europa, Gerichte 1 comment Join the discussion
Go to Top