“Reinforcing police abilities without jeopardizing Human Rights is essential. But sometimes, it is an impossible equation” – Didier Maus

With the shock of the Paris attacks still fresh, further images started to flood the media in their immediate aftermath: Soldiers were not only seen boarding Rafale fighter jets but also patrolling the streets in France and Belgium, police raids were and are still conducted day and night throughout France, numerous arrests were made and even more people set under house arrest. Those internal executive measures in France are based on the déclaration de l’état d’urgence (in parts already discussed here). Now that the situation slightly calmed down, but with the state of emergency still enacted, the first administrative court decisions on those measures are in, deeming the police behavior just on all points.

With the attack still ongoing the French government immediately triggered the state of emergency for the fifth time only, since this figure was established in its 1955 law. In its first hours, the state of emergency was only declared for Ile-de-France (Paris region), but was then quickly extended to the French mainland at midnight. On November 19th, it was further extended to the French overseas territories. The extension for three months was almost unanimously decided by Parliament on November 20th, also modifying article 6 of the state of emergency law, which now enables the Prime Minister to decide on house arrests. All measures taken under these circumstances underlie parliamentary a posteriori control.

The state of emergency enables numerous preventive actions, which many consider as being overused by French police at the moment. Even though the prefects were reminded to comply with the law by Manuel Valls, this did e.g. not stop police from ordering the house arrests of seven environmental activists who could hardly be considered a “potential threat to national security” (menace pour la sécurité et l’ordre public). The state of emergency is thereby slowly but surely drifting from a means to prevent new attacks on French territory to an instrument to silence critics of current policy, a trend which was almost certainly supported by the COP21 in Paris and the recent regional elections. The executive abilities are increased immensely whilst judicial orders are no more required. Measures now allowed and taken by police include curfews, limitation of public and or vehicular access, provisory closing of concert venues, bars and or other gathering places, prohibition of reunions likely to provoke or maintain disorder, press and media control (so far however not invoked), house arrests and most importantly police raids, day and night.

2.575 such raids led to the discovery of 403 weapons (39 of military grade) and the questioning of 31 people but only 2 investigations were started. Further they led to 202 discoveries of drugs. At least 24 climate change activists were put under house arrest.

Out of the 33 house arrests contested before courts, none was invalidated so far and only one was annulled by the French Prime Minister for a lack of evidence. This arrest concerned the Imam of Montpellier.

In its recent decisions the Conseil d’Etat deemed the house arrest for seven environmental activists lawful. Their arrests were set out for 20 days with a duty to report to the police thrice a day.

While the Conseil d’Etat does, seemingly, agree that the individuals do not fall under the usual terrorist category, it still found that they might have disturbed the COP21 and thereby distracted police forces from their mission of preventing terrorist acts.

In the Conseil d’Etat’s view, given the (expected) behavior of the activists and the particular context, the house arrests in the courts’ view represented an appropriate balance between the respect of freedoms and the maintaining of public order and thereby do not manifest as illegal violations of the freedom of movement. Namely, since the police forces have to be focused to prevent further terrorist attacks and because the individuals previously participated in “violent actions” (actions revendicatives violentes) and were planning to demonstrate during the COP21. The government had previously banned all demonstrations linked to the climate talks. Six out of those seven activists were refused a public hearing when they contested those measures earlier.

This course is consistent since the Conseil d’Etat had already validated l’état d’urgence before, by finding that its extension to the whole country “does not raise a serious doubt concerning the legality of such a measure”. This was, in the light of the 2005 unrest.

It further declared in 2006 that l’état d’urgence conforms with article 15 of the European Convention of Human Rights (ECHR), which gives a state the ability to “take measures derogating from its obligations under the Convention”; and deemed the current law legal only on 17th November 2015 when it held that the declaration and extension of the state of emergency are “justified” and its application to the whole French territory is “proportionate to the circumstances” and the remaining terrorist threat.

The Claimants’ course of action does not truly come as a surprise since Valls himself admitted possible flaws in the draft when submitting it to parliament. However, he asked the MPs not to challenge the law before the Court Constitutionnel, to not slow down any investigative action. Keeping the above in mind, the fact that the law was ultimately accepted almost unanimously shows how dangerous legal reform as a direct response to a threat can be. While political activism can be excused for the French legislative, following this years’ tragedies, it is inacceptable how numerous European politicians are now calling for stricter policy on really almost everything (here we refrain from inserting links and ask the interested reader to merely google).

Another issue which will soon preoccupy the French parliament and before long also the French courts is the issue of stripping french bi-nationals convicted of terrorist action off their french nationality. While the government itself is aware of the limited effect of such measures, it is intended to be a “symbolic measure”. With the majority of the French seemingly to backing such policies, the question remains whether terrorism should be allowed to change the “country of human rights’” constitution. And whether such innocuous symbolic measures are the best answer to the actions of those *.

One can only remind them of the words of Robert Badinter after January’s Charlie Hebdo attacks “Freedom against your enemies cannot be defended by laws and extraordinary courts. It would be a trap history has already set for democracies. The ones who yielded to that trap did not gain any repressive effectiveness, but lots lost freedoms and sometimes even honor”. 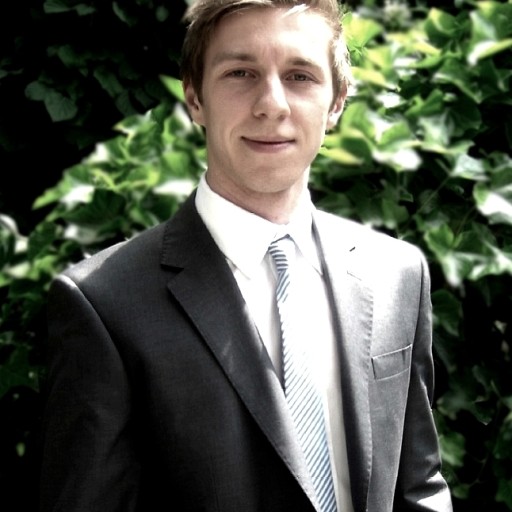 Felix Posselt Felix Posselt studies law at the Rheinische Friedrich-Wilhelms-Universität Bonn and is a research assistant for Clifford Chance LLP.

Other posts about this region:
Frankreich No Comments Join the discussion
pixel_not_set
Go to Top