In a recent article on this blog, I have set out that the spotlight will soon be turning on the European passportization of Russian oligarchs. And well, what shall I say, it did not take long for the Commission to come out swinging. In a recommendation issued on March 28, the Commission urged “Member States to immediately repeal any existing investor citizenship schemes and to ensure strong checks are in place to address the risks posed by investor residence schemes”. But, more to the point, the Commission also called on Member States to immediately assess the withdrawal of nationality for Belarusian and Russian nationals that have been naturalized on the basis of investor citizenship schemes and are either subject to EU restrictive measures or have otherwise supported the Russian government or the Lukashenko regime in relation to the war in the Ukraine. And while the screws are turned on these oligarchs, this – as the Commission has made clear – is part of a larger effort against such schemes. Or as Didier Reynders emphatically put it:

“European values are not for sale. We consider that the sale of citizenship through ‘golden passports‘ is illegal under EU law and poses serious risks to our security.”

As for the Russian and Belarusian individuals concerned, the recommendation entails at least one small glimpse of hope. Any withdrawal must take into account the case law of the Court of Justice of the European Union and hence must meet the standards of an individual test of proportionality. And even though foretelling is not exactly my field of expertise, I will make this one prophecy, namely that in due course we will see some of these high-flying cases popping up at the European Court of Justice in Luxembourg. Whether or not the individuals concerned will eventually be able to successfully make the case that the rule of law stands in the way of them losing their Union citizenship, is quite another matter – but not everything must be foretold.

Mutual Trust in the Field of Nationality: Going Full Circle

In the meantime, however, we have to turn to another ancillary problem: If you believe that the naturalization on the basis of these Golden Passport schemes is illegal under EU law, is it really that we – and by “we” I mean all other Member States – must recognize the presumptuous status of Union citizenship of these individuals?

I know there is Micheletti, and the steadfast opinion of eminent scholars like Kochenov who are convinced that Micheletti not only implicates an outright refusal of the genuine link-requirement, but is also paradigmatic for the unrelenting obligation to recognize the nationality of another Member State. In thy nationality we trust – no ifs, no buts, mutual trust in its most original spirit. This spiritual sense, though, is wearing thin in many other parts of EU law. Peu à peu mutual trust is consumed by a horizontal obligation to control. I spare you the ominous Lenin quote, but the times, they are a changing.

But isn’t nationality something else altogether? There is, after all, not only Micheletti, but also the obligation under international law to recognize the nationality of another State. The often-overlooked fine print to this obligation, however, spells out that recognition is only warranted „in so far as it is consistent with international conventions, international custom, and the principles of law generally recognized with regard to nationality”. And while the ius sanguinis-approach upon which Mr. Micheletti acquired his Italian nationality maybe deemed morally doubtful, its legality certainly is not. The same cannot be said so easily about a sold nationality. I grant you that opinions on this issue differ widely. But Nottebohm and the overtures in the case-law of the European Court of Justice point into a different direction. Hence, nationality qua ius pecuniae lacking any genuine link is not only dubious per se, but arguably insufficient as a matter of international law.

That is not to say that any such legally insufficient nationality cannot be recognized. As any learned international lawyer will tell you the obligation to recognize a legally permissible status under international law must not be confused with a prohibition to recognize a legally not impermissible status. The obligation to recognize, in other words, does not necessarily entail a correlating obligation to not recognize. If any such insufficient nationality is recognized, this will consequently only create a functional nationality for the concerned State(s) inter se. It will not alter the legal voidness of this status on the international plane. From a doctrinal point of view, recognition in the field of nationality hence should generally be treated with caution. In this vein, it also seems worth to recall another side-fact of Nottebohm, namely that the mere acceptance of a passport does not amount to a recognition tout plain.

In Schrödinger’s Cat We Trust

So aren’t we then back at square one? Micheletti and mutual trust – if also not because of trust itself but rather for the sake of a uniform Union citizenship. Well not quite; if one reads the case of JY v Wiener Landesregierung carefully one will find that the Court in paragraph 50 sets out that Estonia could not simply trust Austria’s assurance to naturalize JY once she had relinquished her Estonian nationality. Rather, the Court established an obligation for Estonia to make sure its own actions did not interfere with the obligation to observe EU law in relation to the fundamental status of EU law (see on this also the contrasting Opinion of AG Szpunar at para. 82). Although this is not a case that concerns the recognition of nationality strictu sensu, it is a case that concerns the mutual trust Member States must award in nationality decisions that directly affect the status of Union citizenship. And in this light, Micheletti and mutual trust is not what it supposedly used to be. Member State’s nationality decisions are not sacrosanct from the prying eye of other Member States anymore. Thus, at least in some instances legality trumps uniformity.

Because of the severe fundamental rights implications, this seems particularly true for decisions that entail a loss of Union citizenship. But since Union citizenship is a status that for all its fundamentality entails mostly obligations on the part of other Member States, it is not farfetched to assume that indeed all other Member States have a qualified legal interest in that also the awarding of this status conforms with the obligation to observe EU law. Which, by the way, seems all the more relevant when there are substantiated reasons to assume that a recognition entails further internal or external security risks for the EU at large. Now it is clear that the right (and possibly even the duty) to subject a nationality decision of another Member State to such a mechanism of horizontal control must – just like in other fields of mutual trust imperfecta – be subject to further restrictions that entail a qualified assessment of whether the measure in question is plausibly contrary to EU law and whether there are no sufficient legal remedies within the sphere of the home Member State to address these shortcomings. The horizontal control can and should after all be only an instrument of ultima ratio.

Nevertheless, in light of the current events, we may find out rather sooner than later what mutual trust in nationality matters amounts to. And who knows, those high-flying cases before the Court in Luxembourg might depart from rather unexpected places. 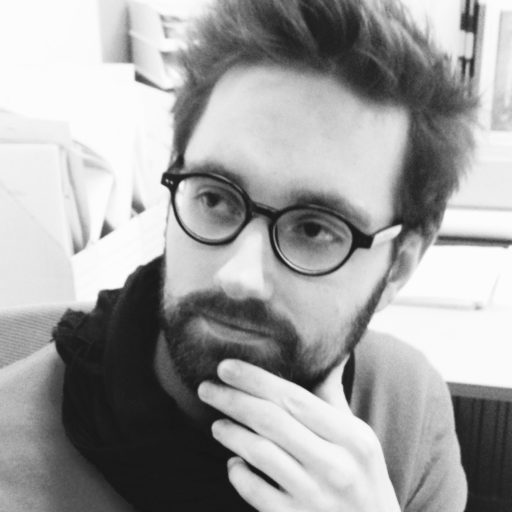 Lorin Wagner Lorin Wagner is Assistant Professor at the Institute of European Law at the University of Graz (Austria).