Mitch McConnell, The Supreme Court, and The Specter of Politicization

We owe Mitch McConnell, the Majority Leader in the US Senate, a debt of gratitude. Not for entrenching conservative positions on the Supreme Court, that is (unless, of course, you agree with them); but for discarding the vestiges of a bipartisan restraint that increasingly looks out of place in a country riven by affective polarization. After all, a democratic society gets the political system it wants and deserves.

Upon learning that the Republicans will fill Ruth Bader Ginsburg’s seat before the electorate gets a word in edgeways, the left had two reactions: disgust at McConnell’s rank hypocrisy; and fear for progressive policies such as freedom of choice, accessible healthcare, environmental protection, etc. (the list is long). Now, I have little to say about what the appointment of Amy Coney Barrett augurs for specific constitutional problems. In a world of positive law, the German social theorist Niklas Luhmann wrote, everything can change, but not everything will change at once. On that view, Coney Barrett will surely work with her conservative colleagues to dismantle the key achievements of progressive constitutionalism, but some of these achievements may prove surprisingly resilient.

Instead, I would like to focus on the ramifications of Mitch McConnell’s behavior for the politics of judicial appointments. There is no doubt that the Senate Majority Leader acted in bad faith when he decided that what was true in 2016 no longer holds in 2020. This hypocrisy, however, may have a salutary effect on the process of judicial selection. I submit that it throws into relief a concise set of new principles for future appointments: In theory, presidents may nominate and, upon the consent of the senators, appoint justices to the Supreme Court. In practice, however, they will only get to do so if they command a majority in the Senate. If half of the bench is vacant and a majority of senators don’t like the idea of a president from the opposite party selecting new justices, the Court will have to make do with fewer members.

I don’t know at what point there’s a constitutional bar to such politicking. (A German lawyer would surely come up with an obligation of inter-institutional loyalty, but I doubt that a constitutional culture as antagonistic as the American would react kindly to such a principle.) The more appropriate question, probably, is whether entrenched partisanship accords with the spirit of the system of checks and balances. It is true that the constitutional framers may not have liked the idea of crass party-political antagonism. At the same time, however, constitutional scholars are more and more adamant that the Senate need not play second fiddle to the president during the appointment process.

One can argue, as a result, that Senate partisanship is a legitimate antidote to presidential partisanship. Why should the executive get to choose a candidate of its ideological liking while the senators have to confirm anyone more or less within the “mainstream” of constitutional thought? Once that mainstream includes mutually exclusive positions—as well it should, given the indeterminacy of constitutional law—a candidate’s “merit” is no longer sufficient to determine whether he or she would make a good justice.

Mitch McConnell’s new principles will make for ugly politics. But at least it gives the public a somewhat greater say over the composition of the Court: If citizens realize that they can’t trust the president to make good choices, they can elect senators who promise to reject whomever the president nominates. It is true, of course, that the Senate electoral map favors conservative interests. But then so does the Electoral College. If the left feels consistently disadvantaged, it knows what to do: Once it gains control of both the White House and the Senate, it can strip the Court of some of its appellate jurisdiction, create new justiceships, and (possibly) abolish life tenure.

Who would voluntarily advocate such scorched-earth policies? Both Mitch McConnell’s new principles and the possible countermeasures of the left are sure to further politicize the Supreme Court. But that was always inevitable. In a country with an unamendable but venerated constitution, a tradition of robust judicial review, life-tenured justices, and ideological cleavage, there is no way for constitutional adjudication not to be politicized. Perhaps we should pay more attention to the flip side of a politicized Court, therefore—the depoliticization of the political system. The same constitutional rigidity that politicizes the Court depoliticizes the political system, Niklas Luhmann teaches us, because it diminishes its capacity to respond effectively to the demands of the public.

It is possible, of course, that brazenly partisan appointments will exacerbate the politicization of constitutional adjudication to the point where it undermines the authority (that is, sociological legitimacy) of the Supreme Court: Perhaps partisanship will gradually make the public perceive the Court as “just another” political actor, thereby eroding the foundations of diffuse support for constitutional adjudication. Yet it is equally possible that the public already expects the appointment process to be all about politics, and that its support for the Court depends more on the concrete outcomes of constitutional disputes than on perceptions of principled, “legalistic” decision-making. Political scientists, it bears emphasizing, are divided on this question.

We should not underestimate judicial agency and write off the Court too quickly, accordingly. The justices know full well that what they do has just as much impact on their authority than what Mitch McConnell does. It is in their own interest, on this view, to exercise restraint and forgo the temptation of tearing down precedent upon precedent. John Roberts, for instance, is famously cognizant of the perils of overzealousness. He will soon no longer be the swing vote, of course, but is at least possible that the new median justice develops an institutional sensibility of his own: Judicial radicalism may be more attractive when you’re in the minority and don’t have to witness the real-life consequences of your vote.

The more progressive justices on the Court, conversely, can write more poignant and radical dissents now. Bereft of the hope that a moderate, “common-sense” opinion will convince any of their conservative colleagues to join their side of the argument, they can author the aspirational dissents that, one day, may become constitutional law.

This brings me to my conclusion. Many of us think that Amy Coney Barrett does not deserve a seat on the Court. But we should also spare a thought for her predicament. Once she is on the bench, she will bear the awesome responsibility not to contribute to the downfall of the Supreme Court. It remains to be seen whether her colleagues and she can muster the requisite charismatic authority. In a country that places the highest of hopes in its justices, that seems like a very appropriate test. 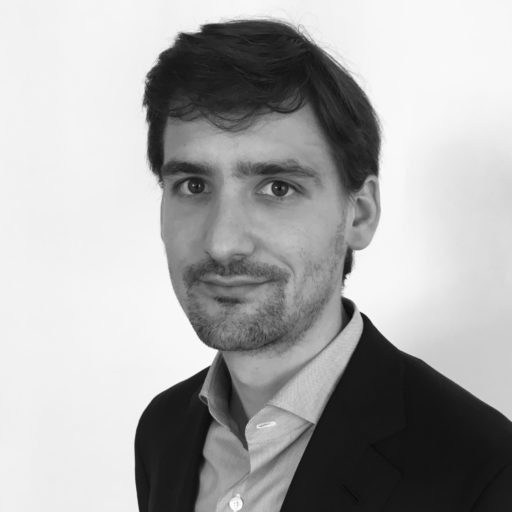