On Sept. 21, Russian President Vladimir Putin issued a “partial mobilization” order, which paves the way to conscript up to 300,000 Russians into the war against Ukraine. Days later, on Sept. 24, he signed into law amendments enhancing the penalties for voluntary surrender to an adversary, desertion, or refusing to fight. Together, these moves again raise the question of refugee status for Russians who refuse to participate in the war.

Following the mobilization order, Estonia, Latvia, Lithuania, Poland, and the Czech Republic quickly indicated that they will not grant asylum to those fleeing conscription. Germany, on the other hand, suggested that refugee status could apply to such individuals. For his part, Ukrainian President Volodymyr Zelenskyy urged conscripts to “flee” Russia or to “surrender to Ukrainian captivity at the first opportunity” and promised to “find a way” not to repatriate surrendered Russian troops who are “afraid to return to Russia” and do not want to be part of a prisoner of war exchange. This approach is compatible with Ukraine’s obligations under Geneva Convention III (covering treatment of prisoners of war) for the reasons I outlined in a March post.

In that earlier article, I argued that States have a legal obligation to recognize the refugee status of Russian troops who flee to avoid participating in a war of aggression. That argument applies equally to this new scenario of conscription. Those who refuse to fight and who leave Russia to avoid being forced to do so should be recognized as refugees.

However, there is now an additional way to ground that claim.

In my analysis in March, the argument for Russian deserters’ refugee status was rooted solely in the aggressive nature of Russia’s invasion. As I noted then, the fact that criminal liability for aggression attaches only to leaders might be thought to cast doubt on the refugee status of lower-level troops refusing to fight on that basis – the latter being legally incapable of “commit[ting]” the crime of aggression (the term used in article 12(2)(a) of European Union Council Directive 2011/95), and thus (arguably) ineligible for protection from involvement in that wrong. Although such doubt is unwarranted for the reasons provided in that earlier piece, the new basis for refugee claims would avoid that wrinkle altogether.

Credible reports and analysis since Russia’s aggressive escalation in February 2022 indicate that Russian forces have perpetrated widespread war crimes and crimes against humanity in their prosecution of the war in Ukraine. In contrast to the crime of aggression, those crimes include no leadership element – liability can attach to any individual, from the highest-ranking commander to the lowest-ranking soldier. As such, the specific concern associated with grounding refugee status in refusal to fight in an aggressive war does not apply to grounding that status in refusal to perpetrate these other crimes. As noted in the previous post, a refugee claim for refusal to participate in such conduct can be rooted in paragraph 171 of the (UNHCR) Handbook on Procedures and Criteria for Determining Refugee Status, articles 9(2)(e) and 12(2)(a) of European Union Council Directive 2011/95, and relevant case-law (paras. 26, 29, 39, 51).

Of course, one might think that this alternative way of grounding refugee status would run into a different complication. While any Russian deployment in Ukraine would entail participating in the war of aggression, one cannot predict with certainty whether any specific deployment would entail engaging in war crimes or crimes against humanity. However, when such crimes are repeated and systematic, refusal to fight on this basis can ground refugee status, despite the uncertainty regarding whether the individual claimant would be ordered to engage in specific criminal conduct. Recent case law is directly on point.

In 2020, the Court of Justice of the European Union (CJEU) considered the relevance of a similar pattern of abuse by Syrian forces in the country’s civil war to the refugee claim of petitioner E.Z., who had fled Syria in 2014 “in order not to perform his military service there” (para. 14). The German Federal Office for Migration and Refugees had granted the claimant subsidiary protection, while denying him asylum on the grounds that he had not been subject to (and would not have to fear) persecution in Syria (para. 15).

In a preliminary ruling, the Sixth Chamber of the CJEU held:

[I]n respect of a conscript who refuses to perform his or her military service in a conflict but who does not know what his or her future field of military operation will be, in the context of all-out civil war characterized by the repeated and systematic commission of [war crimes and crimes against humanity], it should be assumed that the performance of his or her military service will involve committing, directly or indirectly, such crimes or acts, regardless of his or her field of operation. (para. 38)

The court concluded that there is a “strong presumption” that the prospect of punishment for refusal to perform military service under such circumstances would entail the persecution that animates refugee status. (paras. 56-57, 61) While the focus in that case was on “all-out civil war,” the same rationale applies equally to the comparable pattern of criminality in Russia’s conduct of its international armed conflict with Ukraine.

Evaluating the Reasons for Refusal

Some States’ opposition to granting asylum to those fleeing Russian conscription appears to be rooted in part in skepticism about whether their refusal to fight reflects a genuine opposition to the war or its conduct. The court’s analysis in E.Z. clarifies the structure of the law on this point.

Refugee status in such scenarios depends on an assessment of each individual’s vulnerability to a qualifying form of persecution. (para. 50) However, article 10(2) of E.U. Council Directive 2011/95 provides:

In E.Z., the CJEU reasoned:

[I]n the context of armed conflict[] . . . and where there is no legal possibility of avoiding military obligations, it is highly likely that the authorities will interpret the refusal to perform military service as an act of political opposition, irrespective of any more complex personal motives of the person concerned. (para. 60)

There is no reason to assume that those now fleeing participation in Russia’s war of aggression are universally (or even predominantly) unmoved by the illegality or wrongfulness of the war or its conduct. However, the court’s analysis on this point emphasizes that even for those whose reasons for refusal are more complicated, the fact of alternative motivations would not preclude refugee status.

As Russia mobilizes its population against Ukraine, States must review the asylum claims of those who have deserted, surrendered, or fled conscription. The appropriate starting point in that respect is the “strong presumption” that those fleeing punishment for their refusal to fight in a war characterized by repeated and systematic criminality are seeking to escape a form of persecution that would qualify them for refugee status. (para. 61) 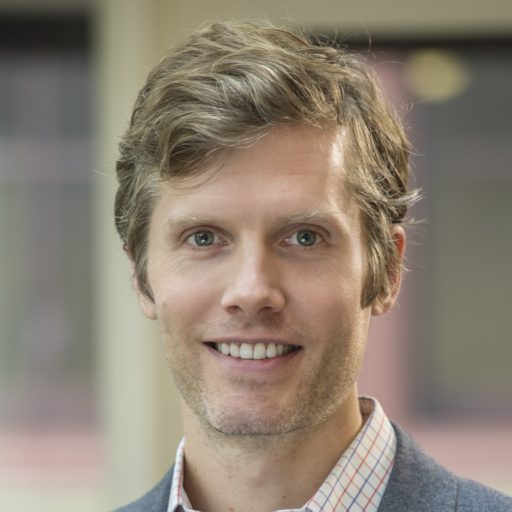 Tom Dannenbaum Tom Dannenbaum is Assistant Professor of International Law at the Fletcher School of Law & Diplomacy and the author of The Crime of Aggression, Humanity, and the Soldier (Cambridge University Press, 2018).