Monkeys in Their Own Right

The Estrellita Judgement of the Ecuadorian Constitutional Court

A few months after the landmark Los Cedros decision (see Prieto), Ecuador’s Constitutional Court has ruled on another important case for the Rights of Nature (RoN). For the first time, the Constitutional Court has explicitly recognized that individual animals are protected by the RoN which also include the right to free development of animal behavior. The Court thus takes another major step toward concretizing and further developing the RoN and provides important clarifications regarding the relationship between the RoN and animal rights.

“Nature, or Pacha Mama, where life is reproduced and occurs, has the right to integral respect for its existence and for the maintenance and regeneration of its life cycles, structure, functions and evolutionary processes.”

Most RoN cases so far have dealt with large-scale environmental problems caused mainly by mining. However, there have always been strong calls to apply the RoN to the protection of animals as well (see Morales Naranjo). With the Estrellita case, the Constitutional Court sets an important precedent on this issue and shows that these innovative rights are not dead letter law.

The case before the Constitutional Court concerned Estrellita, a chorongo monkey (lagothrix lagothricha) who had lived in the home of Ana Beatriz Burbano Proaño for 18 years. After this was reported to the Ministry of Environment, state officials confiscated Estrellita in 2019 and initiated administrative proceedings against Burbano Proaño for violating environmental law. The monkey was temporarily taken to a wildlife sanctuary and later to an eco-zoo, where she died after a few days. Unaware of the monkey’s death, Burbano Proaño filed a habeas corpus action against the Ministry of Environment, demanding the return of Estrellita to her home. In her view, the seizure of Estrellita was an unlawful detention. The case was dismissed by both the Court of First Instance and the Court of Appeal. This was challenged by Burbano Proaño by means of a constitutional action (acción extraordiniaria de protección) before the Constitutional Court.

The court does not devote much attention to the question of whether habeas corpus is an adequate legal means to protect the rights of animals (which Judge Carmen Corral Ponce criticizes in her concurring opinion). The court states, that even if habeas corpus was not an adequate remedy, judges would have been obliged to investigate whether there was a violation of Estrellita’s constitutional rights (No. 178). Therefore, it addresses in general terms the rights of animals and their relationship to the RoN.

This question had previously been controversial (cf. Gutmann p. 134 et seqq.). Some authors stated that Art. 71 CRE was aimed only at ecosystems and their evolutionary processes and not at individual beings (Greene/Muñoz, p.49). The court decided that if nature has rights, this must also apply to “all of its members, elements and factors” (No. 66). The argument is quite compelling: Since ecosystems consist of the interaction of various entities, including animals, it is obvious that the rights of individual entities can be derived from the RoN.

In previous cases, animals appeared in court proceedings as representatives of their habitat. For example, in the Llurimaguas case, a biologist sued on behalf of two frogs threatened with extinction because the ecosystem in which they live was threatened by a mining project. The case of Estrellita is different. The monkey did not live in her “natural” habitat, but among humans. She did not represent an ecosystem, but appeared as an individual in the court proceedings.

Domesticated animals are directly dependent on humans which implies specific risks. The domestication of wild animals is a serious interference with natural self-reproduction, so it would seem paradoxical if these animals were not protected by the RoN. There is thus a close link between the rights of animals and the RoN, “animal rights constitute a specific dimension […] of the Rights of Nature” (No. 91).

The right to free development of animal behavior

The court held that there is no numerus clausus of the RoN in the CRE (No. 95). Since nature is a very diverse entity, different natural elements require different rights. The specific content of the RoN must be determined on a case-by-case basis. Consequently, the court ruled that animals have “the right to free development of their animal behavior” (No. 112). This has similarities to the constitutional guarantee of (human) freedom of action. Animal rights and human fundamental rights can have similar structures (see Stucki). Nevertheless, the Court concretized some specific aspects of the animal rights that are derived from RoN.

The RoN protect animals in their specific context. Therefore, the court points out that there is no absolute protection of animals’ right to life, “when a predator kills its prey […] the right to life of an animal is not illegitimately violated” (No. 102). First of all, animal rights are binding on the state. There are both positive and negative obligations, i.e. the state must not only not hinder the free development of animal behavior, but must also actively protect it against infractions (No. 114).

Despite important clarifications by the court, there are still some questions left to be clarified regarding animal rights. Above all, the extent to which humans may use animals remains open. On the one hand, the court states that humans may kill animals for food purposes (No. 103). On the other hand, it holds that domestication of wild animals violates their rights (No. 116) since it hinders them from the free development of their animal behavior. A domesticated monkey cannot develop its ape-like behavior. This reasoning carries a certain contradiction since most animals used by humans were domesticated in the past. It is not yet certain whether the Estrellita ruling implies that the status quo of domestication of animals is beyond the reach of the RoN. This would severely limit the impact of animal protection via RoN. It remains to be seen if Ecuadorian jurisprudence will also discuss issues such as cattle breeding under a RoN perspective. Nevertheless, the Estrellita ruling opens the possibility of a broader discussion about human-animal relationships with a view to RoN.

Who knows about Estrellita’s interests?

Since law is a human institution it is difficult for nature or animals to be heard in legal proceedings (cf. Gutmann/Morales Naranjo). They therefore need human representatives to raise their voices on behalf of them. In Ecuador, everyone is entitled to claim RoN without the need of having to be personally affected. The Estrellita case illustrates how difficult it is to legally represent the interests of animals. The Constitutional Court decided that both living in Burbano Proaño’s home (as an obiter dictum since Burbano Proaño’s behavior was not the issue of the lawsuit; No. 136 et seq.) and being confiscated by the state (No. 145) violated Estrellita’s rights. Both the transfer from her natural habitat to a human household and the transfer to a zoo, where living conditions are inadequate, violated Estrellita’s right to freely express her ape-like behavior. In the court’s view, both Burbano Proaño and the state failed in their determination of Estrellita’s best interests even though both acted with good will. While Burbano Proaño considered herself Estrellita’s mother and felt affection for the animal, state officials tried to protect Estrellita from Burbano Proaño and take her to a place that is suitable for monkeys.

The court has not limited its focus to the question of which of the two can authentically speak for the monkey. It broadens the focus to hear numerous other voices, most of which are amicus curiae. It tries to form an opinion about Estrellita’s interests by considering different perspectives that claim to speak on behalf of the monkey. As in previous cases – especially in the Los Cedros case (see Gutmann KJ 1/2022, forthcoming) – the court opens a space for dialogue about the interests of nature. Since we can never know what nature really wants and since there are many different conceptions of nature, such participative proceedings seem to be a convincing way of listening to nature and animals in court proceedings. 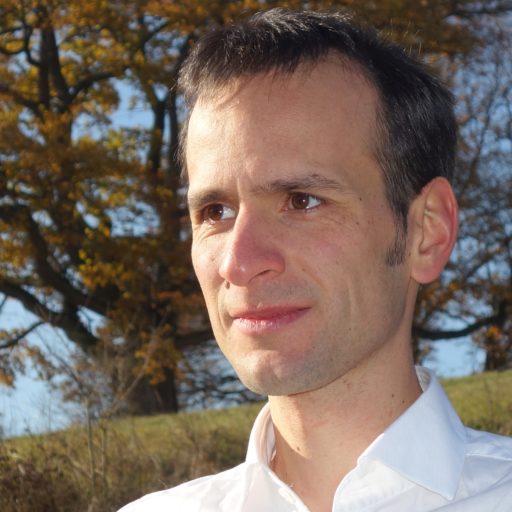 Andreas Gutmann Dr. Andreas Gutmann is a scientific associate at the Centre of European Law and Politics (ZERP) at the University of Bremen and a trainee lawyer in Berlin.

Other posts about this region:
Ecuador, English Articles, Gerichte No Comments Join the discussion
Go to Top