On 18 March the UK Minister for Defence Ben Wallace introduced into the UK Parliament its promised package of new legislation designed to ‘protect veterans’. Entitled the Overseas Operations (Service Personnel and Veterans) Bill, the proposed laws would amend the UK’s Human Rights Act 1998 (HRA) in a number of ways that impact on its human rights obligations under international law, particularly treaty commitments under the ECHR. This blog post deals particularly with the proposal for the UK to consider derogating from the ECHR for overseas operations (although the Bill also contains important proposals potentially limiting the prospects for victims of UK war crimes to access justice).

Wallace’s Bill would insert a new provision (s14A) into the HRA compelling the government to consider making a derogation under Article 15(1) of the ECHR for any future UK operations overseas. The proposed Section 14A would thus require the Secretary of State to keep under consideration whether it would be ‘appropriate’ for the UK to derogate in relation to any ‘significant’ overseas operation. The Bill does not define ‘significant’ nor does the HRA as it currently stands, so it unclear whether this relates to troop numbers, time commitment, political or strategic importance, or a combination of all these factors or others. The Bill also does not define the extent of the derogation to be considered or the time period involved, leaving a large measure of appreciation for the government in this respect.

Of course no derogation is permitted for core human rights protections such as the prohibition against arbitrary killing (Article 15(2)). For example, the International Court of Justice noted in its Advisory Opinion on The Legality of the Threat or Use of Nuclear Weapons (8 July 1996) in relation to Article 4 of the ICCPR (on which Article 15 of the ECHR is based):

“The Court observes that the protection of the International Covenant for the Protection of Civil and Political Rights does not cease in times of war, except by operation of Article 4 of the Covenant whereby certain provisions may be derogated from in a time of national emergency. Respect for the right to life, however, is not such a provision.”

Other core non-derogable rights are the prohibition against torture (Article 3), the prohibition against slavery (Article 4(1)) and no punishment without law (Article 7). Ironically, these protections are the grounds on which most of the so-called ‘vexatious claims’ the UK government has promised to bring an end to are founded. They are also the grounds on which thousands of administrative and judicial claims for UK human rights violations have been based over the years. This proposed measure would thus do little to further the government’s stated goal.

Moreover, it appears that a derogation would not necessarily be required. In Hassan v the United Kingdom (2014), the Grand Chamber of the European Court of Human Rights considered that Convention rights (where no derogation had been made) could be interpreted in accordance with international humanitarian law. That is, the UK was not required to derogate from its obligations under Article 5 in order to allow for the internment of prisoners of war and civilians posing a threat to security during a conflict because that Article could be interpreted and applied in accordance with the principles of international humanitarian law (Geneva Conventions III and IV) (paras 41-42). This was also noted in the European Court’s ‘Guide on Article 15 of the ECHR’ (2019) (para 26). Note also that the Grand Chamber in Al-Jedda v United Kingdom (2011) appeared to accept that where Security Council obligations are explicit, they can displace Convention rights (paras 102, 109-110).

In fact, although there have been a number of cases of States parties acting militarily outside their own territory since their ratification of the Convention, no State has ever made a derogation pursuant to Article 15 in respect of these activities. That is, Article 15 has been used (including by the UK) only in relation to emergencies within the territory of the State party. A decision to derogate is a weighty one with implications beyond the domestic goal of ‘protecting veterans’. It seems reasonable to assume that if the UK opened the door on such a practice, it might be expected that other EU members may make derogations in their future overseas conflicts. Ultimately, a patchwork of protections may result, and the global culture of respect for human rights, and the leading role the ECHR plays to this end, will inevitably be affected.

It is important to note also that while the Bill appears to envisage routine derogations from the ECHR whenever UK troops deploy on overseas operations, the language of Article 15(3) is crafted clearly with temporary derogation in mind. Although a margin of appreciation is given to States to determine what might be the most appropriate policy in the circumstances, and it is not the Court’s job to substitute its own judgment for that of the government (Ireland v United Kingdom (1977), paras 207, 214), a derogation must be “strictly required by the exigencies of the situation”. In determining whether a State has gone beyond what is strictly required, the Court will give appropriate weight to a large number of factors, particularly the nature of the rights affected by the derogation, the circumstances leading to, and the duration of, the emergency situation (Brannigan and McBride v United Kingdom (1993), para 43). These factors are assessed on the basis of the “conditions and circumstances reigning when [the measures] were originally taken and subsequently applied” (Ireland v United Kingdom, para 214). Therefore, any anticipatory judgment by the UK Secretary of State about such issues will be inconsistent with law and practice, although in A et al v United Kingdom (2009) the Grand Chamber took notice of events that occurred after a derogation had taken place in deciding whether the derogation was lawful. It cannot be expected that this would apply in the case of a blanket derogation.

Lastly, the ECHR’s Article 15(3) requires that a derogation must not be inconsistent with the UK’s other obligations under international law, which would include the International Covenant of Civil and Political Rights (including the Second Optional Protocol aimed at Abolition of the Death Penalty), and the Convention on the Rights of the Child. Many of the rights protected under these instruments are reflected also in the ECHR, so even if the UK makes the broadest derogation from Convention rights possible, the rights in these other instruments will still apply, of course in light of the lex specialis of international humanitarian law. Customary international human rights law – particularly the jus cogens variety – will also still apply. That said, the UK’s lack of ratification of Optional Protocols allowing victims of violations to make individual complaints, together with gaps in implementation of parts of these treaties into UK law outside of the HRA, will mean real difficulties for victims in pursuing redress for violations in UK courts. Thus the extent of the UK’s derogation from the ECHR will be of critical importance. The Convention Against Torture and Other Cruel, Inhuman or Degrading Treatment or Punishment still applies in all areas under UK jurisdiction during operations overseas, and redress for violations is available in UK courts given its Article 14. As mentioned already, it is not possible for the UK to derogate from the ECHR with respect to the prohibition against torture. 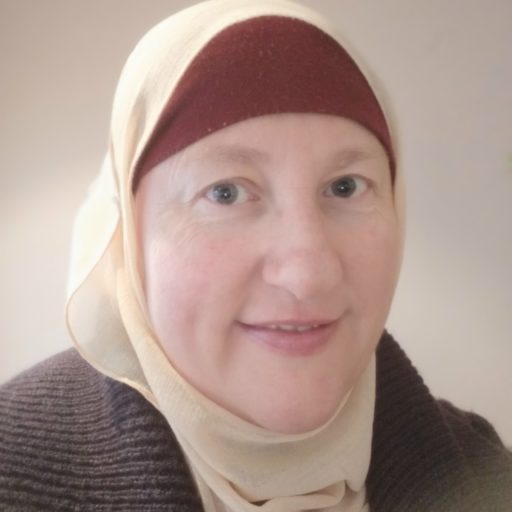