New Cuban Constitution: Towards a System Without a Single Leader

Ten years after the retirement and subsequent death of Fidel Castro, Cuba is going through an extensive constitutional reform process to transform the political system. Whereas the previous system was designed to be headed by a single leader, the future constitutional setup will distribute power among several people.

The current Cuban Constitution was ratified in 1976 and slightly amended in 1992 and 2002. Its basic outline was shaped by various developments taking place in the two preceding decades. Fidel Castro had positioned himself as the principal figure of the revolution (1953-1959), affiliated the regime with Communist ideology, and broken his prior promise to reestablish basic democratic principles as they had previously existed under the Constitution of 1940.

Now, the ruling Communist Party’s elite wants to reform the 1976 Constitution. In July 2018, it presented a draft to the country’s National Assembly, which affirmed the proposal. A countrywide referendum is scheduled for February 2019. Until then, the Cuban people are supposed to discuss the document.

The reform process was initiated and led by former head of state Raúl Castro who remains head of the Communist Party. He succeeded his brother in all relevant positions between 2008 and 2011. Since he had been 76 years old when assuming office, the most pressuring question directed at him was how Cuba was supposed to steer into the future without its long-time leader. But does the envisaged reform provide an answer to this question?

The Function of Constitutions in Socialist States

The assumption that constitutional reform will bring about legal, political and societal change presumes that the constitution does play any role in the further development of the state of Cuba. One might retort that in socialist states constitutions hardly unfold normativity. In most cases there are no independent courts which would dare examine the constitutionality of laws and government actions. Also, there is usually no public debate enabling citizens to draw attention to the violation of a constitutional right.

These objections, however, do not derail the entire constitutional argument. Differentiations between certain groups of provisions can be fruitful: Fundamental principles, civil liberties and the economic framework will easily be ignored by the regime whenever it is politically expedient to do so. Hence, those provisions become largely ineffective.

Still, the organisation of the state is of high relevance to socialist states because their state organs come into being through the constitution. Even framers of a socialist constitution have to anticipate the future inner dynamic of state institutions. Consequently, they have to channel and limit their respective powers.

Moreover, the Cuban reform process is a rather rare case of a potentate (Raúl Castro) leading the charge to create a constitutional system which is supposed to outlast himself. Usually, there is a belated adaptation of the constitution to previous changes in the power structure. Yet, the Cuban reform proposal seems to attempt the opposite. It tries to normatively shape the government layout of an undetermined future.

It is helpful to recall the institutional arrangement the new constitution is trying to overcome. Over the last 50 years, all power spheres of the Republic of Cuba converged in one office: the President of the Council of State. He was the head of state, the head of government and the Commander in Chief of the Armed Forces. His control over the Council of State also included broad legislative powers because it took possession of the authorities of the weak National Assembly. Evidently, this omnipotent office was tailor-made for the charismatic autocrat Fidel Castro who additionally held the office of the First Secretary of the Communist Party of Cuba.

The future Constitution of Cuba moves away from such a drastic accumulation of offices. It rather attempts to create a certain level of separation between the legislative and the executive branch. As a result, there are more constitutional organs with own powers.

The Legislature Under the New Constitution

The Legislature consists of the National Assembly and the Council of State. The National Assembly (Art. 97-105) is the weaker part within this branch. This body elects all other relevant officials and bodies of the state (Art. 104), including the Council of State, but it only meets twice a year for a couple of days (Art. 105 lit. b). Furthermore, the Assembly cannot rely on a strong democratic mandate: The vastly intransparent election process has proven to be particularly vulnerable to party influence and it remains unaltered.

The Council of State (Art. 115-119) is a collegial body. In between the few sessions of the National Assembly, the Council shall exercise the major part of the Assembly’s powers just as it does currently. For instance, the Council is empowered to pass legislative acts in place of the Assembly (Art. 117 lit. c).

The Executive Under the New Constitution

Within the executive branch, the proposal ordains a close linkage between the newly formed offices of President of the Republic, Prime Minister and the two collegial organs Council of Ministers and the Executive Committee.

The President of the Republic is the single most powerful office in the executive branch (Art. 120-127). Not only can they appoint the Ministers and the Prime Minister who then require confirmation by the National Assembly (Art. 123 lit. f). They also exercise the office of the Commander in Chief of the Armed Forces (Art. 123 lit. h). However, there are restrictions blocking them from assuming unlimited power. The President cannot serve for more than two five-year terms (Art. 121).

The Prime Minister is in charge of the government (Art. 135-139). Whether they are going to be able to liberate themselves from the President remains to be seen. In order to serve their agenda, the President will probably choose a loyal Prime Minister. Still, over the years the latter might become more independent through everyday executive experience.

The Ministers and the Prime Minister coordinate general administrative actions in the Council of Ministers (Art. 140). Its most important members gather in the much smaller Executive Committee (Art. 130), which is led by the President of the Republic (Art. 123 lit. v). This strong organ might turn out to be the true antagonist of the Council of State.

An important new feature, which does not exist under the current constitution, is Article 116. It forbids Members of the Council of State to also become a member of the Council of Ministers. Thereby, the most powerful legislators in the state are prevented from exercising executive powers. This indicates that the framers of the reform proposal indeed planned to introduce a meaningful separation of powers between the executive and the legislature.

Yet, the new constitutional setup still leaves a fair amount of mutual dependency between the two branches. The President of the Republic and the Council of State have to cooperate whenever they want to fill a cabinet position (Art. 117 lit. k). More dramatic, though, are the provisions ordaining both branches to check their counterpart’s decrees for potential contradictions with the constitution. On the one hand, the Council of State is authorized to suspend presidential decrees (Art. 117 lit. h). On the other hand, the President of the Republic is able to repeal legal acts of the Council of State (Art. 123 lit. m).

This setup is supposed to compensate for the absence of a last instance court, which could exercise judicial review. It thus paves the way for both the executive and the legislature to instigate a constitutional crisis. Although the current constitution contains comparable provisions, such drastic events did not take place. The power structure will nevertheless change under the new constitution and, as a consequence, might revitalize those provisions.

Neither Raúl Castro nor any other leader has offered a clear justification for the reform. After all, their motivation might be the following:

The political system as it existed under Fidel Castro and his brother is worn out. Even though he had big shoes to fill, Raúl Castro still presented a more or less viable successor. However, it remains unclear whether any other Cuban politician could take over the single leadership. Miguel Diaz-Canel took the positions of President of the Council of State and the Council of Ministers in April 2018. Yet, he did not play a big role in neither state nor party until 2013. Observers describe him as being groomed and influenced by his benefactor Raúl Castro.

Hence, the abolition of the omnipotent office in the center of the state might serve the purpose to prevent a power vacuum, which could set in motion a destructive succession battle. The system of mutual control, as described above, might have been conceived to force power elites to cooperate with one another.

There is quite a chance the proposition at hand might fail. If executive and legislative bodies neutralize each other, the Communist Party’s institutions could gain influence. Especially the First Secretary would become more powerful than he is now, if Raúl’s successor manages to occupy a powerful state office in addition to the party leadership. In this scenario the whole endeavor to balance out the state power structure would become pointless in the face of party interference.

But in case the new constitutional order should assert itself, the implementation of mutual control between executive and legislature might remedy an old defect in the system. The strict hierarchy in Fidel’s Cuba proved to have the same deficiencies as so many other one-man dictatorships: If even senior government officials are dependent on the blessings of the authoritarian leader, they will not defy him. This atmosphere lessens the quality of the decision-making process.

It is due to the diversity of perspectives and the openness of discourse that feeble arguments and poorly managed projects can be exposed and dealt with. Therefore, the reform of the constitution might actually affect the quality of Cuban leadership decisions in a positive fashion.

Admittedly, this shift only represents one small step in the right direction. Even under the new constitution, Cuba will continue to be an anti-pluralist one-party state which incarcerates political opponents and infringes upon the freedom of the press. As long as the Cuban leadership repudiates to permit real democratic participation, their reign will remain illegitimate.

Other posts about this region:
Kuba 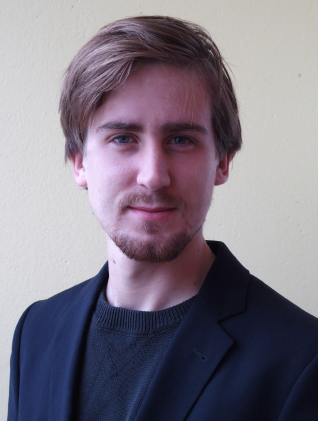 Hans Hosten Hans Hosten is a student of law at the Humboldt University of Berlin and a participant at the Verfassungsblog seminar of 2016. 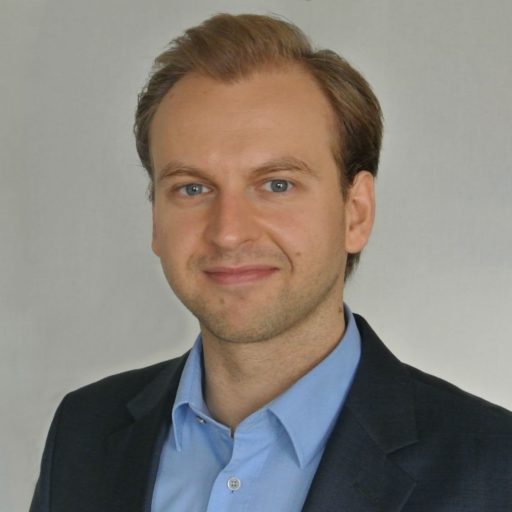 Other posts about this region:
Kuba No Comments Join the discussion
to receive information about new articles and services of Verfassungsblog.de. I know that I may withdraw my consent at any time. More information in the privacy policy.
Verfassungsblog complies with the new GDPR.
Read about it in our Privacy Policy. I opt-out
permanently of anonymized tracking via Google Analytics on Verfasssungsblog.de. This will create a cookie on your device to save your decision.
Go to Top