No Consensus – but Hope at Villa Vigoni

The Colloquium on the judgment of the Italian Constitutional Court (ICC) No. 238 of 22 October 2014 could hardly have been held at a more fitting venue. It brought together German and Italian lawyers from 11 to 13 May 2017 at the Villa Vigoni Conference Centre on the shores of Lago di Como, property of Germany devoted to cultural exchange between Germany and Italy. Recently, Villa Vigoni was seriously threatened by a legal mortgage obtained by one of the applicants who had been successful in suing Germany before Italian courts on account of damage suffered during World War II at the hands of the Nazi authorities. The ICC, following its sister institution Corte di Cassazione, had ruled that jurisdictional immunity of Germany could not be held against measures of constraint where the relevant claims arose from grave breaches of international human rights law. Accordingly, the ICC struck down the domestic law No. 5 of 2013 in the part that provided for the execution of the judgment of the International Court of Justice (ICJ) of 3 February 2012 that had found Italy in breach of the customary rule of jurisdictional immunity by entertaining such claims.

There have been other cases where a State and its courts have refused to comply with a judgment of the ICJ. The LaGrand case is particularly fresh in the minds of German lawyers. However, never before has such a refusal implied at the same time a head-on attack on a fundamental principle of the international legal order, jurisdictional immunity being an articulation of sovereign equality of States, stipulated in Article 2(1) of the UN Charter.

The central issue was whether the ICC’s rejection of the rule of jurisdictional immunity could be seen as another expression of a growing trend to uphold constitutional core values against requirements under international law. The Italian participants referred consistently to the jurisprudence of their judiciary of “controlimiti” in the field of European integration law, pointing out additionally that such refusal to accept unrestrictedly the European Union’s power was nothing else than a reflection of the German Federal Constitutional Court’s jurisprudence concerning the protection of the German domestic legal order’s identity. However, it eventually had to be admitted that no such general trend can be identified.

At first glance, it sounds eminently constructive to shield basic human rights against impairment by a dusty rule of the traditional interstate law going back to the 19th century. However, the ICC failed to show that indeed its new course would open up new avenues towards more justice in international relations. In fact, participants agreed that specific reasons would have been required to justify such a drastic derogation from a positive rule of international law authoritatively confirmed by the ICJ. It was also pointed out that immunity has an absolute character. A judicial body is either competent to look into the merits of a case or it is debarred from so doing. In this regard, no balancing can take place.

Many criticisms were addressed to the ICC although the Italian jurists present tended in their majority to acknowledge the concerns of the ICC.

The ICC proceeded from the assumption that the unsuccessful Italian victims had been denied the right to a legal remedy guaranteed by the Italian Constitution under Article 24. However, those who had taken their cases to the German courts, rising even up to the level of the Federal Constitutional Court, had been given a fair hearing. No complaints were ever raised as to the way the proceedings had been handled in Germany. Apparently, the ICC was of the view that only a successful remedy is an effective remedy, a view shared by some Italian participants. Yet this understanding of an effective remedy overstretches the scope of the concept. No claimant submitting her case to a judicial body enjoys a guarantee to win that case.

Critics of sentenza No. 238 argued that the ICC had failed to consider the inherent benefits of a system under which judges are compelled to refrain from exercising their powers vis-à-vis foreign States. Jurisdictional immunity, coming into play with regard to specific governmental acts (acta jure imperii), establishes stop gates where judges are warned that solutions of a dispute must be sought on the political level. As a rule, the solution to international disputes must be found by resort to international mechanisms of dispute settlement. Judges should be aware of the fact that their field of cognisance is limited. The foundations of a peaceful system of international relations must be laid by way of negotiation and conciliation, not by unilateral decision making.

What would indeed individual claimants gain by being encouraged to pursue their claims against Germany? It was almost certain that Germany would not voluntarily provide the amounts of compensation it might be ordered to pay, having been supported by the ICJ in its stance. Thus, unsubstantiated hopes would be aroused with no real benefit for the victims.

Those opposed to the judgment of the ICC argued further that the ICC, although emphasising the importance of remedies for the defence of a right, had failed to specify the rights which the Italian victims of war crimes could possibly have invoked. International humanitarian law, as it was in force at the time when the relevant breaches occurred, did not recognise individual entitlements to reparation. Under the Hague Convention No. IV of 1907, a right to reparation had indeed been provided. But that was a traditional right within the system of international law whose actors were only States. During the time of the German occupation of Italy, from September 1943 to May 1945, the doctrine of individual human rights under international law had not yet come into being. Since for the ICC the enforceability of individual rights was a matter of such paramountcy, it would have been required to indicate in specific terms which rights it had in mind.

Lastly, a considerable part of the discussion centred on the historical framework from which the alleged compensation claims arose. World War II found its legal conclusion at a first stage by the Potsdam Agreement of August 1945 between the three main Victorious Powers, the Soviet Union, the United Kingdom and the United States, and by the Peace Treaty which Italy had to conclude in 1947 with all of its former enemies. At Potsdam, the Allied Victors determined that Germany had to make good to the greatest possible extent the damage it had caused to other nations, by way of collective reparation measures, inter alia by the separation of roughly one fourth of its national territory, the land east of the Oder-Neiße-line. There was no question of additional compensation to specific individuals. Italy, on the other hand, having stood as co-aggressor for many years at the side of Nazi-Germany (until September 1943), had to renounce any claims against Germany or German nationals. This international framework cannot be left aside when considering the well-foundedness of claims against Germany. The Colloquium was unable to fully assess the implications of this background of the current dispute.

Many proposals were made on how the present stalemate could be overcome. Both sides attempted to come up with constructive suggestions. No consent could be reached on a formula copying the solution recently adopted by Germany with regard to Russian prisoners of war by affording the remaining Italian war victims with lump sum payments. Yet, a certain consensus emerged regarding the necessity of new negotiations that would need a clearly defined subject-matter, thus avoiding the danger that matters already settled in 1961 could be reopened again. Many speakers favoured the establishment of a common fund financed mutually by Italy and Germany where Italy should push ahead with providing its quota.

The participants agreed that in the long run the world needs suitable mechanisms for bringing conflicts that had a devastating character like World War II or the present conflict in Syria to a fair and equitable end. It should not be left to the victor to unilaterally dictate the conditions of peace. Some measure of objectivity and fairness should be introduced into each peace-making process. One could well imagine a more structural role for the UN Peacebuilding Commission that to date has only an advisory role. 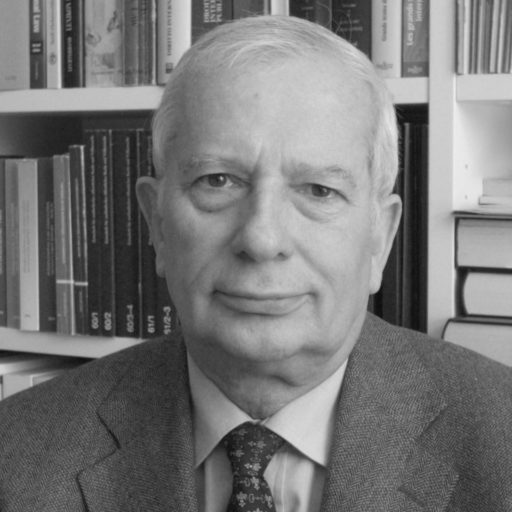