No Institutional Upheaval in Sight in Italy

On 13, October the newly elected chambers of the Italian Parliament will assemble. They will elect their chairs, parliamentary groups will be composed, the President will hold consultations, and by the end of October, Italy should have a new government that will present itself in both houses of Parliament for the initial vote of confidence. Business as usual, one might think, if it weren’t a right-wing government led by the triumphant winner of the September 25, 2022 elections, Giorgia Meloni, leader of the „Fratelli d’Italia“ (the name is already a program), young by peninsular standards (45 years old), a long-time militant on the uttermost right end of the political spectrum. In 1995, when her predecessor Gianfranco Fini with the so-called „Fiuggi turn“ (the little Bad Godesberg of the Italian Social Movement, openly nostalgic) abandoned all ideological references to fascism, she was 8 years old.

There is a lot of curiosity (as well as a lot of suspicious skepticism) about what her government and majority will want to do: because while it is true that the right has already governed Italy with the those very same parties, it is also true that the context has changed a lot. First of all, in 1994, 2001, and 2008 the major party of the coalition was Berlusconi’s (moderate right, EPP in Europe) Forza Italia, whereas today it is Fratelli d’Italia (extreme right, ECR in Europe) that will dominate the government. Second, populist right-wingers around the world (Trump, Kaczyński, Orbán…) have acquired a totally different assertiveness and won elections in recent years.

Here, I try to analyze the perspectives in the constitutional field.

Indeed, the outgoing group leader of the Fratelli d’Italia, Francesco Lollobrigida (no relation to the famous actress, but husband of Giorgia’s sister), already said yesterday, «the Italian Constitution is beautiful, but it is seventy years old and perhaps there is something to improve».

One should not be surprised. On the one hand, it is true that constitutional reform, with particular reference to the parliamentary regime, has always been a workhorse of the Italian right: but it is also true that for almost 40 years, in theory, there has been a broad consensus among most Italian political forces that the second part of the Constitution, the organizational part (Articles 55-138), should be reformed. Of course, as we say in Italy, «between saying and doing there is a middle ground». Parliament tried this in 1983, 1992-94, 1997-1998 without results. Then it even passed two organic reforms in 2005 and 2016, one by the center-right (Berlusconi), one by the center-left (Renzi): but the electoral body, in both cases successfully mobilized by the opposition at the time, rejected them.

The effects of this inconclusiveness can be seen: governments that remain unstable, growing disaffection and abstentionism among voters, and electoral volatility unknown in other stable democracies. Sure: the duration of governments has almost doubled since 1994. But Italy is still the country in which the last two legislatures, from 2013 to the present, have seen 6 governments succeed each other. Above all, the 18th legislature saw something absolutely unprecedented in the history of parliamentary regimes: the alternation of two governments based on opposing alliances (Five Star with Lega, the extreme right, and Five Star with Pd, the social democratic left), but led by the same Prime Minister (Professor Giuseppe Conte). Finally, the 18th ended with 20 months of government led by a highly esteemed technocrat, Mario Draghi, with the support and participation of all parties except Fratelli d’Italia (the fourth such experiment since 1993: Ciampi, Dini, Monti, Draghi). Unsurprisingly, electoral participation dropped by another 9 points to 64 percent. With these credentials, talking about a healthy democracy would indeed seem like a stretch, and anything but surprising if someone timidly takes up the subject of constitutional reform.

It should also be added that the 18th legislature saw, in spite of everything, as many as four changes to the Constitution: the drastic reduction of parliamentarians (House from 630 to 400, Senate from 315 to 200 elected members), universal suffrage in the Senate (previously one had to be 25 years old to vote!), the introduction of the protection of the environment, biodiversity and animals, and the provision of the goal of removing the disadvantages that derive from living on an island (sic).

In fact, the programs presented by the parties (and duly filed as the law requires along with the party’s bylaws and candidate lists) on institutional matters are very meager, even more so than in relation to other issues. The four parties that won the elections (Fratelli d’Italia, Lega, Forza Italia and Noi moderati, a small Catholic center formation) presented a common program (and this is to their credit). It envisages three points: the direct election of the president of the Republic (without any further specification), the devolution of additional competences to the Regions which might request them, and a reform of the judiciary, separating the careers between judges and prosecutors and reforming the Higher Council of the Judiciary (this point is also mentioned in the opposition programs).

In the coalition around the Pd, on the other hand, each party presented its own program. The Pd’s listed: electoral reform, regulation of political parties along the German model, introduction of constructive no-confidence (Misstrauensvotum), rules against MPs switching from one group to another. In the program of the Green-Left Alliance (the second party in the defeated coalition) there was absolutely nothing. In the M5S program, alongside proposals shared with the PD (constructive no-confidence and norms against MPs switching from one group to another) there appeared a cautious strengthening of the prime minister (with the power to remove individual ministers), limitations on law decrees, voting for 16-year-olds, and the introduction of the two-term limit for all MPs. Finally, the Azione/Italia viva program, in addition to the regulations on the judiciary, included – in essence – a re-proposition of the Renzi reform, combined with the introduction of the so-called „mayor of Italy“, that is, the transposition to the national level of the form of government in force successfully at the municipal and regional levels (voters would choose not the president of the Republic, but the premier and his majority).

The only proposals briefly discussed in the election campaign were those related to the election of the head of state and that of the „mayor of Italy“: but without any technical insight and resorting to the usual slogans, pro and con, that have been slavishly repeated for 40 years.

What are the prospects that in the 19th legislature the new majority will succeed in achieving reforms on the constitutional level? First, let’s look at the numbers.

The majority should count on at least 238 out of 400 seats in the House and 115 out of 200 elective seats in the Senate (where there are life senators who will not matter significantly). In any country these are very solid majorities. In Italy this is not the case: there is a practice according to which it is up to the majority to ensure that 50% + 1 members of each Chamber is present at all times in order to do business: this is not always easy because numerous majority parliamentarians do double duty by joining the government. These could be up to 65. Were they, say, 30-40 MPs and 10-20 senators (the others members of the Cabinet being not MPs) the gap between majority and opposition is likely to narrow. All in all, if the right-wing coalition stays compact, filibustering should not be a big problem.

In any case, for constitutional changes, Art. 138 requires either an absolute majority of half plus one of the components, potentially followed by a referendum (comma 1) or a two-thirds majority (and no referendum, comma 3). The two-thirds majority is 267 in the House and 137 in the Senate. This means that the Meloni majority falls 30 votes short in one chamber and 22 in the other. With the precedents of 2006 and 2016, it is unlikely that a Meloni government would want to impose major reforms risking to be defeated in a referendum (this can be called by one fifth of the members of each chamber, 80 deputies and 41 senators: half of the opposition would be sufficient).

If we add to these data the general context in which the 19th legislature is taking off – inflation, energy crisis, epochal issues connected to climate change, Russian aggression against Ukraine, urgency of implementation of the NextGenerationEU, the Italian public debt that is always very high – it seems hard to me to imagine anything other than a bit of propaganda agitation in institutional matters. There would be areas in which a bipartisan approach should bear fruit (the judiciary, for example) but it is hard to believe that the mutual distrust will be overcome any time soon: the left-wing opposition in particular I doubt wants to engage. With the centrist Azione/Italia Viva party, however, it is a different matter: that is the part of the opposition that could open up to a dialogue with the majority if the latter has the intelligence to seek it, but that will not happen anytime soon, either (not to mention that even with their support a two-thirds majority would not be reached). After all, there are still a few years to go before the traditional decade is up that in Italian political history has always passed between one reformist failure and another…

There is only one major issue that will definitely need to be addressed in the coming months and weeks: the revision of the House rules, which have not been updated after the reduction of seats (unlike the Senate where the new rules take effect on October 13). In particular, there are aspects that must be re-regulated, such as the minimum number of members of each parliamentary group (the figure is still 20), the number of parliamentary committees (there are still 14), rules to discourage switching from one group to another or forming a new one during the legislature, in defiance of the lists on which one was elected. On all this, because of the urgency of the moment but also because of a common interest of the groups to be formed (most likely six in the House and six in the Senate), a positive outcome should be possible in a reasonably short time.

For everything else we will have to wait until there are legislative drafts or other texts that we can sink our constitutionalist teeth in. 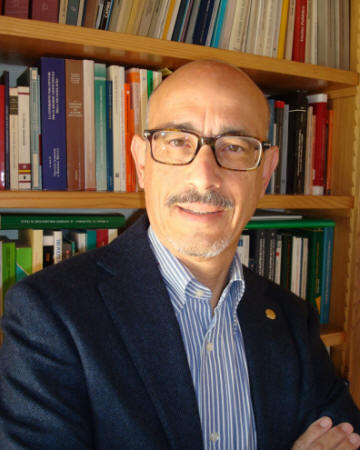