With Russia’s war against Ukraine not being the Blitzkrieg that Putin had planned for, there has been discussion that we are entering a new Cold War. With the historic sanctions imposed on Russia, the West and other states are detangling themselves from Russia, economically and politically. One can safely assume that even a military victory over Kyiv won’t end these sanctions as the West never lifted the sanctions imposed after Russia’s occupation of Crimea.

During the Cold War, legal development was dependent on political agreement. Treaties and UN resolutions were, by necessity, “carefully crafted compromises”. The world was, to use the Western parlance of the time, divided into three blocs: the Western “First World”, socialist “Second World” and non-aligned “Third World”. As no bloc held a decisive majority, no legal development could occur on the international level without cooperation and compromise between the major influencers like the U.S. and Soviet Union. For example, there is no right to property in either human rights covenant, despite being in the Universal Declaration of Human Rights, as the Soviet Union opposed its inclusion.

In recent years, Russia, as well as China, have presented a differing view of international law than what scholars consider as mainstream. The different stances have come to light on some occasions, e.g. Russia’s Constitutional Court claiming it has the power to declare certain judgments of the ECHR as “impossible to implement”, the legal duty of the state to protect society from “non-traditional” (e.g. LGBTI) views, and Russia’s self-serving view on the validity of the referendum of Crimea to join Russia.

The best culmination of an alternative worldview on international law was articulated in the 2016 Joint Declaration by Russia and China on the Promotion of International Law. Op-eds at the time did a good job analyzing the document. In short, the 10-point document aims to present Russia and China as staunch supporters of international law, but of their understanding of international law. For example, both states have emphasized the principles of Article 2 of the UN Charter as fundamental principles of international law. Specifically, the document emphasizes the importance of sovereign equality (para. 2), non-intervention in the internal affairs of states (para. 4), and the immunity of the property and officials of states (para. 8). More controversially, the document states that unilateral sanctions are a practice of “double standards” and that unilateral coercive measures are not based on international law (para. 6). Paragraph 4 will come back to haunt Russia: “[Both states] condemn as a violation of [the non-intervention principle] any interference by States in the internal affairs of other States with the aim of forging change of legitimate governments.” This was most likely addressing the US invasion of Iraq and toppling of the Saddam Hussein government in 2003.

While it is obvious that Russia cannot justify their invasion of Ukraine on the basis of international law, it is still notable that Russia cannot even justify it based on its own interpretation of international law. Putin has stated that his goals are to “demilitarize and denazify Ukraine”. In other words, he is interfering in the internal affairs of another state with the aim of forging change of a legitimate government. No one can argue that a state cannot decide its own level of militarization. Putin’s only defense could be to refer to paragraph 4 by claiming that Zelensky’s government is not legitimate. Russia’s propaganda does just that, calling it the “Kyiv junta”. However, this argument would have been stronger in 2014, right after the Maidan revolution. Since that time, Ukraine has had two parliamentary and presidential elections (Ukraine uses a semi-presidential system). In both presidential elections, the winner won by an outright majority, and in the last parliamentary election, current president Zelensky’s party won an outright majority. There is no reasonable claim to say that the current government is not legitimate.

It is almost too ridiculous to discuss Putin’s narrative of “denazification”, but it can and should be rejected. In the 2019 parliamentary election, a group of right-wing nationalist parties came together to form a united list. In the end, they received 2.25% of the vote, which is not even close to the 5% threshold needed to join parliament. President Zelensky made a speech directed toward Putin asking how he, whose family fought against and suffered from Nazis, could be a Nazi himself. While there are fascistic elements within the military (e.g. the infamous Azov battalion of fewer than 1000 soldiers), there is no way Ukraine can reasonably be called a Nazi state.

This lack of consistency in regard to Russia’s own views of international law is, however, not surprising to anyone paying attention to current events. The occupation of Crimea and the recognition of the Republics of Donetsk and Luhansk were done with national interests in mind; Putin’s utilization of international law is merely a fig leaf for his actions, which are purely driven by geopolitical interest. In fact, Putin’s actions are so brazen that hardly anyone has given his stance any legitimacy.

Not even China is supporting Russia’s legal position. The Ministry of Foreign Affairs published its view on the matter, stating that China supports the concept of territorial integrity and that the situation regarding Ukraine was “clear-cut”. However, while rejecting Russia’s legal position, it does signal some political support for Russia, e.g., by criticizing NATO expansion.

Although Russia does have some geopolitical support, it is not comparable to the “Second World” that existed during the Cold War. During the Cold War, the Western “First World” had about 30 members, while the “Second World” had only about 15 (noting that the entire Soviet Union counted as a single state). In contrast, the UN General Assembly resolution on 2 March 2022 demanding an immediate withdrawal of Russian forces from Ukraine was co-sponsored by 90 nations and supported by 141. 35 nations abstained and only five opposed the resolution, those five against being: Belarus, North Korea, Eritrea, Russia and Syria. This is much worse for Russia than the 2014 General Assembly resolution calling upon states to not recognize the Crimean occupation, where 100 countries were in favor, 58 abstained and 11 opposed. The 35 abstentions in the 2 March resolution include heavyweights like China and India, but these abstentions do not signal strong support for Russia waiting in the wings. Multiple states that are supposedly aligned with Russia, like Armenia and Kazakhstan, abstained. Azerbaijan, which signed an agreement the day before the invasion to form an alliance with Russia, did not vote. Impactful countries like China and India will continue to engage with Russia, but only small, weak client states are aligning themselves with Russia.

Frankly, Russia is out on a limb by itself. Russia’s actions are not consistent with its own views on international law, delegitimizing any legal position it claims to hold. In contrast to the Cold War, Russia does not have broad geopolitical support to rely on either. It is effectively alone and won’t be able to push legal developments in a direction that it favors. Of course, Russia is not powerless. Its veto in the Security Council will constrain the institution for the foreseeable future. At best, Russia can hinder the progress of international law. It cannot stop it. 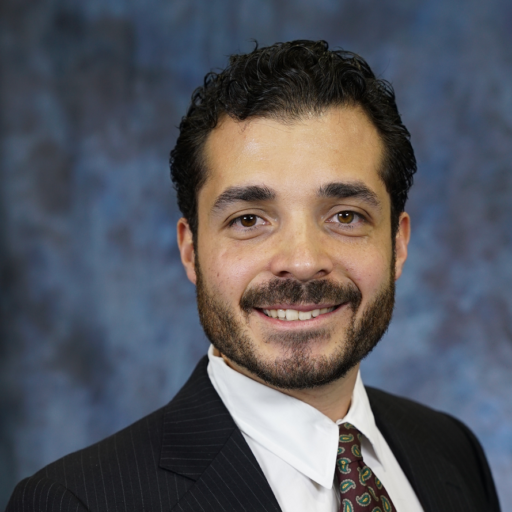 Other posts about this region:
Ukraine 1 comment Join the discussion
Go to Top