Last Tuesday, the Polish Constitutional Tribunal delivered a ruling which makes the extent of the crisis of the rule of law in Poland unambiguously clear. And it shows how the gap with Europe is widening day by day.

Tuesday’s ruling is part of a much larger story. But for the sake of convenience we start early May. In the case of Xero Flor v. Poland, which was already reported on Verfassungsblog, the applicant complained of a judgment of the Polish Constitutional Tribunal that was delivered by a bench that included an illegally appointed member. His appointment in 2015, and that of several others, was contrary to the applicable Polish law, as had already been established by the Constitutional Tribunal in its former composition. However, the Polish authorities had deliberately ignored the relevant rulings, as well as the numerous protests made by European and international bodies. The whole course of events led the European Court of Human Rights to the unanimous conclusion that Article 6 ECHR had been breached.

2.2 In the opinion of the Constitutional Tribunal, the ECHR’s judgment of 7 May 2021, insofar as it relates to the Constitutional Tribunal, is based on theses that demonstrate a lack of knowledge of the Polish legal system, including the fundamental principles governing the position, system and role of the Polish Constitutional Tribunal. In this respect, the judgment was issued without a legal basis, exceeds the competence of the ECHR and constitutes an unlawful interference with the national legal order, especially in matters which are outside the competence of the ECHR; for these reasons, it must be considered a non-existent judgment (sententia non existens).

This is unheard of. Like an ostrich, the Constitutional Tribunal is burying its head in the sand: this Strasbourg judgment does not exist. And that is not the only thing that is being buried. Poland’s position as a High Contracting Party to the ECHR is also at stake.

Of course, opinions may differ on the Strasbourg ruling in Xero Flor. A procedure has been devised precisely to address such differences of opinion: Article 43 ECHR allows Poland to request, until 7 August, that the case be referred to the Grand Chamber. If the request is granted, the Polish government will have ample opportunity to explain why it believes that the Chamber ruling in Xero Flor was wrong and should be reversed. Indeed, the Constitutional Tribunal could have said that the Xero Flor judgment is not final yet and that, consequently, it could be ignored for the time being. That would not be very convincing, but at least it would have been a way out. Yet that is not at all what happened here. The Constitutional Tribunal opted for an equally boorish and malicious variant of the Weiss ruling by the Bundesverfassungsgericht, in which the German constitutional court ruled that a judgment of the EU Court of Justice was ultra vires. As might be expected, that precedent – conveniently stripped of all nuance – has now been gratefully seized upon. And behold: the sorcerer’s apprentice surpassed his master. It was not enough to say that the judgment was not applicable in the domestic legal order, as the German constitutional court had done: Xero Flor is proclaimed, with an impressive Latin formula, non-existent.

This incident occurred in a wider context which serves to illustrate the gravity of the situation. The case at hand, case P 7/20, deals with another thorny issue: the functioning of the Disciplinary Chamber of the Supreme Court. In October 2019, the European Commission had initiated infringement proceedings against Poland for introducing a new disciplinary law for judges. In the context of these proceedings the Court of Justice of the EU ruled in April 2020, as an interim measure, that the newly established Disciplinary Chamber should not, for the time being, rule on disciplinary cases against judges. According to AG Tanchev, whose Opinion in this case was published on 6 May, the Commission’s action is well-founded. The Court’s judgment is expected on 15 July, and it seems safe to assume that Commission will win the case, also taking into account the Court’s earlier preliminary ruling of in the A.K. case.

But for the time being, the government loyalist camp is not giving an inch. In September 2020 the Disciplinary Chamber itself had already taken the liberty to ignore the A.K. ruling, arguing that the referring court – another chamber of the Supreme Court – had exceeded its remit. A sort of constitutional cancel culture has developed, whereby judges from both camps deny each other’s existence and ignore each other’s rulings. This habit now extends to the European courts, as illustrated by the Constitutional Tribunal’s annihilation of the Xero Flor judgment. And this brings us back to case P 7/20. In this case the Constitutional Tribunal was called upon to declare the Luxembourg interim measure of April 2020 unconstitutional; it declared a Strasbourg judgment non-existent in the process.

And that is not even the whole story. Adam Bodnar has challenged a second judge in the same case P 7/20. This concerns Krystyna Pawłowicz, a former parliamentarian from the ruling party PiS, who nowadays calls herself a judge of the Constitutional Tribunal. Bodnar accuses her of bias because of a Twitter message in which Pawłowicz wipes the floor with the Vice-President of the Court of Justice of the EU:

The occasion for this rant is yet another case – are you still with me? This time it is the Czech Republic that is taking Poland to the Court of Justice. The issue at stake is the Turów lignite mine which is causing large-scale environmental pollution. When, at the end of May, the Court, through its Vice-President, did indeed impose interim measures on Poland, Mrs Pawłowicz had apparently had enough. Incidentally, Visegrad partner Czech Republic is now also experiencing how Poland relates to the European legal order: early June it asked the Court of Justice to impose a fine of EUR 5 million per day on Poland for non-compliance with the measures imposed.

Well, back to case P 7/20: Adam Bodnar sees reason for fearing that Pawłowicz cannot rule without bias on the Luxembourg interim measures concerning the Disciplinary Chamber. In his challenge, he also cites other statements by Pawłowicz, in which she allegedly describes the Vice-President of the EU Court as a „saboteur“ who is involved in a „scandalous plot against Poland“. In doing so, she is in perfect harmony with politicians such as former Foreign Minister Waszczykowski, who spoke of „the ideological war on the rule of law“, or Justice Minister Ziobro, who last year described Commission President Von der Leyen’s State of the Union speech as an „attack by European elites on Polish democracy“.

A ruling on Bodnar’s second challenge is yet to come. But this growing tangle of procedures already makes a few things clear. First of all, someone who apparently considers herself to be a member of one of the highest courts in the EU Member State Poland does not shy away from populist statements that show a complete lack of respect for the Union and for European law. Secondly, the same attitude is now evident in formal decisions by the Constitutional Tribunal. It blatantly disregards a judgment of the ECHR: sententia non existens. Thirdly, with the decision of 15 June 2021, the Constitutional Tribunal has burned all ships behind it. If anyone was still hoping that the illegally appointed members would withdraw as a result of Xero Flor, it is now unambiguously clear that there will be no such compromise. Fourthly, if the top of the legal pyramid feels free to ignore European law, the basis for mutual trust between the EU Member States is destroyed. How can, for example, judges of the other Member States still be expected to cooperate? There is now a website in the making that will allow you to find out which Polish judge is or is not a ‘true’ judge. But that is obviously no way to proceed in practice. Finally, even the greatest appeaser will now have a hard time denying that the attempts to engage in a dialogue with Poland have mainly been a waste of time.

What to do with the Xero Flor deniers? That seems clear. If the Committee of Ministers of the Council of Europe lets this pass, it will not only be a blow to the authority and effectiveness of the Strasbourg Court. Then the guardians of the rule of law will have surrendered even faster than we thought. 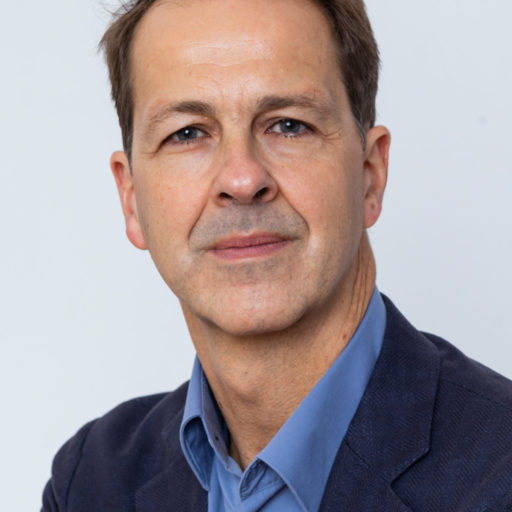 Other posts about this region:
Europa, Polen 2 comments Join the discussion
Go to Top