Not Above the Law

In the joined cases EMA and ELA on the determination of EU agencies’ seats, a decision of the EU-Court is pending very soon. According to AG Bobek’s opinion, delivered on 6 October 2021, the decisions that the governments of the Member States take by mutual agreement for determining the seats of the European agencies seem to fall outside the EU Court’s judicial review. Following the Sharpston-Council orders, which declared the former British Advocate General’s action against the appointment of a new AG inadmissible, there seems to be a pattern of refraining from judicial review of intergovernmental decisions.

I will say right away, in a tweet-fashion, that I cannot agree with this solution. The Court has the duty to assure the effective judicial protection also in relation to intergovernmental decisions when they do not respect the institutional balance as in the present case.

Determining the seats of the institutions and agencies: two different procedures

In November 2017, the governments of the EU Member States selected Amsterdam as the new location for the seat of the European Medicines Agency (EMA) instead of London. In June 2019, they decided that the newly founded European Labour Authority (ELA) would have its seat in Bratislava. The Italian Republic, the City of Milan and the European Parliament challenged these decisions before the European Court of Justice. According to AG Michal Bobek, however, he Court has no jurisdiction under Article 263 TFEU over intergovernmental decisions, as these decisions are taken “outside the framework of the Treaties“ (paragraph 173).

There is no specific provision of EU law on the seats of European agencies similar to that of Article 341 TFEU, according to which “the seat of the institutions of the Union shall be determined by common accord of the governments of the Member States”. And contrary to the Council’s opinion, Protocol No. 6 did not extend the scope of Article 341 TFEU to include the location of the seats of agencies. Unlike all the other 36 Protocols annexed to the Treaty (the introductory line of which is „The High Contracting Parties … have agreed“), Protocol No. 6 begins with the words „The representatives of the Governments of the Member States“, i.e. legal entities which, in principle, are not entitled to adopt Protocols or amend or interpret the Treaties. Protocol No. 6 therefore remains a mere implementation act pursuant to Article 341 TFEU and can in no way constitute an appropriate legal source allowing for an extensive interpretation of this article to include the location of the agencies.

The general competence for establishing European agencies is entrusted, on a sector-by-sector basis, to the European Parliament and the Council, as EU lawmakers, and, in a specific case, solely to the Council. Article 45 TEU, states specifically that the „statute, seat and operational rules” of the European Defence Agency are established by the Council and, therefore, not by the governments of the Member States (see, in this regard, also the current Articles 85(1) and 88(2) TFEU on Eurojust and Europol).

The set-up of the EU institutions: an inter-governmental or a European matter?

Taking a look at the Sharpston-orders can help to understand the classification problem of intergovernmental decisions in the EU. Here, too, the Court of Justice has declared itself not competent because the decision to appoint members of the EU Court appeared to have been taken outside the framework of the Treaties.

Ever since the Maastricht Treaty, the authority to appoint the members of the institutions has moved from national governments, whose power was originally recognized under the ECSC and EEC Treaties, to the EU institutions, which have gradually been empowered of the relevant appointment procedures at an “EU level”. Today, only the members of the European Council and the Council of the European Union are appointed at national level. The appointments of members of all the other institutions are exclusively of „EU origin“, i.e. decided by the competent European institutions.

Alas, all the others except for one: the Court of Justice. The members of the EU Court and the EU General Court are appointed through intergovernmental decisions. The members of the specialised courts are, instead, directly appointed by the Council, as an EU institution (see Art. 257 TFEU).

The Masters of the Treaties, with the expression “by mutual agreement” in Article 255 TFEU, did not intend to leave the power to appoint the members of the EU Court or the Commission to the free will of their governments. Article 253 TFEU, for instance, currently provides that “every three years there shall be a partial replacement of the Judges and Advocates-General”. Exactly a three-year term! Not one that suits the respective governments best.

„The Community is a legal order and not a mere arrangement founded on convenience“, stated Robert Lecourt, the eminent president of the EU Court, back in 1976, pointing his finger at certain governments lagging behind. Indeed, „the institutional provisions of the Treaties [those relating, in this case, to the appointment of the EU judges], and the dates when they are to be applied are binding and leave no room for discretion“. 1)

The same, I would say, applies to the decision on the seats of the institutions.

In the process of fulfilling these obligations by mutual agreement, national governments are therefore acting “collectively”, i.e. in their own name and on behalf of the Masters of the Treaties, although in the exclusive interest of the Union. In this regard, these decisions are „atypical Union law acts“.

In its  Post-Chernobyl judgment of 1990,  the EU Court, reversing its own initial case-law, stated that judicial review was required to „ensure preservation of the institutional balance”, because this entails protecting the prerogatives which the Treaties expressly have conferred on each of the institutions (paragraphs 21-23). Thus, „the absence in the Treaties of any provision giving the Parliament the right to bring an action for annulment may constitute a procedural gap, but it cannot prevail over the fundamental interest in the maintenance and observance of the institutional balance laid down in the Treaties“ (paragraph 26).

In the Sharpston, EMA and ELA cases, the acts challenged before the Court were not acts by the institutions, as in Post-Chernobyl, but decisions taken, upon common accord, by the national governments. But even considering this important difference, I believe that our jurisprudential framework remains unchanged, which means that these inter-governmental decisions are also subject to judicial review when they do not respect, prima facie, the institutional balance.

Let’s suppose that the governments of the Member States were to appoint, upon common accord, not only some judges of the EU Court or of the EU General Court (articles 253 and 254 TFEU), but, during the same intergovernmental meeting, also certain judges of a specialised court.

The difference is obviously not formal. The decision to appoint the judges of a specialised court is a decision of the Council, as such, and must be subject to an action for annulment pursuant to Article 263 TFEU. On the contrary, any “all-in-one” appointment decision by the national governments would not, at least on paper (or according to the nomen auctoris criterion), be included among the acts specifically provided for by that article.

The EMA and ELA cases are not much different.

In these cases, the national governments have in fact decided to set up the seat of two EU agencies despite Article 341 TFEU verbatim providing such power only for determining the seat of the EU “institutions”.

In these cases, the institutional balance has clearly not been observed, the Post-Chernobyl judgment so dixit.

Ultimately, the national governments, acting in compliance with the obligations referred to in Articles 253 and 341 TFEU, i.e. in “the fields covered by Union law” (Article 19 TEU), are fully subject to the EU Court’s complete judicial review process. And, in that context, it belongs only to the EU Court to ensure the crucial “effective judicial protection” (Article 19 TEU) against breach of the institutional balance at stake. Otherwise, such decisions would be deprived of any kind of judicial review, since no other Court, whether national or international, such as the European Court of Human Rights, could legitimately hold jurisdiction over the legality of EU collective national governments acts.

This same conclusion shall also be drawn in cases where such governments surreptitiously „claim“ entitlement to act under Article 341 TFEU when it comes to setting up the seat of an agency, when in fact this is a prerogative, jure Unionis, of the competent institutions of the Union.

In the interest of the Union

Observance of the institutional balance is a general rule designed to ensure the proper functioning of the entire system for the distribution of competences created within the Union’s legal system. Accordingly, “any breach of that rule” hast to be subject to a sanction by the EU Court for the purpose of ensuring an “effective legal protection”, notwithstanding any procedural shortcomings of Article 263 TFEU.

Ultimately, the combination of these two factors –  observance of the institutional balance and effective judicial protection – also strengthens the legality of Article 253, 254 and 341 TFEU decisions taken by common accord by the national governments which, in Union law, cannot constitute “les faits du prince”, as, on the contrary, they are acts taken in the exclusive interest of the Union and which must therefore be adopted in compliance with rule-of-law and democracy values on which the entire legal structure of the Union is built. 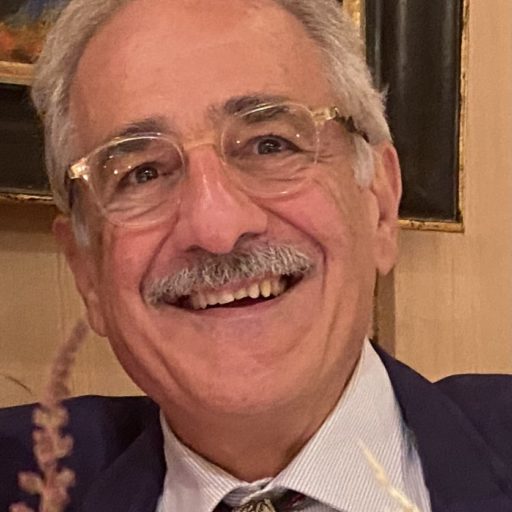