Most EU lawyers have already seen it looming on the horizon: On 16 June 2021, former Advocate General (AG) Eleanor Sharpston lost the legal dispute against her former employer, the European Court of Justice (CJEU). The CJEU confirmed that the General Court (GC) had not erred in holding that acts adopted by the representatives of the governments of the Member States are not amenable to judicial review by EU Courts. Although the outcome in this regard was predictable, the decision is overall somewhat unsatisfying. Indeed, the case gives rise to a number of interesting questions of EU primary law regarding the AGs’ legal status and mandate. Commentators have eagerly discussed these questions on this Blog and elsewhere; some of them questioning the lawful composition of the CJEU. What it all boils down to, is the question as to whether the AGs’ mandate is necessarily tied to the nominating Member State. The CJEU seems to be of that opinion in finding that Sharpston’s mandate ended automatically (ipso iure) with the United Kingdom’s withdrawal from the EU in accordance with Article 50(3) TEU and the Withdrawal Agreement. The Court does so without revealing its legal considerations and interpretation of EU primary law in its reasoning.1)

A Short Walk Down Memory Lane

Eleanor Sharpston served as AG, nominated by the government of the United Kingdom (UK), from 2005 to 10 September 2020. Her mandate would have ended on 6 October 2021, had it not been for the UK’s withdrawal from the EU. Indeed, the UK’s upcoming withdrawal from the EU triggered a string of events, resulting in – according to Sharpston – the premature end of her mandate: On 29 January 2020, the Conference of the Representatives of the Governments of the Member States adopted a declaration on the consequences of the withdrawal of the UK for the AG of the CJEU. In this declaration, the conference reiterated that the Treaties would cease to apply to the UK from the date of entry into force of the Withdrawal Agreement pursuant to Article 50(3) TEU. In addition, the Conference held that, consequently, the mandates of the members of institutions, bodies, offices and agencies of the Union who were nominated, appointed or elected in relation to the UK’s membership of the EU would end with Brexit. The permanent post of AG which was assigned to the UK on the basis of a declaration of the Member States attached to the Act of Accession of 1995 would subsequently become part of the rotation system.

On 1 February 2020, the UK’s withdrawal became effective. The President of the Court of Justice initiated the procedure to fill the vacancy and noted that “[p]ursuant to Articles 5 and 8 of the Statute of the Court of Justice of the European Union, the Advocate General who is currently occupying the post will continue to hold office until her successor takes up his or her duties.” As a result, Sharpston continued to serve as an AG until the appointment of a new AG by virtue of a Decision of the representatives of the governments of the Member States on 2 September 2020.

On 7 April 2020, Sharpston brought actions for (partial) annulment in accordance with Article 263 TFEU against the Declaration on the consequences of the withdrawal of the UK for the AG and, on 4 September 2020, against the Decision appointing three Judges and one AG, in so far as it concerns the appointment of the AG. In addition, Sharpston initiated proceedings for interim measures. These proceedings resulted in the partial suspension of the Decision by means of a temporary injunction, thereby delaying the inauguration ceremony. This temporary injunction was set aside by the Vice President of the Court of Justice, essentially arguing that actions for annulment against acts of the Conference of the Representatives of the Member States were prima facie inadmissible (see Cases C-423/20 P(R) and Case C-424/20 P(R)). Both actions for annulment were subsequently dismissed by the GC as manifestly inadmissible on 6 October 2020 (see Cases T-180/20 and T-550/20). Sharpston lodged appeals against the GC’s orders. On 16 June 2021, the CJEU dismissed both appeals as partly manifestly inadmissible and partly manifestly unfounded.

The Predictable: Thou Shall Not Pass

As regards the appeals’ inadmissibility, the CJEU holds that Article 263 TFEU is – by design and the drafter’s intention – a legal remedy that allows the EU Courts to review acts of EU institutions, bodies, offices or agencies of the EU intended to produce legal effects vis-à-vis third parties. Nothing more and nothing less. If the representatives of the governments of the Member States do not act in their capacity as members of the EU Council, their acts will not face scrutiny by EU Courts. The representatives of the governments of the Member States are neither an institution pursuant to Article 13 TEU, nor a body, office or agency of the EU.

The CJEU’s finding in this regard was predictable, given the restrictive, but clear wording of Article 263 TFEU and the previous case law. It would have been possible – with some limitations – to conceive the representatives of the governments of the Member States as a “body” or “agency” of the EU for the purposes of Article 263 TFEU (see, for instance, Kochenov/Butler). Gabriel rightly notes, however, that this somewhat artificial arrangement would still meet some challenges, given the fact that the “Conference” is established on an ad hoc basis for a specific purpose and, as such, is not a permanently existing body that could be sued without further ado. What is more, the Member States seem to have deliberately chosen to not confer the powers to appoint AGs onto an organ or institution of the EU. Indeed, it appears that they wanted to “immunise” these (largely political) decisions from EU Courts’ scrutiny and the EU’s institutional framework altogether.

The Unsatisfying: Automatic End of Mandate

In her appeals, Sharpston asked the CJEU to nevertheless “claim jurisdiction” in order to, first of all, declare the Declaration of 29 January 2020 an ultra vires-act. Second, she asked the CJEU with regard to the Decision of 2 September 2020 to assess the legality of the appointment of a new AG, in so far as the withdrawal of the UK did not have the effect of ending her mandate.

The CJEU reiterates in this respect, that both the Declaration and the Decision are non-reviewable acts under Article 263 TFEU by reason of their authorship. In addition, the CJEU notes that both acts are incapable of producing legal effects adversely affecting Sharpston. Indeed, the CJEU is of the opinion that the Declaration as such is a merely declaratory act, in so far as Sharpston’s mandate ended ipso iure on 1 February 2020 as a direct consequence of Brexit. Consequently, the Decision of 2 September 2020 could not have any adverse legal effects for Sharpston (see, inter alia, C-684/29 P para 48: “[…] the Conference of the Representatives of the Governments of the Member States merely took note of the consequences necessarily entailed by the departure of the United Kingdom from the European Union.”). Long story short: the mandate of an AG that has been appointed by a Member State deciding to leave the EU ends automatically in accordance with Article 50(3) TEU.

This answer is somewhat unsatisfying. The reason is that the legal situation on the basis of EU primary law is not necessarily as straight forward as purported by the Court. It is true that, pursuant to Art 253(2) TFEU, the legal status of judges and AG at the Court is to a large extent the same. There are, however, some fine differences: While the English language version of Article 19(2) TEU clearly states that the CJEU shall consist of one judge from each Member State,2) it merely sets forth that it shall be assisted by AG. By virtue of Article 252 TFEU, there are fewer AG than there are Member States, totaling eleven. Before the UK’s withdrawal, there used to be six permanent AG to be nominated by France, Germany, Italy, Poland, Spain and the UK. The other five AG would be nominated on the basis of a rotation system. This system was established on the basis of a declaration of the Member States attached to the Act of Accession of 1995. This declaration and the 38. Declaration on Article 252 TFEU appear to be the only documents that establish a “link” between the positions of AG and particular Member States. As Halberstam notes, these declarations are most likely purely political and thus a “good will statement”.

The essential question, hence, is whether the AG’s mandate is necessarily tied to the nominating Member State. If it is merely a right to nominate, Sharpston’s mandate could not have automatically ended on 1 February 2020 by virtue of the UK’s withdrawal from the UK. In this case, one must necessarily ask the question which “event” actually did (for a thorough discussion of the different possibilities, see Crone). The CJEU, however, appears to say that the mandate of an AG is necessarily tied to a particular Member State (i.e. there used to be a “British” AG) without offering much insight into its legal considerations and its interpretation of EU primary law. We are left wondering. 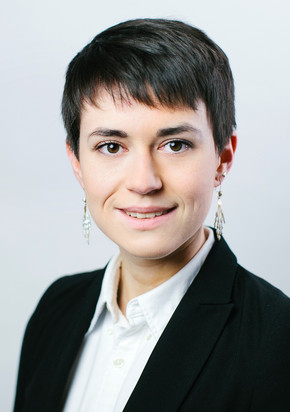 Sophie Bohnert Sophie Bohnert is university assistant (prae doc) at the Institute for European and International Law at the Vienna University of Economics and Business.