On 16 February the Court of Justice of the European Union handed down its long-awaited judgment on Regulation 2020/2092 on a general regime of conditionality for the protection of the Union budget, in force since 1 January 2021 (see here for an analysis). With this ruling the Court dismissed the actions brought by Hungary and Poland against the mechanism in March 2021 and settled the legal dispute over the new rule of law tool.

Members of the European Parliament were quick to emphasize that with this ruling the last obstacle for the implementation of the regime had been removed. As Guardian of the Treaties and initiator of any action under the regulation, all eyes therefore have turned to the European Commission. The Commission, however, has destroyed hopes of swift action by announcing that it “will now analyse carefully the reasoning of the judgments and their possible impact on the further steps we will take under the Regulation. Taking into account these judgments, we will adopt in the following weeks guidelines providing further clarity about how we apply the mechanism in practice.”

It now seems that after the ruling is before the ruling. The Commission is intent on continuing with its wait-and-see approach, a situation which Hungarian MEP Katalin Cseh compared to the Netflix movie “Don’t look up”, in which the President of the United States decides to ignore the huge comet approaching the earth. While in the movie the comet finally destroys the planet, the European Parliament, however, is determined not to let it come to that. It has made clear that it will not tolerate this policy of looking the other way and has taken up arms.

As a consequence, while the legal dispute might be settled, the political dispute surrounding the Commission’s stoic inaction continues. In fact, the interinstitutional conflict that has been unfolding between the Commission and the European Parliament since the adoption of the mechanism in December 2020 has entered a new stage. A drama in three acts.

Although the conditionality mechanism has been in force since January 2021 and although there is enough evidence that the deteriorating rule of law situations in Hungary and Poland negatively impact on the implementation of the EU budget, the Commission decided not to initiate the mechanism against the two member states.

The reason for the Commission’s inaction is its adherence to the compromise brokered by the European Council in December 2020: Pressured by Hungary and Poland, the heads of governments and states attached a political declaration to the EUCO Conclusions that added extra political conditions for the activation of the mechanism and which changed the text of the regulation in a legally questionable way (see here and here). Essentially, the Commission promised two things: first, not to initiate the mechanism until a possible action for annulment lodged by Hungary and Poland before the Court of Justice has been decided, and second, to draft guidelines for the implementation of the regulation before implementing them.

While Commission President Ursula von der Leyen – whose former boss Angela Merkel was the main author of the compromise – repeatedly promised that every case will be pursued and that communications will be sent within a matter of weeks, she on several occasions made clear that formal proceedings will not be initiated before the ECJ ruling. After the October 2021 European Council for example she announced that no measures would be taken before the ruling but that in the meantime “we can send letters, ask for information or questions that are necessary to be asked.” Indeed, von der Leyen sent letters under Article 6 (4) of the regulation to both the Hungarian and the Polish governments in November 2021. These letters, however, only have the task of gathering information and do not officially trigger the mechanism.

The Commission’s willingness to give in to the European Council’s demands and to make no use of its leverage was met by the majority of the European Parliament’s groups with a complete lack of understanding. The Parliament voiced concerns about the EUCO compromise and started reminding the Commission of its task as Guardian of the Treaties. What followed was a series of resolutions culminating in a lawsuit against the Commission in November 2021.

In a first resolution adopted on 17 December 2020, the Parliament reminded the Commission that it had to be completely independent and that it may not take any instructions. Moreover, it threatened that it had “several legal means at its disposal to make sure that the Commission respects its treaty obligation” and for the first time mentioned the possibility of Article 265 TFEU, the procedure for a failure to act.

A second resolution dating from 25 March 2021 noticed “with disappointment the absence of any written notification to Member States since the entry into force of the Regulation, despite many concerns about the breaches of the rule of law identified in the Commission’s 2020 Rule of Law Report”. While the document emphasised that the regulation could not be subject to guidelines, it at the same time requested the Commission to prepare these guidelines by 1 June 2021 and consult the EP on these. If the Commission fails to do so, “the Parliament will consider this to constitute a failure to act and subsequently shall take action under Article 265 of the TFEU against the Commission”.

The Commission, however, let the deadline pass and presented its guidelines only days later. As a result, the groups of S&D, Renew, Verts/ALDE and The Left reaffirmed their position in a third resolution on 10 June, arguing that the absence of any action under the regulation “constitutes a refusal by the Commission to fulfil its obligations under it”. Also, they argued that not meeting the deadline “constitutes a sufficient basis for taking legal action against the Commission under Article 265 TFEU”. Therefore, it “instructs its President to call on the Commission, within two weeks from the date of adoption of this resolution at the latest, on the basis of Article 265 TFEU, to fulfil its obligations under this regulation […] [and] immediately start the necessary preparations for potential court proceedings under Article 265 TFEU against the Commission”.

European Parliament President Sassoli complied with this request and sent a letter to Ursula von der Leyen on 23 June 2021, calling onto the Commission “to fulfil its obligations as the Guardian of the Treaties and to ensure the full and immediate application of the Regulation”. In her reply two months later, Commission President von der Leyen pretended not to understand, arguing that the Parliament’s request to act was not sufficiently clear and that therefore the Commission could not define a position on the Parliament’s request to open procedures. Despite mounting pressure, the Commission thus continued to stick slavishly to its promise given to the European Council.

After several threats without any subsequent action and enough “political theatrics”, the open defiance by the Commission left the European Parliament with only one choice, namely to finally make its threat a reality. Act 2 of the interinstitutional conflict thus ended on 29 October 2021 with President Sassoli’s announcement that the Legal Service had filed a lawsuit for failure to act against the Commission before the Court of Justice of the EU.

Act 3: Going for the money?

Neither the pending lawsuit, nor the recent ruling on the mechanism seems to have an influence on the Commission’s (in)action. The Commission is simply continuing its wait-and-see approach (or delaying tactics), although its major excuse for not triggering the mechanism, the pending legal dispute, has become obsolete.

Immediately after the ruling Green and liberal MEPs have started suggesting two new instruments that could be used to intensify pressure on the Commission. The first is the idea to punish the Commission financially by cutting certain parts of the Commission budget. Accordingly, German MEP Moritz Körner introduced an amendment to the Guidelines for the 2023 budget that “considers putting the funds foreseen for the Commission President and its cabinet in reserve until the rule of law mechanism is applied.” As he told German newspaper Welt, „If Ursula von der Leyen is not willing to cut EU funding to the enemies of the rule of law, the defenders of the rule of law will have to cut EU funding from von der Leyen.“ While it is far from certain that this amendment will be adopted, it sends a strong signal to the Commission about how determined the Parliament is and will certainly intensify the interinstitutional conflict.

The second option voiced in particular by Green MEPs is to postpone the discharge procedure. In the plenary debate after the ruling MEP Terry Reintke said: “We have to do something. And that will also mean considering the postponement of the discharge of the Commission until you no longer fail the responsibility to protect this Union and its citizens.“ The discharge procedure is the Parliament’s most powerful weapon when it comes to controlling the implementation of the annual EU budget. Although refusing or postponing the discharge has no legal consequences, it constitutes a powerful political signal to the Commission which it can hardly ignore.

The inaction by the Commission after the entry into force of Regulation 2020/2092 has led to a substantial interinstitutional conflict between two supranational institutions that should be on the same side with respect to the protection of the EU’s fundamental values. While the conflict has entered the next stage, it is not clear when and how will it end. What is clear, however, is that those who benefit from the conflict are once again the governments of Hungary and Poland, as they can continue to consolidate their authoritarian regimes with the help of EU funds. And it is likely that this will not change anytime soon. As has been reported, there are new political reasons that speak against the activation of the mechanism, not least the general elections in Hungary scheduled for 3 April 2022. So “don’t look up” seems to remain the Commission’s motto.

DOWNLOAD PDF
LICENSED UNDER CC BY SA
SUGGESTED CITATION  Priebus, Sonja: Not looking up: The Commission’s wait-and-see approach after the conditionality mechanism ruling and its consequences, VerfBlog, 2022/2/22, https://verfassungsblog.de/not-looking-up/, DOI: 10.17176/20220222-121125-0. 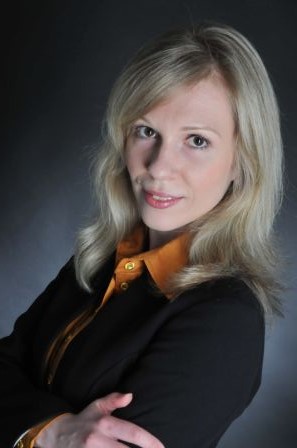 Sonja Priebus Dr. Sonja Priebus is a postdoctoral researcher and lecturer at Viadrina University of Frankfurt/Oder.

Other posts about this region:
Europa, Polen, Ungarn No Comments Join the discussion
Go to Top