Of Rhetoric and Reality: The Nobel Peace Prize and Conflict-Related Sexualized Violence

Tonight, Denis Mukwege and Nadia Murad will jointly receive the Nobel Peace Prize in Oslo, Norway, “for their efforts to end the use of sexual violence as a weapon of war and armed conflict”.

Mukwege is a Congolese gynaecologist and human rights activist. He is the founder and medical director of Panzi-Hospital in Bukavu, DRC, where he treats survivors of sexualized violence. Murad is a Yazidi human rights activist and survivor of conflict-related sexualized violence. She is UNODC Goodwill Ambassador for the Dignity of Survivors of Human Trafficking and has addressed the UN Security Council and General Assembly at several occasions.

The Nobel Prize will not just be awarded to them as an acknowledgment of their personal courage and achievements. It is rather meant to serve – as it is often the case – as a signal. The chairwoman of the Norwegian Nobel Committee, Berit Reiss-Andersen, previously announced that the prize is intended to “send out a message of awareness that women, who constitute half of the population in most communities, actually are used as a weapon of war, and that they need protection and that the perpetrators have to be prosecuted and held responsible for their actions”.

This year’s Nobel Peace Prize surely does certainly not address a new development. Sexualized violence is a constant feature of armed conflicts. The only thing that has changed is our understanding and response to it: For a long time, sexualized violence was viewed as an unfortunate yet natural by-product of war – an unavoidable part of the “rapelootpillage” paradigm. This has aptly been labelled by Maria Eriksson Baaz and Maria Stern in their significant work entitled Sexual Violence as a Weapon of War as the sexed narrative. The basic idea behind it is that rape is a part of war because war is waged by men who are biologically driven by their heterosexual needs. The shortcomings of this narrative are obvious: Apart from casting the male sex in a rather negative light, it is both essentializing and deterministic, but most importantly, it renders wartime rape inevitable, thereby having a naturalizing and depoliticizing effect.

Scholars therefore subsequently replaced (or rather reworked) the sexed narrative with the gendered narrative, which focuses on socially produced gendered identities rather than sex/biology and revolves around the concept of militarized masculinities. The gendered narrative also aids in illustrating that sexualized violence during wartime is not a singularity of war. Rather, it must be understood as forming part of a continuum of gender-based violence which has its roots in pre-existing structures of gender inequality and does not end with a peace-deal.

The gendered narrative overlaps with and forms an important part of another line of explanation – the weapon of war narrative. This is today’s dominant – if not sole – narrative on conflict-related sexualized violence and it features prominently in the Nobel Committee’s statement. According to this narrative, sexualized violence during conflict is employed strategically by rational actors who are therefore to be treated as culpable and punishable subjects. The weapon of war narrative shapes the current understanding and responses to conflict-related sexual violence in academia, policy and practice. It is appealing because it moves beyond ignorance and silence, focusing the international community’s attention on the usage of sexualized violence during armed conflicts, and forces it to increase its efforts to end this practice by breaking with the view of rape as a tragic but inevitable outcome of war. Yet, the narrative is not free from criticism: Baaz and Stern, for instance, explain that it does not always fully reflect the realities of the complex conflict situations to which it is applied and, due to its universalizing narrative, conceals and excludes certain subjects and accounts which could improve our understanding of conflict-related sexualized violence. In addition, the weapon of war narrative also perpetuates certain characteristics of the sexed narrative. As  Kelly-Jo Bluen and Tshegofatso Senne note, it “relies on both gendered and victim-perpetrator binaries, essentialising women and barbarizing men in such ways as to often reproduce colonial representations of black men and women”.

It is, however, not only our conceptual understanding of wartime sexualized violence that has changed over the past decades, it is also our response to this phenomenon: Importance is now increasingly placed on criminal accountability. While crimes of sexualized violence were not addressed in Nuremberg or Tokyo, they played an important role in the practice of all subsequent international(ized) criminal courts, such as the International Criminal Tribunal for the Former Yugoslavia, the International Criminal Tribunal for Rwanda, the Special Court for Sierra Leone, the Extraordinary Chambers in the Criminal Courts of Cambodia and the Extraordinary African Chambers in the Senegalese Courts.

The creation of the International Criminal Court (ICC) marks an important development with regard to the prosecution of conflict-related sexualized violence. The ICC has often been lauded for its broad inclusion of sexual and gender-based violence as crimes under international law. The Rome Statute lists rape, sexual slavery, enforced prostitution, forced pregnancy, enforced sterilization, and any other form of sexual violence of comparable gravity as crimes against humanity and war crimes. It also recognizes gender-based persecution as a crime against humanity. Furthermore, it acknowledges that sexualized violence can constitute genocide: Although the Statute only mentions “causing serious bodily or mental harm to members of the group”, the Elements of Crimes contain a footnote stating that “[t]his conduct may include, but is not necessarily restricted to, acts of torture, rape, sexual violence or inhuman or degrading treatment”. They furthermore explicitly refer to rape as being a gender-neutral crime. Together with the regulations on sexual violence in the Rules of Procedure and Evidence, holding inter alia that credibility, character or predisposition to sexual availability of a victim cannot be inferred by reason of the sexual nature of the prior or subsequent conduct and that prior or subsequent sexual conduct of a victim shall not be allowed into evidence, they form part of the ICC’s progressive approach towards gender justice.

Despite this robust legal framework, the actual enforcement of these provisions has – at least initially – been a disappointment. Some observers seem to recognize manifestations of the outdated narratives in the ICC’s approach. As Louise Chappell notes “the predominant path of the ICC’s early years has been toward gender misrecognition and ongoing gender status subordination”.

When looking at the outcome of the first case before the ICC against Lubanga, we find that victims of sexual and gender-based violence were largely ignored. Despite clear evidence of sexual crimes, the prosecutor chose not to bring any charges. He was later even criticized for this by the Trial Chamber holding that it “strongly deprecated the attitude of the former Prosecutor in relation to the issue of sexual violence”. In addition, during the Lubanga proceedings, signs of a conceptual misunderstanding of sexualized violence surfaced: While the prosecution repeatedly described that male child soldiers were forced to rape, it failed to conceptualize this as a form of sexualized violence.

Sharp criticism concerning the court’s approach towards sexual and gender-based crimes was also raised in the subsequent cases against Bemba, Katanga, Muthaura and Kenyatta. The first positive turn was marked by the launch of a Policy Paper on Sexual and Gender-Based Crimes by the Office of the Prosecutor in 2014. As Valerie Oosterveld delineates, the paper is significant for a number of reasons: First, it proposes a comprehensive understanding of gender, thereby avoiding the pervasive but highly problematic conflation of gender with women. Secondly, it illustrates how the definition of gender in the Rome Statute should be applied in practice. Third, it explains what gender-sensitive investigations and prosecutions entail, thereby facilitating the exercise of gender-competent complementarity and helping to reduce what scholars have called the gender justice shadow of complementarity.

The 2016 conviction of Bemba inter alia for rape as a crime against humanity and a war crime was celebrated by many commentators and deemed a landmark judgment in terms of the prosecution of sexual violence. Also in 2016, the confirmation of charges decision in the case against Ongwen was interpreted as a sign of hope for gender justice at the ICC, as 19 of the 70 charges against Ongwen relate to sexual and gender-based violence, rendering him the first person to be charged with forced marriage and forced pregnancy before the ICC. An interesting opportunity also lies ahead in the case against Al Hassan, where the crime of gender-based persecution will likely be charged for the first time. This would mean that the Court will have to rule on the interpretation of “one of the most controversial words in its statute: ‘gender’”.

These positive developments in terms of gender justice at the ICC were seemingly halted in June this year: The unexpected acquittal of Bemba by the Appeals Chamber came as a shock to many. This decision means that during the 20 years of the existence of the Rome Statute, not a single successful conviction for sexual and gender-based crimes was achieved by the Court.  Whether Bemba’s acquittal in fact constitutes a setback on the ICC’s path towards gender justice is doubtful, in particular because the decision mainly concerned procedural matters, such as the applicable standard of review and the scope of charges. Nonetheless, it demonstrates that achieving justice for victims of sexual and gender-based crimes requires a constant focus, especially at the investigations stage.

Anniversaries and prize-givings are seldom a time for criticism but rather seem to call for praise and celebration. Nonetheless, this year’s 20th anniversary of the Rome Statute together with today’s Nobel Peace Prize ceremony should serve as a reminder that the problem of conflict-related sexualized violence is far from solved. Complex problems require complex solutions. Simplifying narratives contribute to such problems and hinder adequate solutions. The ICC as well as academics, policy makers, and practitioners should acknowledge and grapple with this complexity. 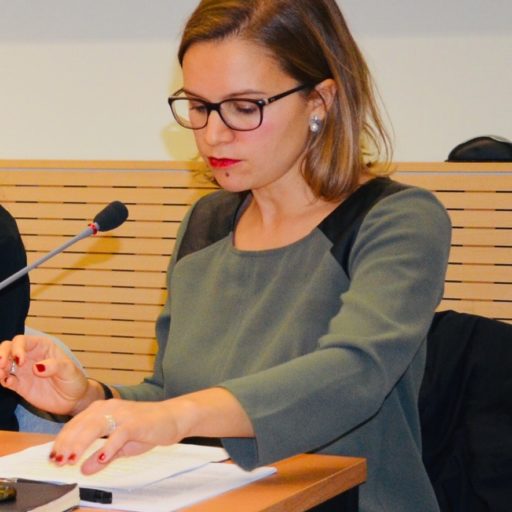 Leonie Steinl Dr. Leonie Steinl, LL.M. (Columbia) is a research assistant at Hamburg University, where she works in a DFG-project on "Strategic Litigation Networks and Accountability for Gross Violations of Human Rights" headed by Prof. Dr. Florian Jeßberger.