On illegal push-backs into the EU

On 29 December 2020, the Constitutional Court of Serbia (CCS) adopted a decision (Už-1823/2017) upholding the constitutional appeal filed on behalf of 17 Afghani migrants, who were expelled into Bulgaria although they had expressed the intention to seek asylum in the Republic of Serbia (RS) in 2017. It found that the Ministry of the Interior (Police Directorate – Gradina Border Police Station (BPS)) violated the prohibition of expulsion and inhuman treatment – both guaranteed in the Serbian Constitution.

According to the Belgrade Centre for Human Rights’ (BCHR) legal team, it is the first decision to finally recognize what has become a reality – for many years numerous violations on the prohibition of expulsion and inhuman treatment do happen on the borders of RS.  This reality inter alia has its origins in July 2016 when the Serbian Government adopted a Decision on the Establishment of Joint Police-Army Forces to combat illegal migration and human trafficking along the border with North Macedonia and Bulgaria. This decision facilitated pushbacks of foreigners, who were denied the opportunity to access the asylum procedure in Serbia. In March 2017, the Ministry of Defense said that 20,000 people had been “prevented from crossing the border illegally”. In such a climate, it was inevitable that some incidents of illegal collective expulsion would occur, depriving the rights of persons who want to seek asylum in RS.

In cooperation with the Gendarmerie and Army of Serbia, the Gradina BPS patrol on 3 February 2017 stopped a vehicle on the road to Dimitrovgrad. The officers deprived the inmates, one Pakistani and 24 Afghans, of their liberty. After hauling them into the police station,  the Gradina officers identified, fingerprinted and photographed the foreigners and entered their data in the relevant police databases. They then handed them a factsheet outlining their rights and locked them up in the holding cells in the basement of the police station, in conditions which can definitely be qualified as inhuman and degrading. The applicants were held in such conditions for nearly 12 hours, without the opportunity to engage a legal representative. They were then driven to the Pirot Misdemeanour Court, where the police filed motions initiating misdemeanour proceedings against them.

The judge issued rulings discontinuing the misdemeanour proceedings after she ascertained that the defendants were in need of international protection. After the foreigners described the dire conditions in the Bulgarian refugee centres and claimed that the Bulgarian police had ill-treated them and seized their money, the judge concluded that their deportation to Bulgaria under the Serbia-EU Readmission Agreement was inadmissible because of a potential treatment contrary to the absolute prohibition of torture. After the judge notified them of their right to seek asylum in RS, the foreigners expressed the intention to seek asylum. Eventually, the judge ordered the representatives of the Gradina PBS and the Commissariat for Refugees and Migration to issue certificates of intent to seek asylum to the foreigners.

Since at the time the Asylum Centre in Krnjača was overcrowded, the foreigners were referred to the Divljana Reception Centre in Bela Palanka. After they were issued the certificates the Afghani group boarded a police van. They spent about an hour and a half in the van, convinced they were on their way to the Divljana Reception Centre.  However, at one point the vehicle stopped and the officers ordered them to disembark. According to their claim, the police then searched the migrants and seized and destroyed all documents issued in Serbia and all other items indicating they had been in Serbia. The officers then ordered them to head through the woods and return to Bulgaria, across the so-called “green line”. Those who refused to comply with the order were kicked several times.

The applicants spent the night in the woods at below freezing temperatures and then headed towards Sofia.

The CCS found that the applicants had not been given adequate professional legal aid from the moment they had been deprived of their liberty. They had not been provided with the services of a lawyer neither before nor during the misdemeanour proceedings although there were reasonable grounds to assume that they were refugees, unable to afford a lawyer themselves. The CCS further noted that, despite the fact that the foreigners at issue had legally been qualified as refugees from a war-torn area and subject to the legal procedure on treatment of refugees (thus granted protection under Serbian law), and had expressed the intention to seek asylum, the police action essentially led to their expulsion and comprised elements of inhuman treatment.

According to the CCS, the actions of the officers included elements of inhuman treatment because the foreigners – four of them under five and another three under seven years of age (!) – had been expelled to the territory of the Republic of Bulgaria, to the woods, at night, at a temperature of -20C.

Ultimately the CCS found that, in the case at hand, violations of the safeguards against expulsion with elements of inhumanity are reflected not only by the lack of individualised decisions ordering specific individuals to leave the territory of the RS, but also by the fact that the expulsion had been carried out in contravention of the Pirot Misdemeanour Court’s decisions, i.e. after the applicants expressed the intention to seek asylum in RS and before they started the asylum procedure.

The CCS awarded the applicants non-pecuniary damages of €1,000 per person payable in Serbian dinars. Because of the public interest, the decision will be published in the Official Gazette and will thus be publicly available.

The relevant authorities still have not processed the police officers who had acted in contravention of the Pirot Misdemeanour Court’s decisions and pushed the 17 refugees back to Bulgaria instead of taking them to the Divljana Reception Centre.

The state of Serbia has officially confirmed that the collective expulsion of persons in need of international protection by its state bodies existed, that it was illegal, and that it violated the Constitution of Serbia and the European Convention. As a consequence, the BCHR’s legal team is expecting that this decision will prevent further cases of collective and violent expulsion taken by Serbian officers and will secure access to the asylum procedure in RS to all those in need of international protection. The decision made by CCS should also clearly deter the police authorities of Serbia from continuing to use „pushbacks“ as a way of intimidating and discouraging refugees from entering Serbia.

Other posts about this region:
Europa, Serbien 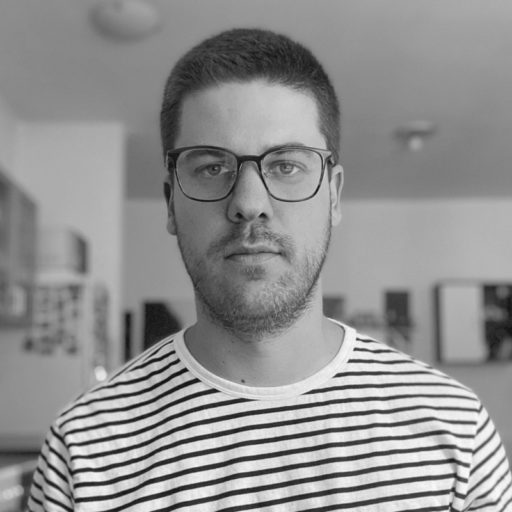 Other posts about this region:
Europa, Serbien 1 comment Join the discussion
to receive information about new articles and services of Verfassungsblog.de. I know that I may withdraw my consent at any time. More information in the privacy policy.
Verfassungsblog complies with the new GDPR.
Read about it in our Privacy Policy. I opt-out
permanently of anonymized tracking via Google Analytics on Verfasssungsblog.de. This will create a cookie on your device to save your decision.
Go to Top