On the Risk of Trying to Kill “Seven at a Blow”

Starting from the assumption that the existing framework regulating the acquisition and loss of European Union (EU) citizenship produces legal incoherencies that ultimately translate into “unnecessary human suffering”, Dora Kostakopoulou proposes a two-step reform. First, the status should be made inalienable to prevent its involuntary loss resulting from the withdrawal of a Member State nationality, or the withdrawal of a Member State from the EU. Second, there should be a parallel path to “Eurozenship” based on birth and long-term residence in the EU, irrespective of whether or not the person holds a Member State nationality. At first glance, her plea appears rather cunning, for it promises, like the brave little tailor in the Grimm Brothers’ fairytale, to kill “seven at a blow”. Indeed, in Dora’s account, breaking Member States’ definitional monopoly over EU citizenship could solve at once a variety of issues, ranging from: the consequences of statelessness, the collective deprivation of EU citizenship resulting from a Member State’s withdrawal from the Union, the loss of Member State nationality due to long term residence abroad, and the lack of uniformity in the application of EU law or precarious status of third-country nationals owing to different or exclusive naturalisation requirements across Member States.

I agree with Dora that political theorists should not be afraid of radicalism, as long as the proposed reform effectively achieves clearly defined and desirable goals (the utilitarian test) and is consistent with fundamental norms (the principled approach). Richard Bellamy already pointed to the potentially negative consequences of what he describes as a form of “mushroom reasoning” on some of the core principles underlying the European project, such as that of reciprocity. While I broadly share Richard’s conclusion, my main concern here is that Dora’s proposal may not entirely satisfy the utilitarian test requirements. In other words, instead of killing seven flies at a blow, it may end up killing none. In what follows, I will briefly explain why, and conclude that the multitude of distinctive issues produced by the existing regulatory framework rather call for a series of targeted and more modest reforms than an overarching solution.

A utilitarian test is like a doctor’s consultation. It must start from a precise and objective diagnosis of what is wrong under present conditions, and then evaluate whether the proposed remedy provides a suitable cure or at least alleviates the symptoms without creating new and potentially more debilitating ones. In the social world, the truth is often in the eye of the beholder, for the diagnosis itself essentially depends upon the practitioner’s normative inclinations. Dora is primarily concerned with cases of what we may call ‘under-inclusion’, whereby a person has a legitimate claim to EU citizenship status, but does not have it because of illegitimate state practices. She mentions several groups of individuals arguably falling under this category, such as those Russian-speakers long settled in Latvia who became stateless in the aftermath of the disintegration of the USSR; third-country nationals born or residing in a Member State that has no jus soli provisions for birthright citizenship or no appropriate path to ordinary naturalisation; and former European citizens whose Member State nationality either lapsed or was stripped away because they acquired it on fraudulent grounds or allegedly constitute a threat to the vital interests of the state. Assuming that all such persons have a legitimate claim for inclusion, offering them a Eurozenship that is not buttressed in a Member State nationality is unlikely to improve their lot in any significant way. The main reason for it is that EU citizenship is meant to complement – but not to substitute itself to – state nationality. This normative premise is embedded in the very institutional design of the EU’s multilevel citizenship architecture and has practical implications. Having a qualified right to move, not to be discriminated against, and to vote in local elections in a country where one was once considered a foreigner is a valuable addition to the rights derived from Member State nationality. It does not, however, constitute a credible alternative to it. Instead of a second path to a Eurozenship of free and equal citizens, we may well end up creating a second-class citizenship that would not satisfy the aspirations of those who are unduly kept out of a Member State’s national community, be they stateless of third-country nationals. Besides, creating a compensatory route to a European citizenship emptied of its national core provides reluctant Member States with a convenient excuse for not putting an end to their exclusion.

Member States’ citizenship regimes are under-inclusive towards certain groups. They are also over-inclusive towards others. Co-ethnic policies targeting populations without an actual link to the political community other than a faded family bond with a long-deceased national can be found in several Member States. In a similar vein, so-called “Golden Passport” programmes targeting foreign investors eager to buy their way into European citizenship have been widely seen as over-inclusive, especially when they are not tied to a residence requirement. In theory, over-inclusive state practices pose a more immediate challenge to Eurozenship, for they may breed conflict among Member States suspecting each other of undermining their immigration control policy. But Dora’s proposal, which deliberately refrains from encroaching upon Member States’ sovereignty in matters of nationality, would not help solve this issue.

Would it be more effective in addressing the consequences of BREXIT, as Dora suggests?  Consecrating the inalienability of European citizenship status would indeed benefit all sixty-six million British citizens by allowing them to remain European citizens, even if their country actually leaves the EU. On the other hand, it would not help in preserving the rights of EU citizens residing outside the Union’s territorial jurisdiction, should the UK become a third country. One could even argue, with the blend of cynicism and realism that have permeated BREXIT negotiations thus far, that taking off the bargaining table the perspective of a reciprocal agreement mutually protecting migrant populations on both sides of the Channel may further undermine the status of current and future EU citizens residing in the UK. The principle of reciprocity may well not only be the cornerstone of European integration, but also of European dis-integration.

In sum, an autonomous Eurozenship may only marginally mitigate the problems arising from over- and under- inclusive state practices, partially limit the downgrading of rights engendered by the decision of the British people to exit the European Union, and further entrench illegitimate state practices. What are, then, the alternatives?

One radical solution would be to turn the normative hierarchy upside down, by making Member State nationality derivative of European citizenship and based upon residence instead of the other way around. The rules of acquisition and loss of European citizenship would thus be determined at EU level and uniformly applied across its jurisdiction, Member States essentially surrendering one of the last bastions of their sovereignty. The European Union would then walk in the footsteps of several historical federations, such as the US, Germany, and to a lesser extent, Switzerland. I see at least two reasons why such bold move should be taken cautiously. First, the centralisation of citizenship powers often came in the wake of dramatic events. After all, the introduction of the 14th amendment in the American constitution costed no less than a civil war, and the European demoi are unlikely to support a similar reform in the absence of a major systemic shock. Second, it would not necessarily translate into a more inclusive citizenship regime. Even in the unlikely scenario that Member States agree to adopt the most inclusive national dispositions currently in force across the Union as the basis of a putative Eurozenship regime, it would still fall short of unconditional jus soli at birth or naturalisation strictly based on residence. The experience of Switzerland, which combines a birthright regime almost exclusively based on jus sanguini with thick communal, cantonal and federal naturalisation criteria that must be met cumulatively, provides a sobering counter-example. Under present conditions, pushing for such reform would amount to taking a sledgehammer to kill flies: A disproportionate, unreasonable, dangerous and ultimately ill-suited tool for our purposes.

Ultimately, the solution may not lie in one architectonic change, but in a series of more modest and targeted reforms addressing one problem at a time. The inspiration for it would not come from a fairytale character, but from the experienced hunter, who knows that in reality, killing two birds with the same stone is next to impossible.

The metaphor invites us to act in a way that is consistent with two principles. First, just like killing flies and birds is inherently wrong unless it is absolutely necessary, a complete overhaul of a system that enjoys considerable legitimacy among Member States and citizens alike is inappropriate unless there is compelling evidence that the negative consequences it produces cannot be addressed through other, less radical means. Second and relatedly, problems that are different “in kind” rather call for different solutions than an overarching one. In practice, the multiple pitfalls of European citizenship should be addressed separately. I see at least two desirable changes. First, disentangling local citizenship from state citizenship, by expanding the municipal franchise to all residents, irrespective of their nationality. Local voting rights for third country nationals already exist in twelve Member States, and reluctant ones should be urged to put an end to the arbitrary discrimination between European and non-European local citizens. Second, limiting Member States’ room for manoeuvre in nationality law by setting EU-wide maximum and minimum standards on citizenship acquisition and loss that are consistent with democratic norms. While Eurozenship would still be formally derivative of Member State nationality, Member States could no longer super- or down-size the European citizenry in ways that flagrantly violate the EU’s fundamental principles.

In the current political climate, a.ny progressive reform, however modest, may well be infeasible. However, Dora’s ambitious proposal shows that we should not, at the very least, stop thinking about it altogether. 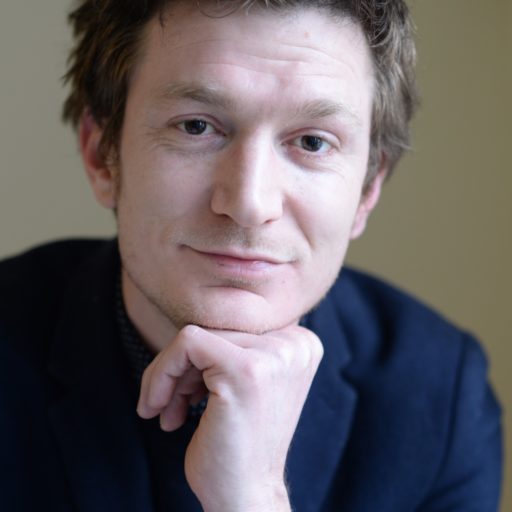