Once Again, a Laboratory for What Is to Come

Why Social Protests in Chile Have Turned Against the 1980 Constitution

It is known how fond Friedrich von Hayek was of the Chilean constitutional order as shaped by Pinochet with the 1980 constitution. With a letter now available online in her personal archive, Margaret Thatcher replied to a previous unavailable letter from Hayek on the outstanding economic performance of Pinochet’s Chile, reminding to the influential Austrian economist that ‘in Britain with our democratic institutions and the need for a high degree of consent, some of the measures adopted in Chile are quite unacceptable’. One can deduce from this answer the enthusiastic judgment given by the Austrian thinker on the Chilean experiment. What was, in that context, the main achievement of the Pinochet constitution? To have embedded the Chilean society into market rationality and have entrenched the separation between the economy and ordinary politics through constitutional technique. Hayek’s was an output-based assessment: it did not matter how the constitutional order had been crystallised. What really mattered were its concrete economic achievements. Indeed, Hayek was very much aware of the peculiar coupling between authoritarian liberalism and constitutionalisation that Chile was experimenting with. In light of the current social movement, a reference to what Hayek deemed to be an achievement in the Chilean case is a good starting point for a discussion of the 1980 constitution and its legacy. In particular, we want to stress the entrenching force exercised by that constitution over the Chilean political economy.

As Fernando Atria has explained, the 1980 Constitution contained different mechanisms (for him “locks”, in Spanish “cerrojos”) that have entrenched some of the core social, political, legal and economic arrangements inherited from the dictatorship. Those “locks” were, firstly, a “binomial” electoral system that excluded proportional representation of political minorities. Secondly, the introduction in the constitution of “organic constitutional laws” (leyes orgánicas constitucionales) has imposed a supra-majoritarian quorum of 4/7 to legislate in many relevant areas. Almost all of these “organic laws” were passed during the dictatorship and inherited by the democratic governments with small chances of being reformed. Thirdly, the Constitutional Court was given extended powers to review legislation (during and after the legislative process). Fourthly, a regulation for constitutional amendments that required supra-majoritarian quorums of 2/3 and 3/5. These four aspects of the 1980 constitution made it extremely rigid.

While some parts of the original constitution (those most obviously connected to the authoritarian regime) have been changed in the years following its enactment, almost all the “locks” remain in place. Accordingly, most of the parts concerning the economic constitution of the country are still substantially valid. The electoral system was modified in 2015. The new system has improved political representation in the Parliament, allowing more political parties access to the legislative assembly, and has increased women participation and cultural and ethnical diversity. Nevertheless, the core economic aspects of the constitution remain untouched. The supra-majoritarian quorums in the “organic areas” still requires the votes of the 4/7 of the members of parliament. It has prevented legitimate majorities from implementing their political programmes. On the other hand, a constitutional court with ex-ante review powers (and, of course, ex-post) has functioned in practice as a third legislative chamber. This institution is animated by a counter-majoritarian spirit and its approach to constitutional interpretation has favoured the rigidity of the original text. Finally, the demanding process for amending the constitution and the lack of a chapter for constitutional change have protected the original economic constitution from potential transformation.

Some paradigmatic cases of this entrenchment are represented by social rights. On the one hand, the constitution has functioned as the cornerstone for the co-option by markets of certain social rights, guaranteeing the existence of private provision in education, healthcare and pensions. In all these cases, explicit references of the constitution have entrenched the position of private providers and hampered reforms. Education is a paradigmatic example of how constitutional locks have been used to block changes in several occasions. For example, at least since 2006, Chile has seen the rise of a movement for educational reform that would help to tackle the structural inequalities of the Chilean society. This has been a recurrent issue discussed in the public sphere. Even though in some cases it was possible to reach consensus in the Parliament to pass educational reform bills (overcoming two “constitutional locks”: the binomial electoral system and a supra-majoritarian quorum of 4/7), a few of those bills were litigated before the Constitutional Court and significant elements of those bills were deemed unconstitutional, dismantling the goals of the reform in many different aspects.

Take another staple of the Pinochet’s constitutional order like price stability, which has also been entrenched with permanent effects for the potential of future political action. While initially skeptical about the principle of central bank independence, the military junta became increasingly sympathetic to the idea of an independent agency in charge of pursuing monetary policies according to technical knowledge. The alliance between the military and the private sector convinced the junta of the importance of protecting price stability as an unquestionable constitutional good. For this reason, one of the last acts of the Pinochet dictatorship was indeed to introduce a new organic constitutional law to make the Banco Central de Chile fully independent from political institutions, as a means to constitutionalise price stability. Hence, the Banco Central de Chile has enjoyed autonomous control over the implementation of monetary and credit policy and pursues the primary goal of securing price stability. Furthermore, the organic constitutional law attributed to it further political-economic powers: regulation of foreign debt, control over the exchange rate, foreign trade policy. This is where, once again, the locks were extremely effective in fencing off potential reforms, and preserving the autonomy of the central bank after the dictatorship.

Let’s take stock after this short and partial overview. The problem with the current Chilean constitutional order is that the formal constitution enacted in 1980 still plays a key role in framing political action. In other words, the issue with the legitimacy of the Chilean constitution is twofold: its legitimacy is questionable both in terms of its pedigree and in terms of its capacity to keep open the space for political action. The former is problematic at a symbolic and a substantial level: the constitution-making process was tainted from its very inception by its forced character. The latter is problematic because, with its numerous veto points, it closes down the space for political action as it entrenches issues of ordinary politics and makes it almost impossible to re-signify the constitutional order. We could capture this second issue by describing it as a case of over-constitutionalisation.

When observed against this constitutional background, it becomes more understandable why the protest against the increase of the subway ticket in Santiago soon became widespread and very quickly turned into a movement among whose main goals was the question of constitutional change. The demand for a constituent assembly implies the desire of opening up the political sphere and decrease the level of its constitutionalisation. In the process, there is something intriguing for the constitutional scholar. At one level, the movement does not seem to suffer from the fetishism for the autonomy of the political: the movement claims substantial social outcomes and there is no appetite for full delegation. But there is also no self-reflexive closure within the boundaries of social cooperation. At least until now, the request for a constituent assembly acknowledges the importance of engaging with the political machine and to take the constitution-making process away from experts. The challenge, here, lies in the articulation of the social and the political: a coupling that the constituent process ought to realise without authorising the collapse of the former into the second or the closure of the latter through another constitutionalisation. Though this is a fragile and risky process, it will be interesting to observe how it will unfold in the next few months. Chile might be, once again, a laboratory for what is to come. 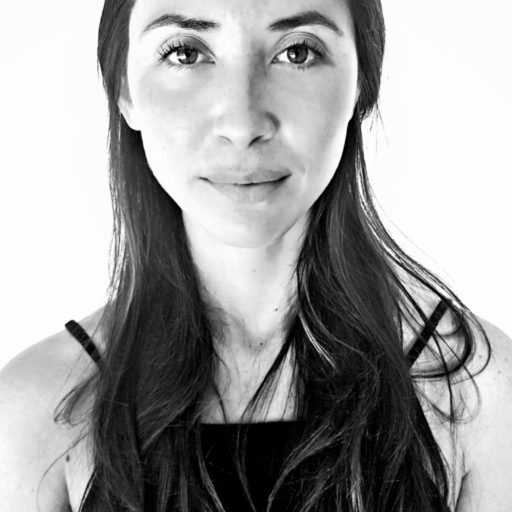