Gatekeepers and Hidden Barriers in Open Access and Academic Publishing

Open Access suggests the absence of gates and gatekeepers – but this is evidently not the case. Who gets to publish what and where is still very much a decision made by certain people in certain positions following certain procedures. Although Open Access carries the promise of removing barriers and democratising access, numerous barriers beyond the obvious ones like paywalls or processing charges exist or are being installed.

For many people, Open Access simply means reading scholarly works without having to pay for them directly or without being a member of an institution that provides access. Scholars, however, often encounter further barriers like article or book processing charges that require them to pay for a publication. Copyright and licensing restrictions can also pose obstacles to scholarly research. Removing those barriers, it often goes, is beneficial not only for research but also for justice as it enables scholars to participate in the academic discourse regardless of personal or institutional resources.

In the natural sciences, the discussion on Open Access began around the turn of the millennium. This is certainly not a coincidence as that time also marks the rise of the commercial internet. With some delay, the discussion has now arrived in legal science. But no matter which discipline, Open Access raises the question: Who should pay for making open content available? Authors or readers? Or even both? Framing a question like this seems to be counter-intuitive: Technologically, Open Access to scientific publications is no longer a problem and the costs of making texts available online are low. Of course, the production and dissemination of knowledge in the form of publications is not free. There is a lot of labour involved, that of the author only being the most visible. This labour needs to be paid (which it is often not).

However, the disappearance of barriers that come with the production of physical copies does not mean that power relations simply disappear. Such power relations encompass academic culture as well as imbalances in financial resources. Due to sometimes excessive publishing fees demanded by major publishers, existing academic hegemonies, for example between the Global North and the Global South, may even be reinforced when Open Access becomes the standard publication mode. For scholars, though, publishing their research seems to be all about the question: Where to be published? But not: How accessible is my research? And who is excluded from it? Or: Open for whom?

The incentives to contribute to well-established journals and publishers of high reputation still work. This relates to the strong position that major publishers have acquired within academia in the last 200 years. Traditionally, it was the role of publishers to acquire, select, edit, publish and distribute content. Today, the academic publishing industry has even broadened its activities and is currently shifting its business model towards information analysis.

At the same time, the number of publications that are not part of large publishing houses is increasing. Many of them are Open Access and community-led, often tied to universities. All of this is creating a vast amount of available scholarly publications that is scattered across the internet. Searching for academic publications can be overwhelming if the world wide web, unfiltered and unsorted, serves as a giant data base. These developments call for the emergence of  new infrastructure, actors, and ways of sorting, selecting and filtering.

How to Organize Open Knowledge Everyday

Verfassungsblog is built on openness. It is free of charge for readers and authors, it publishes pieces by eminent scholars as well as students and by researchers from the Global North as well as the Global South. However, Verfassungsblog, too, acts as an organizer of knowledge and as such is not without barriers. We receive a number of submissions each week, some of them actively acquired. In all of these cases we have to decide which to publish and which to reject. The quality of a submission is crucial and if a text does not meet a certain standard, it will be rejected – even after one or two rounds of review and revision that have cost us and the authors considerable time and effort.

Beyond that, there is a myriad of more or less soft criteria. One of them is that the text should analyse a current event. This is one of the characteristics distinguishing us from traditional journals and which exploits the full potential of a truly digital medium. But when is a topic “too old”? Obviously, there is no general answer to this question and making a decision is not always easy as a text may well be relevant, excellent and important even though it might be outdated for our purposes.

Another criterion is that of length. The hallmark of blog posts is their brevity. For Verfassungsblog this means that an article should have around 1,500 and not beyond 2,000 words. So, how should we deal with a text of 3,000 words that is well-crafted, concise and without redundancies? We need to and do make exceptions which, again, puts us in a position to decide about opening or closing access.

These and other processes of selection create barriers. Although some people perceive Open Access to mean that publications are just “dumped out there”, in most cases this is not true – and it is certainly not true for Open Access proponents who have been building structures to ensure that publications meet quality as well as technical standards. Yet, these kinds of barriers mostly remain implied and often invisible although they significantly shape the Open Access publication landscape.

In the case of Verfassungsblog, the fact that it functions as an organizer and as such creates barriers while being fully Open Access has been essential for its recognition by the German legal academic community. Closed-access publications behind commercial paywalls, however, are still dominating wide parts of the landscape of German legal scholarly publications. Germany’s legal academic community tends to appreciate that publishing Open Access benefits research and teaching. But still, scepticism, caution, and a lack of knowledge on innovations beyond the well-established publishing houses of high reputation remain.

Practices of Opening and Closing

Quality control is presumably one crucial reason why scholars still turn to publishing houses. This is, after all, one of the core functions they serve, together with editors and peer reviewers. Readers expect and trust that an article that is published in a renowned journal by an equally renowned publisher meets scientific standards. And, of course, this works the other way around, too: Having one’s work published with a renowned publisher or a reputable publication series is professionally important and personally rewarding. But those traditional and usually closed-access publications perform another function: selection. With more than 4 million journal articles published each year, this is crucial.

Researchers often rely on the perhaps five or six journals in their field, trusting that they are up to date with developments and sufficiently informed when they follow what is being published in those journals. The importance of both of those functions can hardly be overestimated as they ease the workload and help channelling the flood of publications pouring out into the internet every day.

It is also true, however, that selecting what is relevant makes it relevant. This means that editors, peer reviewers, and publishing houses not only mirror and channel the academic debate but are in a position to initiate or even suppress scholarly discourse through their selection process. Especially on a global scale, Open Access may thus reinforce the reproduction of already recognized relevance and excellence. While these gatekeepers of knowledge production are very visible for researchers, they remain largely hidden from the outside but play a decisive role in allocating the relatively scarce slots in widely recognized and renowned journals and publishing houses.

As part of our project on Open Access in legal academia (OZOR), funded by the German Federal Ministry of Education and Research, we have convened this symposium. We have invited international experts to share their perspectives on the state of play of Open Access publishing, on their experiences with Open Access publishing and on their thoughts about the actors and processes that drive the publishing world and how open (commercial) Open Access can really be.

We want to learn more about the gatekeepers of knowledge (the old and the new ones) and their processes of selecting publications (may they be visible or hidden). With this symposium, we hope to initiate a broader discussion on current issues and trends on Open Access in legal academia and how it affects publishing practices.

Like our first blog symposium that we organized as part of OZOR we do not consider this symposium closed. So if you would like to share your thoughts on Open Access and Academic Publishing then do send us a draft! 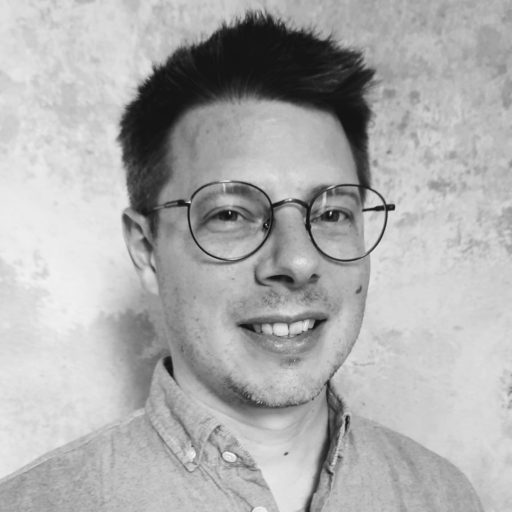 Georg Fischer Georg Fischer is a researcher in the BMBF project "Open Access to Public Law" (OZOR) and editor at Verfassungsblog.